The Jaguar F-PACE SVR gets taken to the next level 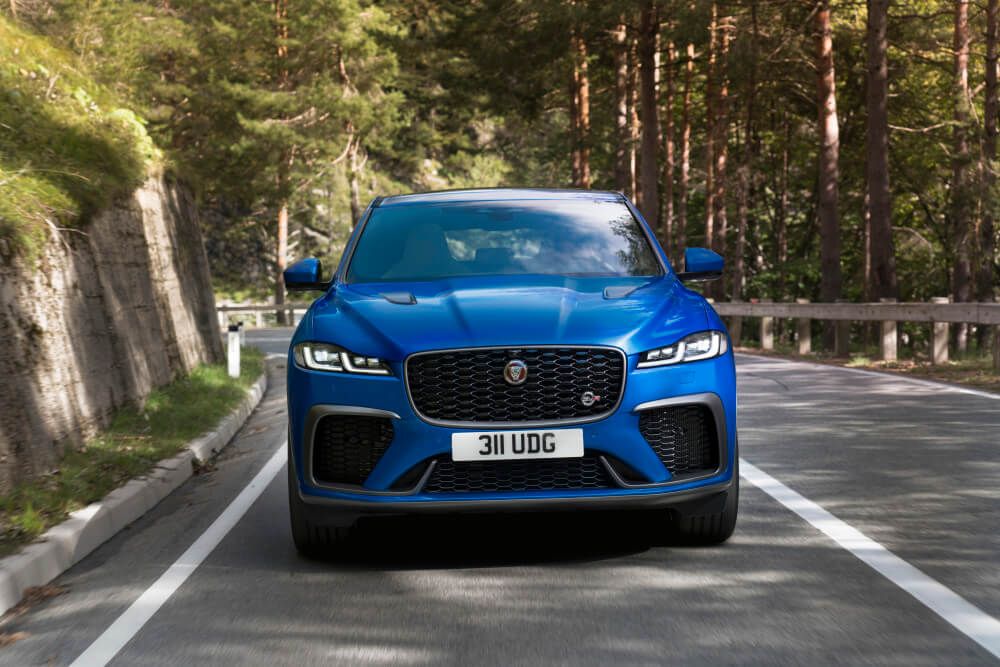 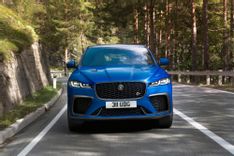 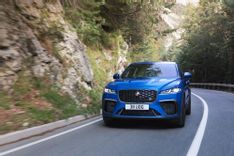 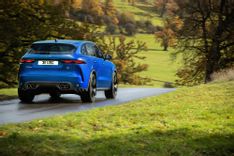 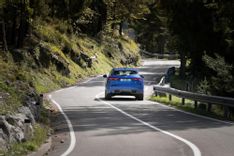 The Jaguar F-PACE SVR gets taken to the next level

Jaguar has revealed that the new Jaguar F-PACE SVR will be much faster than before as if having the title as Jaguar's highest-performing SUV was not enough. The F-PACE SVR represents the fine line between performance and luxury. It has become the pinnacle of performance in the SUV range and it seems that Jaguar plans to keep it that way. The new updates will be delivered by a combination of new hardware and the move to Jaguar’s advanced Electronic Vehicle Architecture (EVA 2.0).

The new F-PACE SVR will come packed with Jaguar’s exclusive 5.0-litre V8 Supercharged petrol engine, which will produce a whopping 405kW power and 700Nm torque. This increase in torque means that the F-PACE SVR will deliver a speedy performance with Jaguar already claiming that it's capable of accelerating from 0-100km/h in just 4.0 seconds, which is three-tenths faster than before. This powerful engine will come paired with Jaguar’s luxury eight-speed automatic transmission which delivers rapid gearshifts.

The powertrain that comes with the F-PACE SVR will feature the same torque converter used in the Jaguar XE SV Project 8 super sedan, which is used to withstand the higher loads produced. It also seems that the transmission and dynamics systems will also benefit from some steady tweaks. As the uprated Dynamic mode will come featured with a unique tuning, delivering a focused and honed driving experience. The steering system will also get enhanced as it comes with a new electronic power-assistance system delivering greater immediacy between the vehicle and driver.

Drivers will benefit further from the improved brake feel in the new F-PACE SVR. The 395mm (front) and 396mm (rear) two-piece disc brakes are now supported by a new Integrated Power Booster which, along with a recalibration of the system, which delivers a sportier and shorter brake pedal. Jaguar’s All-Wheel Drive with Intelligent Driveline Dynamics will also come standard.

The outside design of the new F-PACE SVR is inspired by SV’s motorsport experience while the inside gets a broad redesigned. The seat and door inserts are finished in Alcantara, with elements such as the central cubby and leather midroll wrapped in luxurious Windsor leather. There is a 12.3-inch HD Interactive Driver Display that comes wrapped in Alcantara with ebony stitching, while aluminium patterned finishers come standard, while open-pore carbon-fibre will be available as an option. Jaguar’s new Drive Selector will come finished in dimpled leather with heritage logo-inspired detailing and debossed SVR logo. The new SVR split-rim steering wheel is finished with tactile zinc-alloy shift paddles.

Other optional features are slimline semi-aniline leather sports seats with heritage logo-inspired diamond embroidery across the front shoulder section and features a unique perforation across the backrest, while the same pattern is used on the leather on the seatbacks.

The new Jaguar F-PACE SVR set to hit the shores of South Africa in the first half of 2021 and is already available to order now with a starting price of R1 835 700. All Jaguar vehicles come with a standard 5-year/100,000km Jaguar Care Plan and warranty.