The all-new and luxurious 2021 Jaguar F-PACE 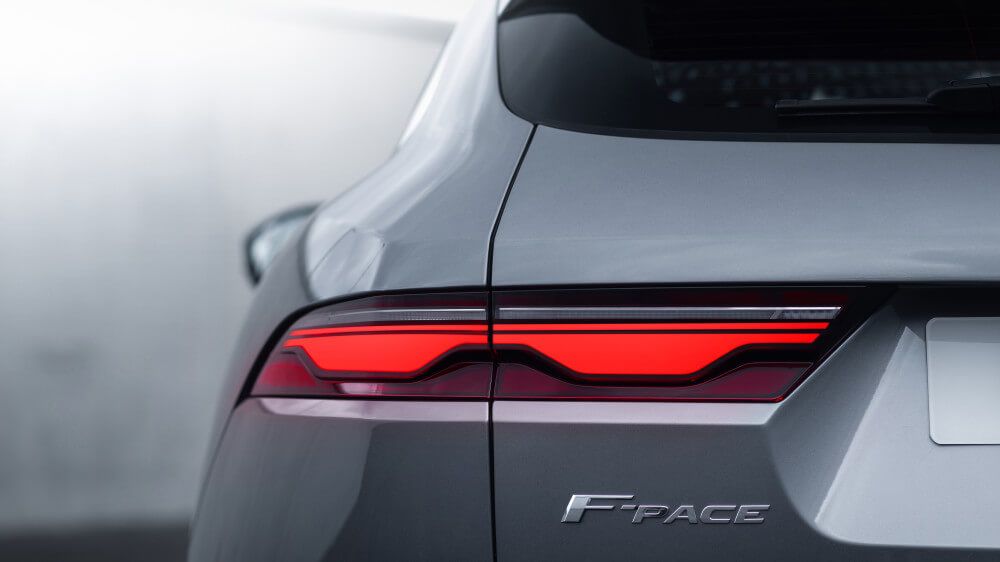 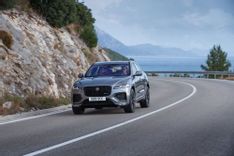 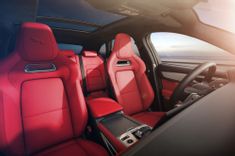 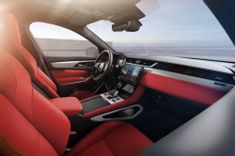 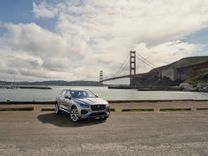 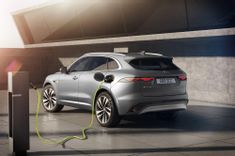 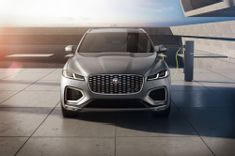 The all-new and luxurious 2021 Jaguar F-PACE

The Jaguar F-PACE remains one of Jaguar's most popular models and with good reason - its quick, spacious, and luxurious. The F-PACE first went into the market in 2016 and it has since become the biggest contributor to Jaguar's global sales, selling 48 484 units in 2019. Jaguar has clearly seen the demand for the F-PACE as they have recently revealed a new and upgraded Jaguar F-PACE.

The exterior of the new F-PACE looks a lot cleaner and more modern. The bonnet gets a new redesign by reducing the number of shutlines on the front of the car. The new F-PACE features an enlarged grille that has the Jaguar heritage logo-inspired in ‘diamond’ detailing, while the side fender vents will also now feature the iconic Leaper emblem. The new model also features a new front bumper that comes with redesigned air intakes and dark mesh detailing.

Another new feature on the F-PACE is the super slim all-LED quad headlights that come with ‘Double J’ Daytime Running Light (DRL) signatures, these are available with optional Pixel LED technology, which helps increase the resolution and brightness. Premium LED technology will also now come as standard across the F-PACE range and will now be available with Auto High Beam Assist on SE and HSE models.

The rear also comes with new features such as new slimline lights which feature Jaguar’s double chicane graphic which makes the width of the vehicle more prominent.

Like any R-Dynamic specification, the new F-PACE will come with a series of distinct design elements for a more performance-based look. All models will come available in an additional Black Exterior Pack, which gives the model a more edgy look with bespoke elements being finished in Gloss Black.

While on the petrol side of things, the 2.0-litre four-cylinder Ingenium petrol engine will produce 184kW and 365Nm of torque. On top of the range is of course the PHEV 2.0-litre four-cylinder turbo which produces 297kW and 640Nm from its petrol engine and 76kW from the electric motor. The new electric motor is powered by a 13.6kWh lithium-ion battery and does an impressive 0-100km/h figure of 5.3 seconds. All F-PACE models will feature eight-speed automatic transmissions and intelligent all-wheel drive.

The new F-PACE chassis have also been updated to support the new electrified engines and will enable the latest JaguarDrive Control and Auto Vehicle Hold. The JaguarDrive Control will feature Comfort, Eco, Rain-Ice-Snow, and Dynamic modes, which can be chosen manually by the driver based on the road conditions. While the Auto Vehicle Hold provides added convenience and smoother operation than the conventional Automatic Hill Hold.

The F-PACE does come with a whole new interior that screams out luxury. It comes with a new stylish cockpit, a new sporty centre console, faster in profile, and sweeps up to the instrument panel by incorporating a wireless charger and a greater console stowage. There are also new seats that feature wider cushioning, new massage functions, and enhanced coverage of the heated and cooling areas.

The inside will, of course, feature the integrated centrally mounted 11.4-inch curved-glass HD touchscreen which comes with an elegant magnesium alloy casing, this controls the new Pivi Pro infotainment system.

There is also a new 12.3-inch HD Interactive Driver Display that shows show full-screen navigation mapping with turn-by-turn instructions, digital dials, media, and contact lists. Together with the latest Head-up Display technology, the new F-PACE will give drivers all the information they need without distraction.

The new infotainment system will come standard with Apple CarPlay and Android Auto and will allow customers to connect two phones at the same time. There is also Wireless device charging with a phone signal booster that allows occupants to charge their smartphones faster.

To ensure that the vehicles always have the latest software, the Jaguar F-PACE will come with Software-Over-The-Air (SOTA) capability, which ensures that owners don’t have to visit retailers to receive software updates for the vehicle.

Pivi Pro connectivity is provided by the latest embedded dual-sim technology that comes with two LTE modems which enable the system to carry out multiple functions at the same time, such as streaming media and downloading SOTA updates, without compromising performance.

Other new modern features include Active Road Noise Cancellation technology that constantly monitors vibrations from the road surface and calculates the opposite phase sound wave needed to cancel out the noise heard by the occupants. There is also Cabin Air Ionisation which improves interior air quality through Nanoe technology, this done by removing allergens and unpleasant odours.

The new F-PACE further will further benefit from the latest generation of driver assistance technology which includes Clear Exit Monitor, which will alert both front and rear passengers to the presence of an approaching car or cyclist when exiting the vehicle, in which the Adaptive Cruise Control will automatically maintain a set distance from the vehicle in front. It will also include an Activity Key which can be used to lock, unlock, and start the vehicle without the need for the traditional key fob.

In terms of trim levels, customers can choose from S, SE R-DYNAMIC and HSE R-DYNAMIC with the optional on all models is the Black Exterior Pack.

The new Jaguar F-PACE will be launched in South Africa in the early quarter of 2021 with pricing to be announced closer to the time.