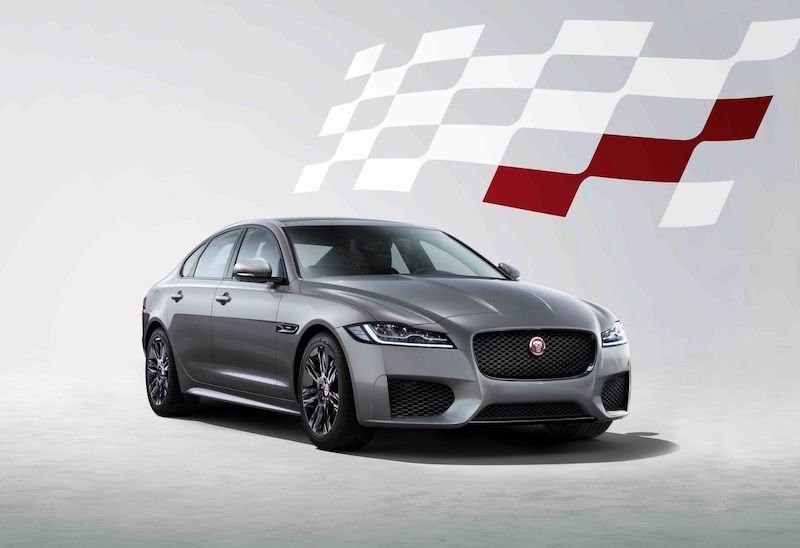 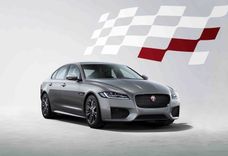 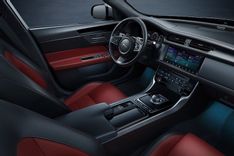 Jaguar has jumped on the special edition bandwagon and have unveiled the Chequered Flag edition, based on their XF executive sedan.

First introduced on the F-Type, the Chequered Flag editions celebrate the 70th anniversary of the British brand building sports cars. While the changes affect neither the driving experience nor performance, Chequered Flag models are furnished with a series of cosmetic updates to separate them from the rest of the XF family.

Ian Callum, Jaguar Director of Design, said: “The XF Sedan combines the elegance and exceptional performance which underline all Jaguars. The XF features a beautiful silhouette giving it a dynamic appearance perfectly suited to the Chequered Flag badge.”

A selection of exterior enhancements distinguish the Chequered Flag model from the rest of the range including unique badging on the side vents. Further design cues for a purposeful finish include a sport front bumper, Black Pack, body-coloured side sills, boot spoiler and 18-inch Chalice alloy wheels in Gloss Black Finish. The new special edition is available in a choice of three exterior colours - Yulong White, Santorini Black and Eiger Grey.

A selection of the most popular optional features fitted to the XF are also standard on the special edition. Navigation Pro with InControl Connect Pro includes Live Traffic which helps drivers avoid traffic jams for a more seamless journey, while it also allows users to share ETAs and routes from a computer or mobile app. Further features include the 12.3-inch Interactive Driver Display and keyless entry.

Expect both the sporty F-Type and XF Chequered Flag editions to reach South African shores before the middle of the year, with pricing announced closer to the time.