Jaguar I-Pace SVR ‘A Question of When, Not If’ 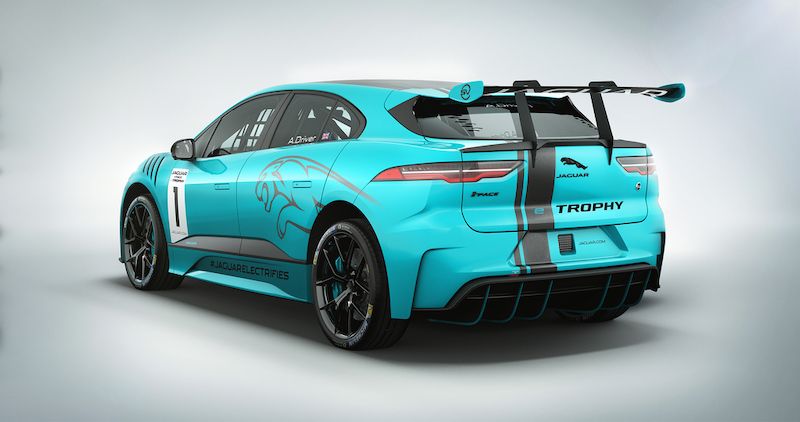 Jaguar I-Pace SVR ‘A Question of When, Not If’

Jaguar Land Rover’s in-house performance division ‘SVO’ is responsible for some of the most extreme models to come from the manufacturer. Some of their most notable models are the F-Pace SVR and the Range Rover Sport SVR, but it seems that they’ve recently shifted some of their focus to volume-selling models and have set their sights on the new electric I-Pace as their next project.

Although there is no official timeline or development schedule, Michael van der Sande, boss of SVO, says that the I-Pace SVR is a question of when, not if. This is due to the fact that a performance version of the I-Pace already exists as the I-Pace eTrophy race car in the electric Formula E, which is built and developed by SVO. “Those cars all come from our base in Oxford Road,” said van der Sande, “and they’ve taught us a lot. By the time you fit the roll-cage and race kit, they’re only slightly lighter than standard. “But the battery’s duty cycle is very different in racing. We’ve already learned plenty about battery management, heat management and software development that could be useful for road cars. When the call comes, we’ll be ready.”

Although the eTrophy is a race car, there isn’t a significant difference in power compared to the road-going I-Pace. The majority of its changes are chassis orientated. The I-Pace SVR would most likely receive a significant power boost over the current 295kW of power, which will get it from 0-100km/h faster than the I-Pace’s current 4.8-seconds. In addition to boosted power, the I-Pace SVR would also likely feature sportier styling and chassis modifications, making it more competitive against Tesla’s performance models.

The future of the I-Pace SVR depends on how well the high-spec I-Pace model sells right now. Over 9000 models were sold globally by mid-2019, so it will all come down to how it performs for the rest of the year.