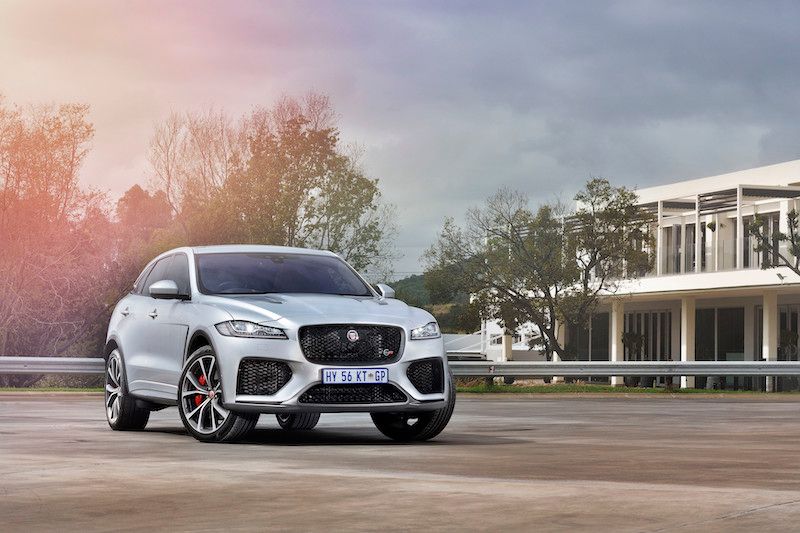 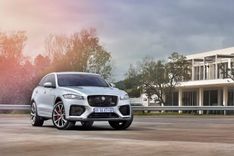 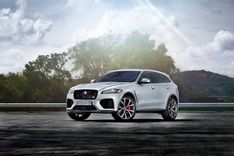 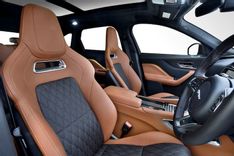 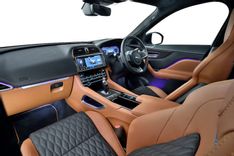 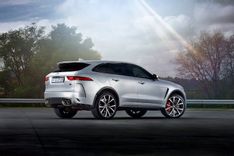 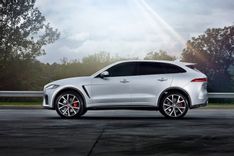 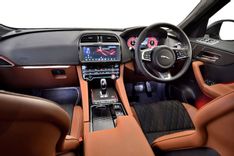 Jaguar’s eagerly awaited F-Pace SVR has finally arrived in South Africa, and the hot SUV will be making its debut at the very place it was derived from – motor racing. It should come as no surprise that it will be competing at its namesakes local event, an event that sees the quickest machines from all around the country converge on the small town of Knysna to contest the Jaguar Simola Hillclimb.

The F-Pace SVR has been engineered by JLR's Coventry-based Special Vehicle Operations division (SVO), and features a 5.0-litre supercharged V8 under its muscular vented bonnet. While the same motor produces 423kw and 700nm in the F-Type SVR and Range Rover Sport SVR, it has been detuned for the slightly smaller F-Pace, with outputs now standing at 405kw and 680nm. According to Jaguar, that’s enough to rocket this super-SUV from 0-100kph in just 4.3 seconds and onto a 283kph top speed.

The exterior of the SVR is suitably more sporty and muscular than its regular F-Pace brethren. Aerodynamic enhancements include larger air intakes at the front and side fender vents that lower pressure in the wheel arches, reducing lift and providing additional cooling while also assisting with high-speed stability. At the rear, a unique spoiler is joined by a new bumper housing the new active exhaust system’s quad tailpipes.

Speaking of the SVR’s Variable Valve Active Exhaust System, this system was inspired by the F-Type sports car, and aside from providing a throaty soundtrack, it is another factor behind the SVR’s increased performance capability. The advanced design allows increased exhaust flow and is 6.6kg lighter than the standard system.

It is track honed after all, with stiffer springs featuring – 30% in the front, 10% in the rear - ensuring there’s less body roll in corners. The SVR utilizes a rear Electronic Active Differential (EAD), and works in conjunction with a comprehensive range of advanced technologies, each calibrated to deliver increased on-road performance and handling.

The F-Pace SVR, incidentally Jaguar’s fastest and most powerful SUV, will be priced at R1 499 400, and includes a 5-year/100 000 km maintenance plan. Interestingly, it trounces its rivals in terms of sheer power, whilst offering a price advantage too. The 375kw Mercedes-AMG GLC 63 S is currently priced at R1 619 986, and the equally rapid Alfa Romeo Stelvio QV with 375kw carries a price tag of R1 699 900, making the F-Pace SVR something of a performance bargain in this company.

A pair of Indus Silver SVRs will contest the SUV and bakkie category at this weekend’s Jaguar Simola Hillclimb, with journalists Ashley Oldfield and Marius Roberts at the helms. Race fans can watch the 10th anniversary edition of the Jaguar Simola Hillclimb via livestream at http://www.youtube.com/user/JaguarSA1