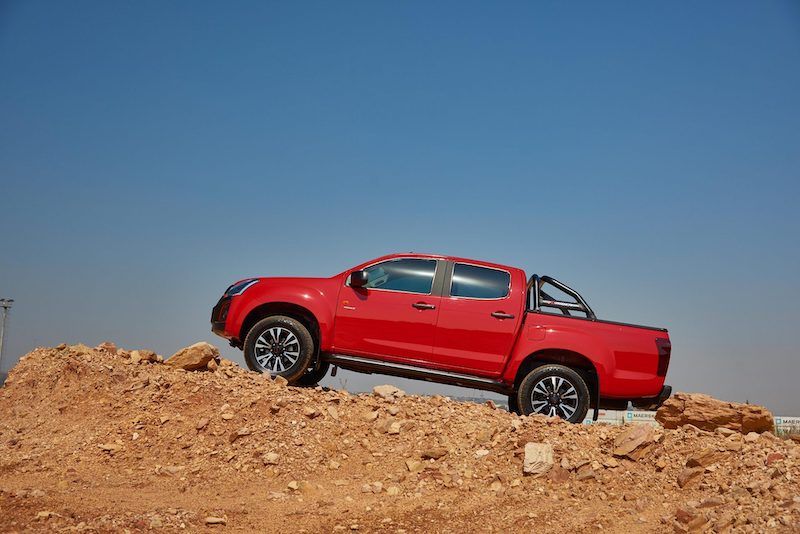 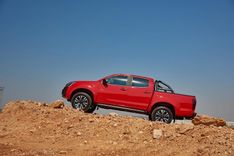 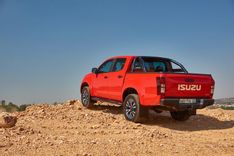 There is an old saying that if you want to buy a proper bakkie, you buy it from an automaker that only makes bakkies. By that reasoning, if you want a bakkie that is more focused towards luxuries then you buy a bakkie built by a car manufacturer. There might be some truth in this, because, as is the case with Isuzu, for over 40 years have been putting out some of the toughest, more dependable bakkies in South Africa.

The KB-range, manufactured locally for four decades, has always been the smart buyer’s choice if you wanted an ultimate workhorse. There are some bakkies that make a better recreational vehicle, but as a package - in your opinion at least – the KB represents the best of all worlds, at a competitive price.

Originally launched in 2016 as a limited edition variant, the X-Rider variant quickly became a favourite amongst bakkie-enthusiasts, which saw Isuzu adding the X-Rider Double Cab to the line-up as a permanent fixture, with it available either as a rear-wheel drive or four-wheel drive.

Finished in Maranello Red, the X-Rider stands out in a sea of dull coloured bakkies. Contrasting the red exterior are black tubular side steps and an X-Rider branded black sports bar, blacked out B-pillars, a black front bumper guard with integrated fog lights, and a tow bar at the rear. It also rides on 18-inch diamond-cut alloy wheels wrapped in meaty 255/60 Grabber AT all-terrain tyres, giving it a sizeable footprint in the rather status orientated local bakkie market.

Its interior is fairly special despite being relatively utilitarian in design, with the seats covered in a durable type of leather, with some tasty red stitching, not only on the seats, but on the leather-wrapped steering wheel and gear-lever boot. As is with the exterior, X-Rider logos embroided into the front head rests and positioned on the door trims remind you that you’re driving something pretty cool. The dash board is pretty much standard fare for a KB, with touches of piano black enhancing the durable hard plastic surfaces. The interior is sufficiently spacious too, with adequate space for four large adults.

Under the hood of the X-Rider is the same intercooled 2.5-litre turbo diesel motor utilized in the rest of the range. Its outputs might not be class leading – 100kw and 320nm available between 1,800 and 2,800rpm – but a close ratio 5-speed manual transmission always ensures there is adequate power on hand. This is clearly evident by the low average fuel consumption we achieved during our test – an impressive 7.8L/100kms – which actually matches Isuzu’s claimed figure.

It’s easy to toggle through 4x4 modes via a handy rotary knob located next to the gear shifter. And blessed with a ground clearance of 225mm, an approach angle of 30.0 degrees, a breakover angle of 22.4 degrees, and a departure angle of 22.7 degrees makes the X-Rider pretty handy off the beaten track. Combine that with a wading depth of 600mm and you have a really capable bakkie. That said, the X-Rider is also available in a more affordable 4x2 guise, with an optional rear differential lock if you plan to do some off-roading. Also, if you plan on lugging some weight, its bin can hold just over a ton, whilst its towing capacity is naturally down on the 3 tons the brawny KB300 can pull, the KB250 can tug a modest 2 tons.

Priced at R472 500, the X-Rider Double Cab represents incredible value and because of that, has a significant advantage over its rivals. It might produce slightly less power than its similarly specced Ford Ranger and Toyota Hilux rivals, but the Isuzu has proven itself to be a truly dependable South Africa stalwart that is not only bulletproof, but supremely capable when it comes to conquering South Africa’s toughest terrain. For further peace-of-mind, the X-Rider comes standard with a 5-year/90 000km service plan, and a 5-year/120 000km warranty. 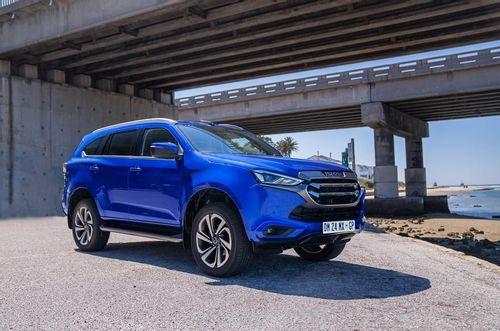