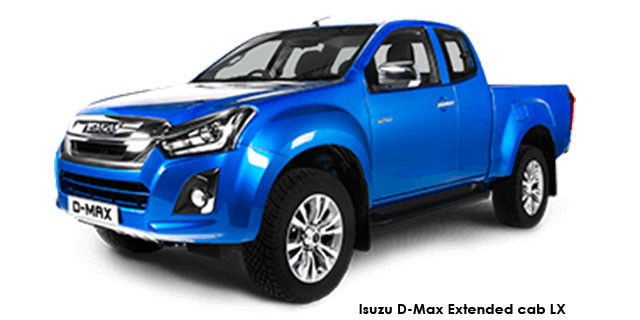 Despite going up against newer rivals, the aging D-Max still puts up a mighty fight

It’s hard to believe that the sixth-generation Isuzu KB (now known as D-Max) has been with us for seven years. And it looks like it will soldier on for another year because an all-new Isuzu D-Max will only debut locally in the second half of 2021.

Despite flexing a price advantage over its more highly specced 4x4 rivals, the D-Max is a proven product with a solid reputation for dependability, towing, and off-road performance. Sure, it might not be to everyone’s tastes, but it is a worthy rival in those aspects to any bakkie in the segment. And as much as a bakkie is a recreational vehicle these days if your core purpose for purchase is buying a really good workhorse with, wouldn’t you prefer buying a bakkie built by a company that only builds bakkies?

As mentioned, we are some time away from the next-gen D-Max and its new powertrain. The upcoming seventh-generation D-Max also uses a 3.0-litre intercooled turbodiesel motor but produces a little more power than the current D-Max flagship. The newly developed motor produces 140kw and 450nm, whilst the current version makes a credible 130kw and 380nm, which is still aplenty. Linked the 4-cylinder motor is a six-speed automatic that is also featured in the mu-X SUV.

This automatic transmission incorporates a sequential sport mode that enables the driver to select a specific gear manually, which is helpful when towing as the engine speed can be maintained in the ideal torque range for maximum pulling power. This mode is also ideally suited to off-road driving, allowing the driver to engage the appropriate gear ratio for the specific terrain. Combined with Hill Descent Control (HDC), manually selecting the lowest gear on downhills ensures optimal control of the vehicle as it maintains the vehicle at the set speed on steep descents.

There aren’t real changes to the exterior of the D-Max. Up front there is still a large, angled chrome grille, and L-shaped headlight clusters which house Bi-LED headlights and LED DRLs, whilst the bumper-mounted fog light bezel framed in chrome are said to give the LX a distinctive look. The rear-end is characterized by a re-sculpted tailgate that incorporates a spoiler shape design that is said to improve aerodynamics, whilst the LED taillights complement the high-tech LED headlights. Isuzu even added a standard fitment reverse camera and tasty 18-inch alloys wheels that give the D-Max better traction that the KB before it.

Despite being an incredibly capable workhorse, the D-Max’ cabin is surprisingly well insulated. The engine is barely audible, and NVH levels are almost class-leading at its price point. While the driver and front passenger have adequate space, the rear seat occupants also have plenty of legroom. This is one aspect that we have always loved about the D-Max when comparing it to its rivals. Aside from an easy-to-use infotainment touchscreen (with smartphone connectivity) that it shares with the mu-X, the LX also has a climate control system, and a passive entry system with a push-button engine start/stop, a multi-function leather-wrapped steering wheel, and six airbags. The leather upholstered seats also proved plenty comfortable on long trips, leaving you refreshed when you step out of the big bakkie.

The D-Max chassis has been optimized for load carrying, ride and handling, comfort, towing capacity, and off-road performance. This added chassis strength is attributable to an increase in the chassis rail section, as well as additional cross member to chassis braces. The independent front suspension has a double-wishbone layout with a coil-spring over damper configuration, which provides almost passenger car-like comfort levels combined with excellent road holding. The rear suspension meanwhile is a lead spring layout, which is typical on a strong workhorse.

Boasting a ground clearance of 220mm, an impressive wading depth of 600mm, an approach angle of 30 degrees, a departure angle of 22,7 degrees, and a break-over angle of 22,4 degrees, it’s not hard to see why the D-Max is revered for its off-road abilities. It is also capable of towing 3500kgs with total ease. The LX 4x4 features a switchable Terrain Command Dial system that can be operated on the fly and can be easily switched from 2H to 4H and 4L.

Four versions of the 3.0-litre D-Max are available in South Africa. There are two manual transmission derivatives (4x2 and 4x4) and two automatic transmission variants (also available in 4x2 and 4x4). They are priced from R576 200 to R666 500, the latter being the model you see here. All come standard with a 5-year/90 000km service plan and a 5-year/120 000km mechanical warranty.