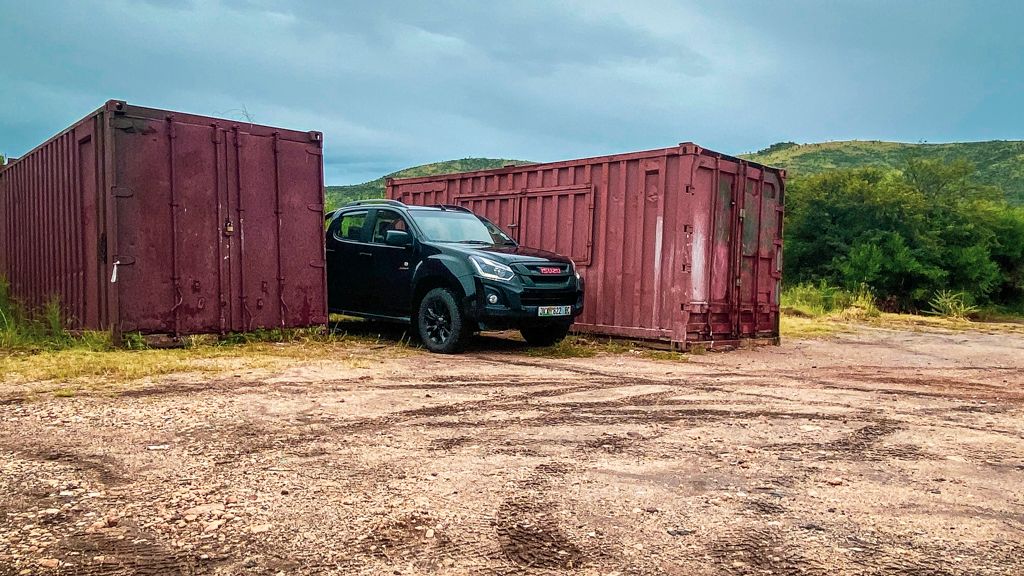 After nearly 40 years, the Isuzu KB has had its name changed. Now known as the D-Max, the bakkie now conforms to the international naming convention for Isuzu's pick-up. With this in mind, Isuzu has taken the opportunity to re-introduce the popular X-Rider model by introducing a special edition called the X-Rider Black. We recently had the black-clad double cab on test.

With the introduction of the new D-Max nomenclature came a revised front-end while on the X-Rider Black, which includes headlights are projector-type units that feature integrated daytime running LEDs. As one might expect, there's an all-black exterior paint job called Black Meet Kettle, black 18-inch alloy wheels wrapped in General Grabber all-terrain rubber, a black finish on the front grille, black roof rails and side steps.  There's also a black X-Rider branded sports bar and a black tonneau cover. The blacked-out exterior is only contrasted slightly by red Isuzu badging on the front grille and the X-Rider badge below each side mirror. The styling of the D-Max has aged really well, with this X-Rider being a particularly handsome steed.

An area where the D-Max's age can be seen and indeed felt is in its interior. The layout remains similar to earlier variants of the sixth-generation model which first appeared in 2013. One neat addition though is an 8.0-inch touchscreen infotainment system with Apple CarPlay and Android Auto functionality, bringing the D-max more up-to-date in terms of connectivity.  The X-Rider Black also gets, you guessed it, black detailing around the air vents and centre console as well as X-badges on the door inlays and X-Rider branded front headrests which again contrast the black leather seats.

Under the bonnet of the X-Rider is the rather antiquated 2.5-litre D-TEQ turbo diesel engine. The unit sends 100 kW and 320 N.m of torque to the rear wheels via a five-speed manual gearbox. This powertrain provides the bare minimum in terms of acceleration while sounding agricultural and exhibiting quite a bit of turbo lag.

The ride quality is reasonably good for an unladen bakkie while fuel returns were around 8.1 L/100km versus the brand's 7.7 L/100 km claim. From a loading perspective, the X-Rider offers a payload of just over 1000kg with a tow rating of 750 kg for an unbraked trailer and 2100 kg for a braked trailer along with a ground clearance of 225 mm.

Despite its ancient powertrain and ageing interior, the X-Rider Black still provides the basic double cab bakkie goods at a reasonable price, while looking rather good at the same time. Those that don't require four-wheel drive and a massive towing capacity will find the X-Rider sufficient as a lifestyle bakkie companion.