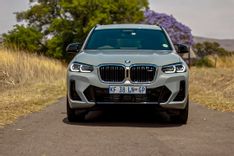 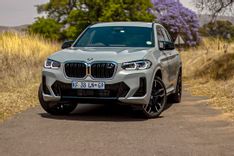 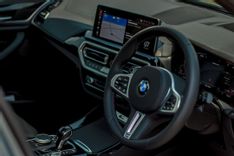 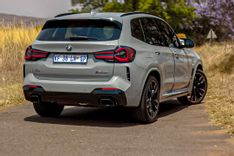 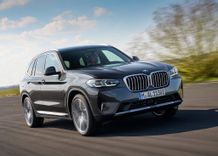 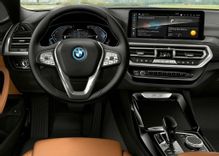 The third-generation of BMW's ultra-popular SUV, the X3, has received a midlife refresh. The new model (or in BMW speak, the Life Cycle Impulse) is still built in South Africa, giving the ailing SA economy a much needed shot in the arm.

Recently, the local arm of the German company treated us to a drive in the new models, namely the updated 20d xDrive and awe-inspiring M40i.

Both retain the handsome, upright looks that makes the X3 (in our books, at least) one of the best looking cars in its segment. The new model boasts a larger front grille — as is the fashion at BMW — and revised headlamps. The grille still retains the classic Kidney shape, but is now one piece as opposed to two separate grille covers. It also houses an integrated camera on the new model.

At the rear, the taillamps have received a restyle too. No longer just a red cluster, the intricate design now has a 3D-effect which looks brilliant, especially when lit up.

Inside, is perhaps where the biggest change is evident. Now more in line with the rest of the BMW range, the cabin boasts a far more luxurious and modern design, but still retains the high levels of quality seen in the pre-facelift. The X3 now ships standard with a 10,25-inch touchscreen, with the maker noting that an increased number of safety systems have been added to the mid-size SUV, with a semi-autonomous system on offer.

But what are they like to drive? Well, let's start with the 20d. Powered by the 140 kW/400 Nm 2.0-litre turbodiesel also found in the 320d, this is undoubtedly the one to have in the range. Not only does it offer decent power and performance, but stellar fuel economy and refinement too.

On the road to Shepherds Tree Game Lodge, the diesel-powered 20d rode with confidence. It's exceptionally comfortable and just an all-round consummate cruiser. The oil-burner under the bonnet keeps to itself. BMW claims fuel consumption of 5.6 L/100 km. We managed to achieve just under 7 L, which is not bad at all. The price is the only thing that is tough to get over; at R997 176 for the base model, we're struggling to find the value that was once so present in the brand's offering. This makes it more expensive than the Mercedes-Benz GLC300d even. It's also pricier than the equivalent updated Q5 and XC60.

The M40i is a very special car. The engine in the sporting X3 is really good, superb in fact. The sound that barks out of the rear pipes is spectacular. Blip the throttle and the turbocharged 3.0-litre straight-six makes a glorious noise. The performance is great - how a large SUV handles like this is beyond us. It's composed, characterful and so dynamic, feeling like a well-sorted sports sedan rather than a big SUV. Despite this, the ride is still sublime. At just over R1.4 million before options, it's certainly pricey. Rivals from Audi and Mercedes-AMG are nearly R200 000 less, but certainly can't match the BMW for performance and dynamism.

Pricing aside, BMW is onto a winner. Even prior to the facelift, the X3 was a class-leader. But it doesn't have this space all to itself anymore. Volvo's XC60 is a truly special motorcar, and so is the newly-launched Q5 facelift. What's more, they're cheaper too. But the new tech and incredible driving dynamics may just swing it for consumers and the X3. We can't wait to drive it for an extended period.

Buy a new or used BMW X3 at a great price.
We put you back in control, make a single request and get up to 3 quotes from dealers nationally.
Coming soon