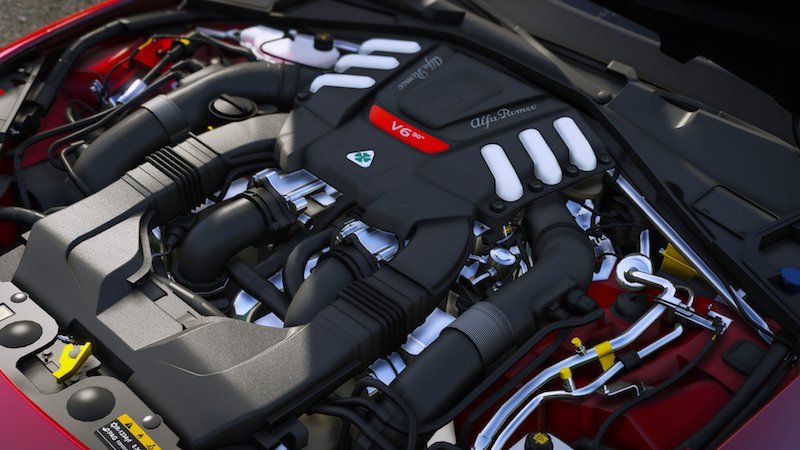 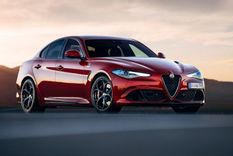 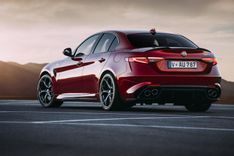 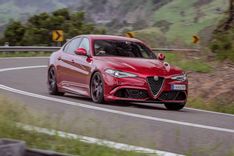 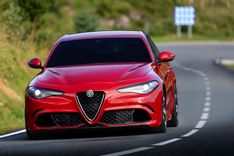 A beefed-up sedan that’s been forged with just one purpose: to obliterate its German rivals.

Alfa’s fabled QV (Quadrifoglio Verde) badge has found its way onto the flanks of various Alfa Romeo vehicles since its very first racer in the early 1920s, serving as a good luck talisman, but it takes more than luck to succeed in South Africa’s unforgiving automotive landscape. Going up against the legendary BMW M3 Competition Pack, and the Autobahn devouring AMG C63 S, the flagship Giulia certainly has a fight on its hands.

For starters, the QV’s startling vital statistics are massively impressive. Its engine may only displace 2.9 litres but with a dusting of Ferrari magic the turbo V6 manages to pump out a mighty 375kw – the exact number of ponies that the men from Affalterbach manage to wring out of 4.0 litres and eight cylinders with their mighty C63 S.

Then there is the Alfa’s performance. Bury the loud pedal and 600nm of torque catapults the Giulia from standstill to 100kph in just 3.9 seconds and it won’t stop until 307kph flashes up on the central digital display. Essentially, it takes less time to hit 100kph than it does to say its name! The gearbox is the latest iteration of the well-known, and well-regarded, ZF eight-speed auto. These fantastic statistics are a combination of the very best minds in the FCA family coming together, thrashing out the top-secret skunkworks project and compromising on nothing.

And while its powerplant might be something to wax lyrical about, let’s not forget its carbon-fibre body. Its bonnet, roof, active front splitter, rear diffuser and even the propshaft are all crafted from carbon-fibre. Incidentally, the new Giorgio platform that underpins the Giulia range is all-new as well, and will form the basis for a whole new generation of Alfa Romeo vehicles, including the new Stelvio SUV. Not only is it lightweight – tipping the scales at around 1.5 tons - it also helps achieve a perfect 50:50 weight distribution, which makes it easy to attack corners.

Together with a mix of carbon fibre bits, the aluminium body panels have been sculpted together to create a car that manages to be both beautiful but also intimidatingly aggressive and muscular. There is nothing else on the road that looks like the QV and it’s much of the same story on the inside.

The cockpit of the Giulia was conceived to put the driver at the center of all its ergonomic features. Harmonious, invisible man-machine line gives full command and control of the dashboard, odometer, gear box and steering wheel. Everything is crafted with unique Italian Style in which form, function and beauty are part of the same intense experience, aimed at all the senses.

The entry-level Giulia available in three derivatives; Base, Super, and Super Lux, is no slouch either, using a 2.0-litre turbo four-cylinder producing 147kw and 330nm, hitting 100kph in around 7 seconds. A 2.2-litre diesel engine with 133kw/450nm is also on offer but this could reach SA later in the year. Both models will be available with either a manual 6-speed gearbox or 8-speed automatic transmission.

And for those who enjoy such things, Alfa says the QV holds the current Nurburgring production sedan lap record at 7min 32sec. The Giulia QV is a staggering departure from some forgettable Alfa’s of previous years. There are no parts that appear to have been pulled from the FCA community bin, everything is all new – and all the more special for it.