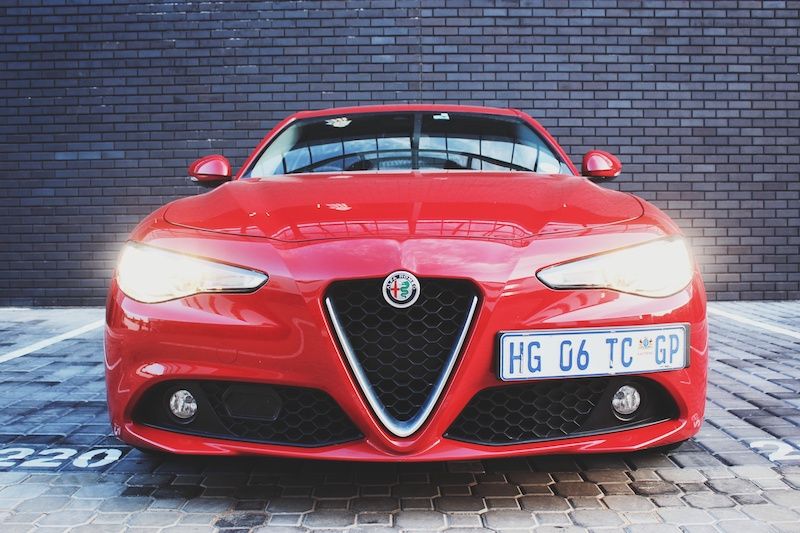 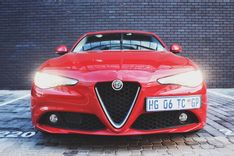 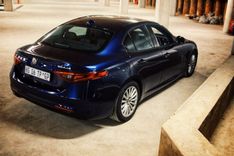 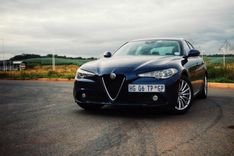 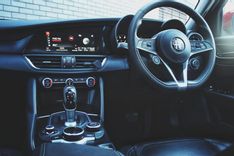 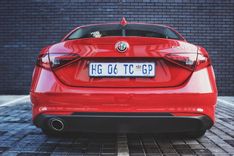 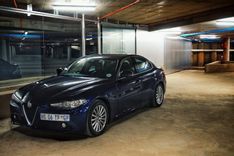 Alfa Romeo has reinvented itself with the Giulia. But should the Germans be worried?

If someone gave you R700 000 odd to buy a family sedan, what would you choose? Based on vehicle sales, it’s proven that the majority will choose either a Mercedes C-Class, a BMW 3 Series or an Audi A4.

And then, there is the left field choice. Buying an Alfa Romeo has always been an emotional decision, and if you grew up with Alfas, odds are you will raise both eye-brows when you do see a Giulia, because not only is it a gorgeous machine, but in true Alfa Romeo fashion, it is a riot to drive. Disappointingly, a only a mere 154 Giulia’s have found homes in South Africa, and it’s fair to say that thousands are missing out on this great car.

Naturally, the name Giulia, is of Italian descent; and interestingly means ‘youthful’. Quite apt when you realise that this is the car that is spear-heading the rebirth of the ‘new’ Alfa Romeo brand. It is pronounced very similarly to Julia, which is why I have affectionately named this Giulia as ‘Jules’, for the duration of our test. But before we go any further, let’s address that heavy-breathing elephant in the room.

It is fair to say, that most Alfa Romeo owners live by the adage “Public glory, private misery”. This is because, ever since I can remember, Alfa’s have always been shrouded in unreliability, and poor dealer backup. Alfa owners constantly bemoan the poor service from the handful of dealers that do exist, and when you combine that with a difficulty in getting spares, it clearly puts many people off. However, Alfa Romeo South Africa is working very hard behind the scenes to change perceptions, educate their dealers properly, and have an adequate supply of replacement items on hand.

But despite all the negativity from certain corners of the public, Alfa Romeo continues to roll out their new wave of vehicles. Vehicles like the Giulia and Stelvio Quadrifoglios, and the brilliant 4C have been making waves across the world, with Alfisti eagerly awaiting the upcoming GTV sports coupe. The future looks bright for the Italian marque, it just needs the new generation of drivers to give it a chance.

‘Jules’ might not be the all-conquering Giulia Quadrifoglio that has embarrassed the BMW M3 and Mercedes-AMG C63 S on numerous occasions, but she certainly has that very same DNA pumping through her veins. In fact, if there ever was a car that could change the public’s perception of an automaker, it would be the Giulia.

Typically Italian in design, the Giulia looks like it’s been sculpted by an artist from a block of steel, rather than being designed by German aerodynamicists. It’s a luxury sedan with a gorgeous, yet aggressive face that carries a bold heritage dating back some 109 years. Cavernous air intakes and slender, slanted headlights frame the trademark ‘scudetto’ grille, a design trait that first debuted on the 1934 Alfa Romeo 6C 2300 Turismo. Since then, it’s been an integral part of the marque’s brand identity.

Jules’ side profile is equally dramatic, with exaggerated side skirts, a shoulder line running half the length of the car, and ending in some broad hunches at the rear. Smart multi-spoke 17-inch wheels fill the wheel arches nicely, although, if the 225 wide rear tyres were switched to a 255 profile like in other regions, it would give the rear a far more athletic stance. Conversely, the rear end is a bit of a let-down though. Compared to the front end, it is a little uninspired if we’re being honest. There is a faux-diffuser with a large chrome-tipped exhaust pipe, but that is where the theatrics sadly end. It is still attractive, but it feels a little disjointed from the sporty front and side views.

In South Africa, the Giulia is available with a choice of two powerplants. The Ferrari-derived 2.9-litre twin-turbo V6 that produces 375kw and powers the Giulia Quadrifolgio, and a 2.0-litre turbocharged four-cylinder that makes 147kw and 330nm. Jules featured the latter, with power being sent to the rear wheels via a buttery smooth 8-speed ZF automatic transmission – which is shared with a variety of BMW models, including the M240i. Spring for the ‘Super’ derivative, and you get steering-mounted paddle shifters too. Fuel consumption is fair – we achieved an average of 8.2 litres per 100kms, although we did spend much of the test dealing with traffic rather than the open road.

Like all Alfa models, it features the latest version of the brand’s DNA system. Engineers at Alfa Romeo designed this revolutionary system to precisely influence the vehicle’s engine, transmission, steering, suspension, brakes, and accelerator. These inputs work in harmony to provide maximum capability in any driving condition. Three modes exist and can be toggled with by rotating a small dial: A for Advanced Effiency, N for Normal, and D for Dynamic. And when D is selected, it elevates performance to such a level that would have you questioning whether it has Stelvio’s 206kw 2.0T under its bonnet – such is its impressive performance.

Nestled into the optional leather upholstered seats, the first thing you notice is the hooded instrument cluster and BMW-inspired shifter. The next thing you will likely pay attention to is the lack of bolstering on the seats, which isn’t great in a car that wants to be driven. However, a perfect driving position makes up for it. The Giulia is one of the those cars that you can instantly feel comfortable with; and because of that, paired with its strong motor, quick-thinking transmission and DNA system, it rewards you with brilliant on-road dynamics – comfortably eclipsing all of its rivals.

Thanks to plenty of side wall rubber, the ride of the Giulia is always top notch and compliant. Push on though, and its benign handling becomes apparent. It’s been gifted a fantastically quick steering, as well as ‘AlfaLink’ double wishbones up front and a four-arm layout for the rear axle that makes it ride incredibly well. To keep weight down, and resultantly make it more nimble, numerous engine and body parts, and bits of the braking and suspension systems are all made of aluminium. There is even a carbon-fibre driveshaft. This conspires to give the Giulia superb balance – a 50:50 weight distribution – and a playful edge over its primary competitors.

Not that the use of aluminium has compromised its safety in any way. It achieved a stellar five star rating in the Euro NCAP crash tests, and comes standard with ABS, EBD, BAS, six airbags, a tyre-pressure monitor, forward collision warning, autonomous emergency braking, and lane departure warning. Despite all of that, you pay extra for a reverse camera, and blind spot monitoring.

Dynamic drive, and gorgeous good looks aside, the one area where the Giulia loses the largest amount of points is its interior. While still contemporary, much of the technologies that populate the cabin are still stuck in 2015. Aside from the 8.4-inch screen that dominates the dash, and the steering-mounted start button, the minimalist layout lacks much of the high-tech screens, and upmarket touch and feel that you will find in a similarly priced German sedan. Specification is good and while not uncomfortable in the least, relative to its rivals, this is one area that needs attention. A facelift is in the works, and that is expected to feature some modern technologies, but this has yet to be confirmed for South African availability.

Can the Giulia lead a rejuvenated Alfa Romeo’s product assault? Yes it can. It is a fantastic luxury saloon that once you drive it, you will not stop enthusing over. It might not be as complete a package as the latest 3 Series, but the Giulia has a certain novelty value that its rivals can only dream of competing with. There are minor shortcomings of course, but these aren’t exactly deal-breakers. And because of this, the Giulia – and Stelvio sibling – are the perfect vehicles to undo decades of damage suffered by this once fabulous marque. For Alfa Romeo, it will come not one moment too soon. The Giulia is priced from R616 900, and comes standard with a 6-year/100 000km maintenance plan and a 3-year/100 000km warranty.

Buy a new or used Alfa Romeo Giulia at a great price.
We put you back in control, make a single request and get up to 3 quotes from dealers nationally.
Coming soon 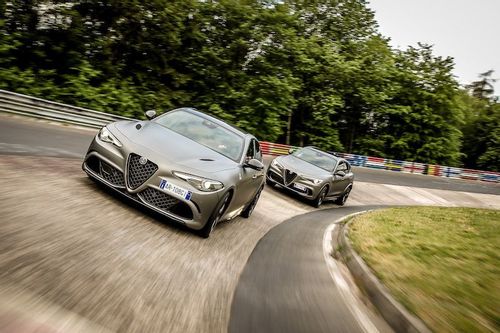