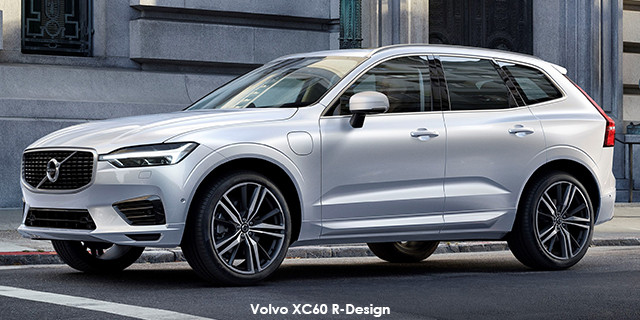 The Europeans are a smart bunch. Compared to their Western counterparts, Europeans have always been regarded as being more sophisticated, intelligent and having an eye for premium grade material. It’s no wonder that for the past three years, they have listed a Volvo as a finalist in their prestigious Car of the Year competition. And if you happen to feel they aren’t totally trustworthy, perhaps the fact that the Volvo XC60 was named the World Car of the Year for 2018 might affirm your belief that you are dealing with a properly impressive vehicle here.

But that’s not all, because the second-generation XC60 was also listed as a semi-finalist in the 2019 South African Car of the Year, with its smaller sibling, the XC40 making it through to the finals. Make no bones about it, Volvo is on a charge – and we aren’t just talking about the strides in electric performance their Polestar brand is making. The Swedes are producing some incredible vehicles at the moment, each of them with a very unique personality, whilst conforming to the Volvo mantra of ‘safety first’.

The first-generation XC60 was not only the best-selling premium mid-sized SUV in Europe, but it was also Volvo’s best-selling vehicle in South Africa. Even though it was a tough act to follow, the new XC60 is here, and is better in every way – more upmarket, improved technologies, stunning looks, and it’s safer too. The XC60 is the fourth model based on Volvo's self-developed SPA (Scalable Platform Architecture), following the introduction of the top-of-the-line 90 cluster in 2014.

When the XC90 launched a few years ago, it wowed everyone with its bold – and unique – design. A few years on, and following the launch of the compact XC40, the XC60 arrives with probably the most fluid design of the trio. There are still some trademark design elements, like those Mjolnir-inspired headlights, the upright grill, elongated taillight clusters and its distinct angular flanks. In R-Design guise, it gets a sporty bodykit, optional 21-inch wheels, and subtle gloss black touches throughout. The reality is, you aren’t going to mistake the five-seater XC60 for anything other than a Volvo SUV.

At a time when other automakers sell you a base spec vehicle and you have to build it, escalating the price to new levels, Volvo sees things a little differently. Simply put, their cars are loaded with kit! Standard equipment includes a 2-zone Electronic Climate Control, a high performance sound system, power adjustable sports seats up front, R-Design touches throughout the interior, a power tailgate, an easy-to-use centrally mounted 9.0-inch Sensus infotainment display, and a 12.3-inch Digital Driver Display.

This system shows the driver all the relevant information he or she needs - including navigation directions, telephone and actual road signs. The display layout adapts to how you use it, and you have four graphic modes to choose from. Right in front of the driver, the display features two large round instruments and one central information display. If you use the navigation system, that display becomes bigger. To make it comfortable for your eyes, the driver display's brightness automatically adjusts to the exterior light.

Locally, the XC60 is available with a choice of four powertrains. Interestingly, all of them are powered by Volvo’s latest generation 2.0-litre four cylinder – available either as a diesel or petrol – paired with an 8-speed Geartronic automatic transmission and an all-wheel drive system. The line-up kicks off with the D4 turbo diesel variant which produces 140kw and 400nm. Next up, is the entry-level petrol variant, the T5 which outputs 187kw and 350nm. The powerhouse oil burner that is the D5 – which also powers our test unit – and produces an impressive 173kw and 480nm. And topping off the range is the sporty petrol-engined T6 which boasts 235kw and 400nm. There is a 300kw twin-engine T8 plug-in hybrid version too, but this is still being considered for South Africa, with no planned introduction date at this stage.

Volvo claims the D5 will do 0-100kph in just 7.2 seconds, and top out at 230kph. While we can’t verify if it will run to that maximum speed, we can however confirm that thanks to 480nm of torque, available from 1,750 to 2,250rpm, the benchmark 100kph sprint is totally believable. The best part though is its fuel consumption. Volvo claim the 1.8 ton SUV will sip low sulphur diesel at a rate of just 5.5L/100kms, which equates to over 1200km on a fuel tank of fuel – essentially a round trip from Durban to Johannesburg. However, in reality, expect around mid 6s.

The XC60 has five driving modes – the default Comfort mode, and Eco, Dynamic, Individual and Off-Road. Each of these alter the engine and steering response, the gearshift parameters and – where fitted – the air suspension and adaptive dampers. In the case of air suspension though, dampening and ride height can be altered too. With the air suspension, Dynamic will lower the SUV by 20mm, while Off-Road will raise it by 40mm.

While most of the modes are self-explanatory, Dynamic is the one you want if you’re after going a little bit quicker. It should be noted that despite the R-Design having 30% stiffer springs and thicker anti-roll bars, there is quite a fair amount of body roll. Dynamic cuts it down when compared to Comfort and Eco, but after pushing on for a little, you soon find yourself deciding to slow it down as it’s difficult to find a comfortable rhythm.

Another aspect we lamented was its indecisive transmission, which even in Dynamic mode, failed to react quick enough when you floor the throttle. You can shift manually using the gear shift, but thankfully there are steering mounted paddles which you can toggle and make sure you’re in the gear you want to be in.

And in typical Volvo fashion, the XC60 is as safe as a house. In fact, according to Euro NCAP tests, it’s one of the world’s safest vehicles. When tested, it scored a near-perfect 98% in the Adult Occupant category and in its Large Off-Road class, showed a clear advantage in Safety Assist with a score of 95% – 20 percentage points higher than the nearest Large Off-Road competitor – underlining Volvo’s position as a leader in automotive safety. It also performed flawlessly in Euro NCAP’s Autonomous Emergency Braking (AEB) tests – which included categories for AEB City, AEB Inter-Urban and AEB Pedestrian. The Euro NCAP awards for the XC60 follows in the tracks of the Volvo XC90, which in 2015 was also named the best performing large off-roader, and the car with the best overall performance that year. The Volvo V40 is another previous Euro NCAP winner, in the Small Family class.

Speaking of safety, aside from six airbags, there is Lane Keeping Aid, Rear Park Assist, Hill Start Assist and Hill Descent Control and most importantly Collision Mitigation Support. This evolved system now utilizes steering support for when automatic braking alone may not help avoid a potential collision. In addition, Oncoming Lane Mitigation with Steer Assist (which helps mitigate head-on collisions) and Blind Spot Information System (BLIS) with Steer Assist functionality, has been added to reduce the risk of lane-changing collisions. So effective is the system that Volvo has announced a 45% reduction in rear-end frontal crashes in Sweden with cars fitted with this technology.

The XC60 D5 makes a compelling case for itself with a strong blend of performance, refinement and economy. While you’re unlikely to venture into the wilderness to test the R-Design’s 400mm wading depth, it does prove to be a brilliant vehicle when bashing around the urban jungle. It faces some tough competition in the form of the new BMW X3, the refreshed Porsche Macan, Alfa Romeo Stelvio, Audi Q5 and Mercedes-Benz GLC, but it’s only once you drive the XC60 do you realize just how special it is. After all, the world’s automotive media can’t be wrong. The XC60 D5 R-Design is priced from R793 700 and comes standard with a 5-year/100 000 maintenance plan and a 5-year/100 000km warranty.

Buy a new or used Volvo XC60 at a great price.
We put you back in control, make a single request and get up to 3 quotes from dealers nationally.
Coming soon