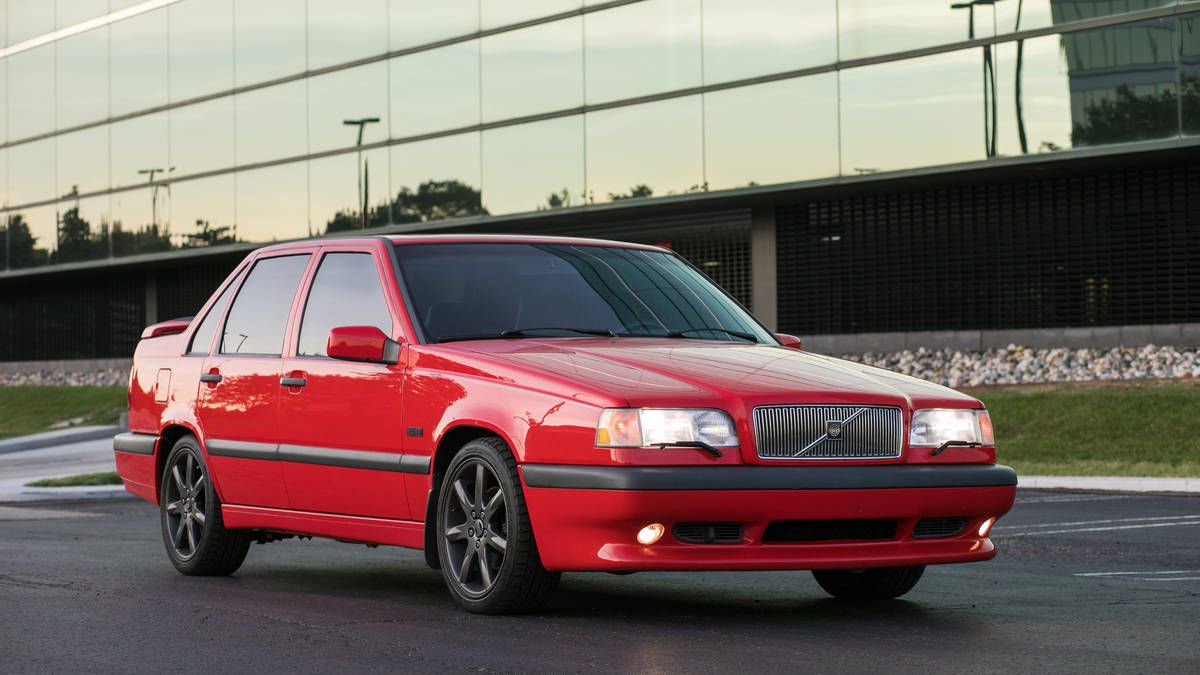 Volvo has always had long-standing reputation as an automaker of ultra-safe, roomy, reliable, family transportation. Sure things have slowly started changing in recent years with the advent of Polestar, but if you had to ask an auto enthusiast to name a performance Volvo, odds are they will say “850R”.

Back in the 90s, Volvo was making a massive name for themselves in the BTCC, with an 850 Wagon, no doubt shedding their family hauler in the process. The main beneficiary of all their competition experience was the Volvo 850R, a powerful race-bred machine, with its hunkered-down looks and ultra-low-profile tyres on skinny-spoked wheels.

The 2.3-litre, turbocharged 20V five-pot under hood of this 850R Sedan pumped out 188kw and 350nm of torque, up from 166kw in the 850 Turbo. It was available with a 5-speed manual, complete with a limited-slip differential. In SA, it was also available as automatic, but it ‘only’ produced 177kw and 300nm. Volvo achieved the power bump in the manual by the fitment of a larger TD04HL-16T turbo, a re-designed turbo manifold & intercooler, a unique ECU with Motronic 4.4, an uprated fuel pressure sensor and a heavy duty clutch.

The near 1.5 ton manual sedan was quick too! 0-100kph took just 7.11 seconds when tested at Gerotek, at the standing kilometre it was travelling at a positively rapid 191.05kph, and eventually topped out at 244kph. Those are brisk numbers in today's world, so you can imagine just how hot the 850R was when it rolled off the line 22 years ago.

It wasn’t just engine work that enhanced the Swede. The suspension was tweaked, and a sportier body kit was fitted. 17-inch alloys shod with grippy 45-profile rubber came standard. However, being front-wheel drive was a problem. While there was little body roll, but it battled for traction, with its lack of front-end grip inevitably limiting cornering speeds in the tight stuff. It was a prettier picture in faster sweeps though.

That said, the drive was curtailed by a lacklustre steering – vague with almost no feedback which destroyed driver enjoyment. While it was quick, it was slow in its responses for a performance sedan. The bigger problem for the Volvo though, came in the form of BMW M3 sedan that launched in January 1997. Not only did it have significantly more power, with 228kw from its 3.2-litre motor, but it was also rear-wheel drive and offered a far superior ride/handling, and was regarded as the best drivers’ car of the decade.