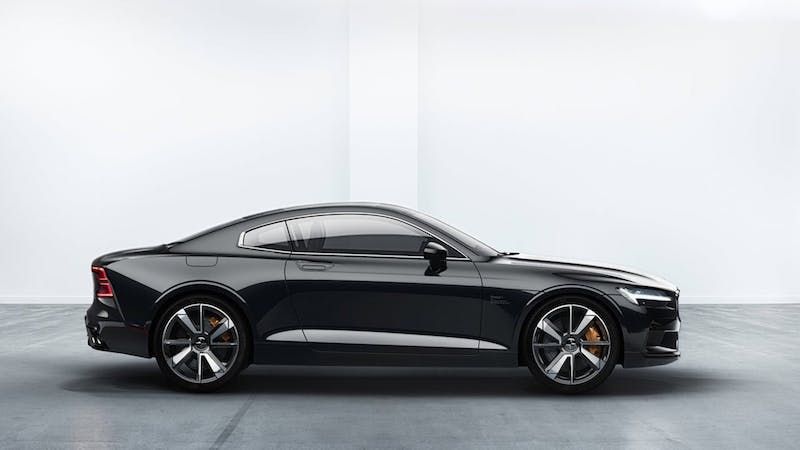 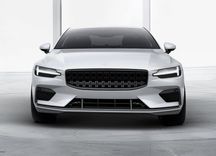 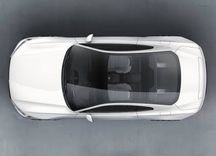 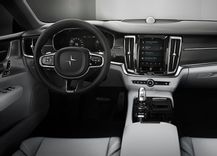 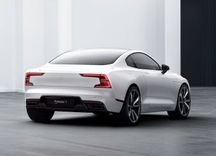 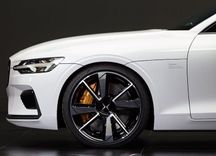 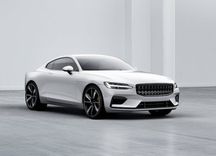 Imaginatively named the Polestar 1, the hybrid coupe will go on sale in mid-2019, with styling inspired by Volvo's Concept Coupe of 2013. The sleek coupe adopts a classic GT shape, with a long nose, a sweeping roofline and short overhangs.

While future Polestar models will feature fully electric drivetrains, the Polestar 1 is a hybrid electric vehicle (EV) that is supported by a 2.0-litre four-cylinder combustion engine powering the front wheels and banging out 285kw. The remaining power comes from a starter engine and a pair of electric motors, one for each rear wheel, that combine for another 163kw. That layout will allow for torque vectoring by adjusting power to one or both of the motors when entering a corner.

As a result, overall power output stands at 448kw and 1,000nm of twist and the car’s underpinnings include Öhlins Continuously Controlled Electric Suspension (CESi) and performance brakes with six-piston Akebono calipers. While Polestar are yet to release any performance figures, the brand says its first vehicle has a range of 150kms on electric power alone, giving it the longest full electric range of any hybrid car to date.

Polestar opted for a carbon-fibre body to make the Polestar 1 lighter, provide a low center of gravity and increase torsional rigidity by 45%. The coupe clearly takes design inspiration from the S90 sedan. Translated, that means it looks sensational. Platform-wise, the Polestar 1 sits on the same SPA architecture as Volvo’s S90, V90 and XC90 SUV, but trimmed to fit the proportions imposed by the car’s purpose.

Inside, a 2+2 seating arrangement faces what is now Volvo’s traditional dashboard design. The steering wheel wears the distinctive Polestar logo, carbon-fibre replaces the wood paneling seen on the S90, and the instrumentation reflects the car’s new drivetrain, but otherwise this cabin is very much new-age Volvo.

However, there’s more to follow. Polestar 2 BEV (battery electric vehicle) is on its way (with production scheduled to start in 2019) to challenge the Tesla Model 3. Later on, Polestar will launch the Polestar 3, which will be an SUV-bodied electric car.

Polestar also said it plans to "move away from today’s traditional ownership model". Cars will be ordered online and offered on a two or three year subscription basis with monthly payments. But there will also be standalone Polestar showrooms.

Polestar cars will be built in China. To facilitate this, Volvo Cars has formed a joint venture with two companies within its parent company, Zhejiang Geely Holding. This JV is capitalised with 5B RMB (640M Euro) of equity to support Polestar's development. Polestar remains a subsidiary of Volvo Car Group and will be fully consolidated into Volvo Car Group

The new Polestar Production Centre will also house one of the first Polestar Spaces, with a customer test track constructed within the campus to enable potential customers to evaluate the car to extremes not possible on public roads.

When complete, the new Polestar Production Centre will be the most environmentally-responsible car factory in China, and one of the most efficient in the world, with a target of Gold status in the globally-recognised LEED ratings (Leadership in Energy and Environmental Design).

While international order books for the new Polestar 1 opened on 17 October 2017, Volvo has said that the Polestar 1 will not be available for the South African market, because sadly, it will not be produced in right-hand drive configuration.