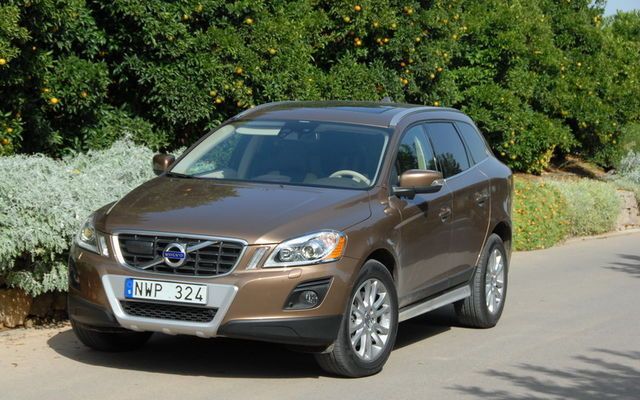 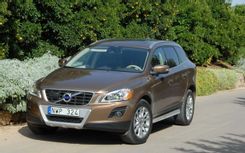 The safest car in Jozi

We’ve all played word association games before. I say hot hatch, you say GTI, I mention prancing pony and you say Ferrari and lastly, if I say safety, you say..? Your answer is probably Volvo, and for that reason alone we can thank the brilliant Volvo marketing team for drilling that USP deep into our medial temporal lobe.

Now I am not trying to say that it is just a marketing gimmick, but Volvo have always owned this reputation and to prove it Volvo have the heavy numbers of their safety system to back them up.

While Volvo have completely owned the safety space within the automotive industry, they have accidentally also created the safest car for anyone living in South Africa. This is not from an accident safety point of view, but rather from a theft and hijacking one.

Not to put a damper on the conversation, but let's look at the current crime, theft and hijack situation in South Africa. Recent crime statistics published by Ctrack indicate which passenger and SUV vehicles are stolen are hijacked throughout the country.

The manufacturers that top the list are Volkswagen, Toyota and Ford. Now one may argue that there are more Volkswagens, Toyotas and Fords sold throughout South Africa when compared to the likes of Volvo or other manufacturers. But what is really interesting is that on the list of SUVs stolen or hijacked, Volvo doesn’t even feature on the list and more importantly, with regard to passenger cars, it is found second last, just above Datsun!

As mentioned above, this could be due to the sheer number of Volvos sold in South Africa, but in the same breath, it also reflects the popularity of the brand in our sunny country which points to many other thoughts or questions, such as parts and services costs, trade-in and insurance costs.

Recently I had the absolute pleasure of experiencing the safest car, not just in South Africa, but in Johannesburg as well, ever produced. This particular model was a 2009 XC60, 3.0 turbo with a touch under 200 000 km recorded on its Scandinavian clock. Not only was it safe to drive from a passenger safety point of view, but it came standard with permanent all-wheel drive and what Volvo call, bronze. We all know this as brown, metallic brown, but still brown.

The interior is thrown together with a combination of beige and matching exterior brown inserts with a bamboo/light wood centre console and dash panels. Not the most elegant combination, but definitely one that warrants a light-hearted giggle every time you step inside.

I am not going to paint this car as the best looking on the road, but it has its quirks and it also makes it easy to find in any parking lot, usually there are a few open spaces around it!

Just because this Swedish SUV is brown doesn’t mean that it is dull. The 3.0 turbocharged engine propelled this heavyweight from here to there faster than expected. and in reasonable comfort. The overall ride is comfortable without any creaks, rattles loose panels and the everything, apart from the rear windscreen wiper worked on-demand. The design and layout of the instrument cluster is logically laid out with only the operation of the sat-nav posing a slight obstacle to get around.

The XC60’s party trick though was slipping the conservative, spacious and “safe” SUV into sports mode and hearing the faint pressure release from the blow off valve and the light flutter from the turbo. Unfortunately, this discovery does not assist with keeping the fuel consumption low as these noises constantly encourage you to drive it in and out of boost.

The Volvo’s true trump-card though was in the fact that it was 1. A Volvo family car and 2. Metallic brown with an oddly specced interior. This combination made the car completely undesirable when driving on the streets of Joburg. This brought with it a sense of safety, security and the fact that not a single soul was interested in the car. It is just a brown Volvo on the inside and out that reliably performs on command and that keeps you, your family and passengers safe at all times.

The stand-out experience was driving the brown XC60 in and around the city streets, at night with the only worry being around the potential silent-pause in conversation amongst the occupants of this safe on wheels. The Volvo did not draw in any unwanted attention, which is a strange feeling because this Swedish machine is just brilliant to drive.

Combine the mechanics, reliability and safety with the newly proposed “camouflage-bronze” colour specification of this Volvo XC60, and chances are that you may just wrap yourself in safest bubble known to any South African.