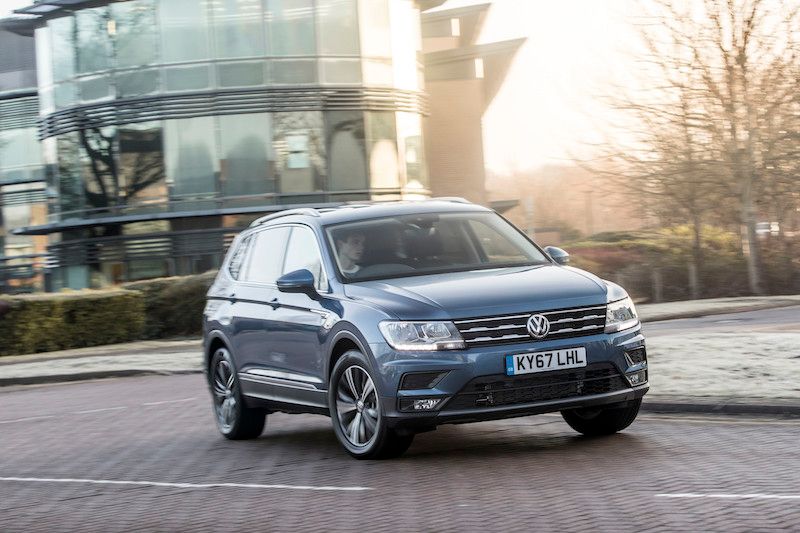 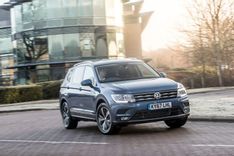 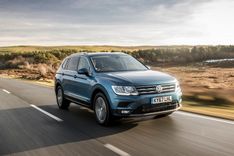 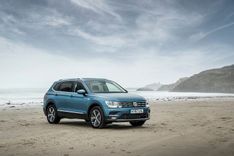 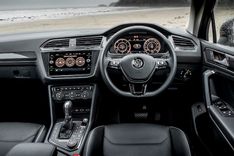 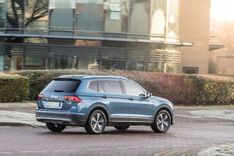 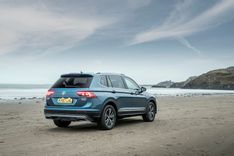 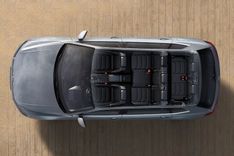 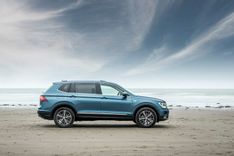 There appears to be a sweet spot when it comes to size. Take mobile phones for instance – they have grown in size significantly over the past two decades, with many tech giants offering two sizes of the same phone. Sure tablets exist, but those are usually big enough for only a select few. For the masses though, there appears to be a regular size, and the perfect size.

Volkswagen sees things in a similar way. A few months ago, the German automaker introduced a ‘bigger’ version of the Tiguan locally, called the Tiguan Allspace. As the name suggests, this luxury compact SUV is all about space, and thanks to an extended wheelbase, now offers seating for up to seven.

Many regard this seven-seater variant as the Tiguan as it should have been. It isn’t so much as ‘bigger’, as it is longer. The Allspace is easily recognizable from the front through the slightly altered design of the hood and radiator grille. The front of the hood has a different contour and it is also built higher giving a somewhat rounder look as opposed to the edgy Tiguan. The newly designed radiator grille is immediately distinguishable with its chrome trim strips, some of which extend into the headlights. A unique, defining line accentuates the side window design that rises behind the C-pillar.

The Tiguan Allspace is the only seven-seater SUV in Volkswagen’s current line-up. Yes, the Touareg flagship is much bigger, but it is only a five-seater. Aside from the extra row of seats out back, the interior of the Tiguan Allspace is near identical to the regular Tiguan, meaning it is classy looking, practical and well laid out. In typical Volkswagen fashion, it gets the optional Active Info Display which measures a staggering 312mm, and there are five different info profiles, via which the type of information and graphics displayed in certain areas changes. The driver chooses either the Classic, Consumption & Range, Efficiency, Power & Driver Assistance or Navigation profile. For added convenience, there are three USB ports on-board (two up front and one in the second row) and three 12-volt power supplies (front, second row and cargo area).

Under the hood of the Tiguan is a motor that South Africans are very familiar with. It is of course the same motor that powers the latest Golf GTI. In the Tiguan the 2.0-litre TSI produces identical figures of 162kw and 350nm available from 1,500 to 4,400rpm. And just like the GTI, it uses a 7-speed dual-clutch transmission, only in this application, power is sent to all corners via a Haldex-based 4MOTION all-wheel drive system. And despite being much bigger than the GTI, the big Tiguan is still plenty quick, capable of 0-100kph in just 6.8 seconds, and a top speed of over 220kph. Ride is excellent and so is handling, but again you can feel the extra size and weight.

Thanks to its 4MOTION all-wheel drive system, it’s proven to be relatively capable off road too. And should you opt for the optional Off-Road package – priced at R3550 – you get an engine underbody guard, a body-coloured off-road front bumper, black sills and bumper bottom section and aluminium door tread plates at the front inscribed with the word 'OFFROAD'. Thanks to this, the Allspace is now endowed with 24° approach/departure angles.

Standard fitment safety equipment includes six airbags including airbags for the driver and front passenger, and curtain airbags throughout. There is also an ESP system with countersteer support, as well as the usual combination of ABS, EBD and BAS. Our test car even featured the optional Adaptive Cruise Control (ACC) which is a really innovative piece of technology and a must have. When ACC is activated, the vehicle automatically brakes and accelerates in a speed range set by the driver. If another vehicle approaches, the ACC brakes the car to the same speed and maintains the pre-selected distance.

Our test car was fitted with a plethora of options that conspired to hike up the price considerably. Thanks to While Silver metallic paint priced at R1100, sporty 19-inch Auckland wheels costing R8350, and a massive electric panoramic sunroof costing R12 250, the premium Allspace certainly looks the part. For further towing convenience, a mechanically swivelling electrically detachable trailer hitch priced at R8350 was also fitted, allowing it to two up to 2.5 tons. However, once you open the door, you realise how going a bit wild with the options list can inflate the price. An Active Info Display (R8650), Head up Display (R9150), Adaptive Cruise control with Front Assist (R5050), a 9.2-inch Touchscreen Satellite navigation "Discover Pro" with DVD drive (R16 500) and the "Vienna" leather upholstery (R11 050), quickly add R50K to the list price.

While the regular Tiguan range kicks off at R403 900 for the 1.4 TSI, you are going to need to fork out an additional R60 000 for the equivalent Allspace derivative, which is a small price to pay for the extra space – and seating. However, whereas the Tiguan range tops out at R598 750 for the 2.0TDI 4Motion Highline R-Line, the gap to the flagship Allspace is much smaller – with the Allspace 2.0TSI 4Motion Highline (seen here) at R604 800, and the similarly powered Highline R-Line at R624 650.

And if you are wondering what is the gap to the all-conquering Touareg range, we can confirm that the difference in price between the flagship Tiguan Allspace and the Touareg V6 TDI Luxury is some R400 000! Interestingly, the Tiguan’s standard maintenance plan differs slightly from the Touareg. Whereas Volkswagen’s biggest SUV comes with a 5-year/100 000km maintenance plan, the smaller Tiguan gets a 5-year/90 000 km service plan and an identical 3-year/120 000 km warranty.

Buy a new or used Volkswagen Tiguan Allspace at a great price.
We put you back in control, make a single request and get up to 3 quotes from dealers nationally.
Get Quotes