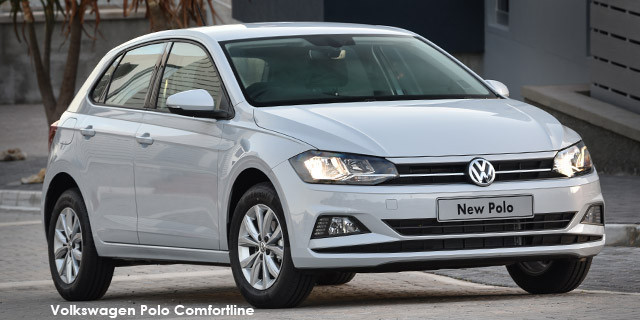 If South Africa had to have a national car, it would most likely be the Volkswagen Polo. In fact, Volkswagen SA was so confident at its launch in 2018 that they estimated to sell no less than 23,000 units that year. They actually got really close to their target, managing to sell 21,822 units at the end of 2018. We got to spend a week with the Polo Beats Edition to see what it was like to live with.

The first change that many will notice is the exterior, which is now 7mm lower, 69mm wider and 81mm longer than its predecessor thanks to Volkswagens MQB-platform which underpins the new Polo. The fast C-pillar gives the car a smoother silhouette, and the new lines around the car give it a wider stance. The result is a rather sporty exterior, which is only complemented further by the new LED headlights and taillights. Practicality has also been addressed by extending the wheelbase by 94mm, providing passengers with impressive legroom as well as an increased boot capacity of 70-litres – a 25% upgrade from the predecessor.

Five derivatives are available, namely the Conceptline, Trendline, Comfortline and Highline, with the Polo GTI sitting at the top of the range. Our test unit was the decently specced Comfortline model. Customers will also be able to choose from two optional design packages; the Polo Beats and the Polo R-line package. The Beats package includes a unique bonnet stripe, sporty seats, a funky red and white interior and a powerful 300W sound system.

The Polo is available with the infotainment screen from the Golf, available in 6,5” or 8”. This system features Apple CarPlay and Android Auto, as well as voice control. Our test unit was equipped with analogue dials but the adaptive digital instrument cluster is also available as an option, giving the hatch a premium touch. The interior strikes a great balance between spacious and cosy, while the infotainment system worked as flawlessly expected from a VW. The overall build quality of the interior is on par with the Golf Mk7,5.

The biggest update to the new Polo comes in the form of safety. A new radar, optical and ultrasonic sensor work in unison to provide the driver with driving aids like parallel park assist, front and rear park distance control, blind spot detection, rear traffic alert and a handy reverse camera.

In terms of performance, the 1,2-litre TSI that we’ve come to love on the previous Polo has been swapped out for a 1,0-litre three-cylinder TSI engine. Displacement may have been reduced, but output has increased. The Comfortline is tuned for 70kW and 175Nm, paired to a 5-speed manual gearbox. Aside from the occasional dead zone taking off in first, one would be hard-pressed to notice that you’re driving a 1.0-litre vehicle. The engine needs a bit of a push to get going, but once it does its smooth sailing from there. The turbo lag has been reduced and the drive is a lot smoother compared to its predecessor. The car also feels light and nimble on the road, considering that it’s wider and slightly lower.

The new Volkswagen Polo is all grown-up and is worthy of the ‘baby Golf’ title. It’s comfortable, agile and efficient, and the Polo Beats adds an extra dimension of character and flair, as well as a great sound system to an already good car. No surprise as to why its South Africa’s second best-selling passenger car, with the Polo Vivo taking the top spot.

Buy a new or used Volkswagen Polo at a great price.
We put you back in control, make a single request and get up to 3 quotes from dealers nationally.
Get Quotes