VW Golf TCR – The Most Powerful GTI Ever 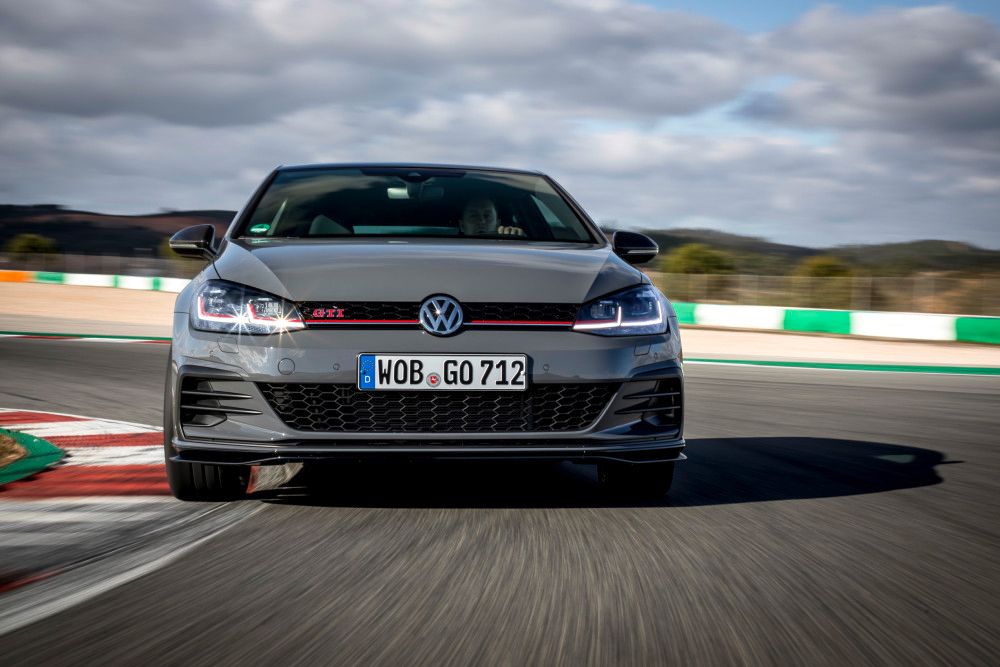 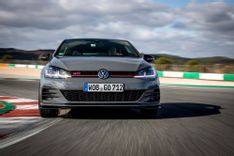 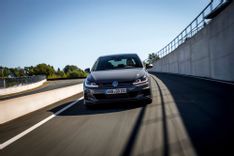 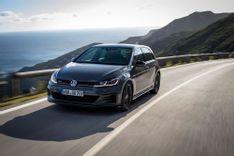 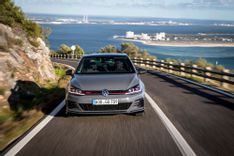 VW Golf TCR – The Most Powerful GTI Ever

Volkswagen has officially launched the new Golf GTI TCR which was first revealed at the Festival of Motoring in Johannesburg last year to whet local buyers’ appetites. It was met with a significant amount of excitement from VW enthusiasts and, with Mzansi’s love for the GTI, is destined for a bright future here. Fun fact, since the launch of the Golf 7 in 2013, over 40,000 units have been sold. Even more fascinating is the fact that of these 40,000 units sold, over 13,000 of them were GTI’s. Long story short, every 1 in 3 Golf 7’s sold are GTI’s.

Only 300 GTI TCR’s are destined for South Africa, which makes it one of the most exclusive Volkswagen models in our country, joining the ranks of the Clubsport and Clubsport S from 2016. Let’s start with the most important factor of the new VW Golf TCR – its R669,000 price tag. This puts it between the current Golf GTI and the Golf R in Volkswagen’s line-up. For R91,000 less, you could have the Golf GTI 7.5, or if you add another R21,000 you could go straight to the last-number Golf R, with its 228kW of power, Akrapovic pipes and all the street-cred you could imagine.

A normal person would argue that it makes the most sense to save under R100k and just get a regular GTI, but the TCR was not intended for ‘normal people’. The Golf GTI TCR was made for the purists and enthusiasts. It sticks to the classic GTI recipe and takes it completely overboard at the same time. This overindulgence is evident in the 213kW of power and 380Nm of torque produced by the 2.0-litre TSI under the hood of the TCR, enabling the hot-hatch to accelerate from 0-100km/h in just 5.6-seconds before reaching a top speed of 264km/h. Drive is sent to the front wheels through VW’s DSG transmission, so Vrr-Pha comes standard.

Volkswagen has positioned the TCR as a more extreme version of the regular GTI and it has the bells and whistles to reinforce this idea. The Dynamic Chassis Control allows the driver to switch between Comfort Mode, Eco Mode and Sport Mode at the touch of a button. The Active Info Display replaces the traditional instrument cluster with a screen, displaying speed, gears, media and more. Both of these features come standard on the TCR, along with a panoramic sunroof, park assist and We Connect Go.

Customers can pick their TCR in one of three colours – Pure White, Tornado Red or Pure Grey. Other exterior features include a full TCR body kit, 19-inch “Reifnitz” alloys, matte black side mirrors and TCR honeycomb decals along the side. Volkswagen has also fitted a set of performance brakes nestled behind the black wheels. Unlock the TCR and you’re greeted by a logo projected onto the floor from the side mirrors.

Step into the Volkswagen Golf GTI TCR and you’re immediately greeted by a set of exquisite GTI TRC velour sport seats. A cool feature in the GTI TCR is the unique ‘x of 300’ number that’s fitted inside letting you know you’re driving something special. A lot of other limited cars just say ‘1 of x’, not really letting you know which number it is. The steering is a TCR Sports version and features a red stripe at the top.