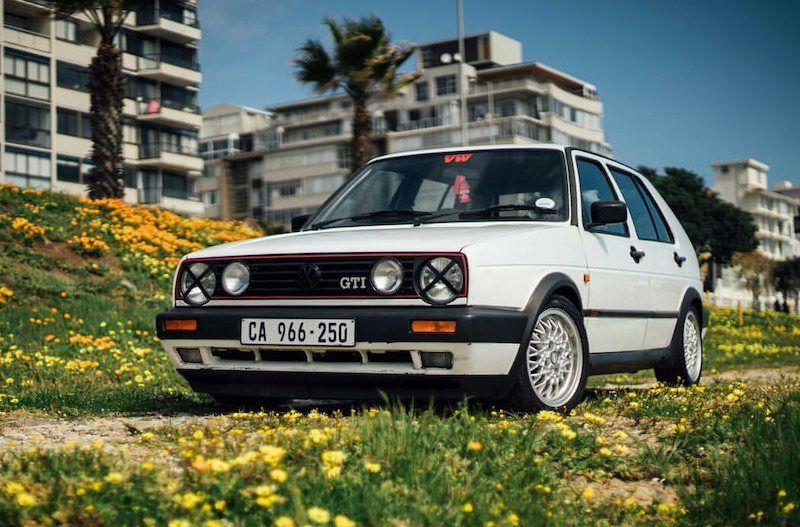 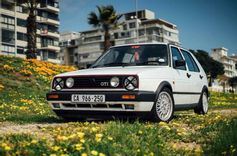 Mk2 Golf GTIs have been long renowned for their sharp handling and superb agility out on the road. After all, one just needs to think back to the late 80s ‘Right Stuff’ television commercial to remind yourself that the Mk2 Golf ‘gave you wings’.

Sure, it was much bigger and heavier than the original GTI and resultantly lacked the crispness of the Mk1, but with the Mk2 GTI, Volkswagen tried to breathe life into the Mk2 and reposition it by using a variety of motors over its lifespan – more than it has with any other GTI in its history. But whereas todays GTI are incredible well built, luxuriously appointed and really quick, the Mk1 and Mk2 GTIs are what most purists would refer to as 'real' Golf GTIs.

The Mk1 GTI has become a proper collector’s car, with the 1986 Mk2 GTI 1.8 16V equally sought after. But what about the 1990 Mk2 GTI 2.0 16V? To put it mildly, it wasn’t as loved as the 1.8 it replaced. At the time, Volkswagen SA desperately needed an answer to the Opel Kadett GSI, so they figured dropping in a bigger 2.0-litre 16V motor – a uniquely South African exercise – would allow the Golf to fend off its rivals.

They hoped that this more powerful motor would make the GTI appeal to a wider range, while appeasing die-hard enthusiasts. The result was horrifying for VW fans, with the 2.0 16V proving not only slower than the 1.8 16V it replaced, but also slower than its key rivals. The GTI 2.0 16V actually tipped the scales at 60kgs more than the 1.8 16V, and that was quite a considerable weight gain. It ran the 0-100kph sprint in a disappointing 9.32 seconds – whereas its predecessor achieved a low 8 second pass – and achieved a top speed of 208kph – 4kph faster than the 1800.

That said, this motor wasn’t just a bored out 1800, it was actually the motor designed specifically for the Passat. High-tech it certainly was, boasting refinements such as piston skirts cooled by auxiliary oil jets, an acoustically tuned inlet manifold, mapped electronic injection and a Bosch K-Jet fuel injection system. It produced 110kw and 175nm to the 1.8’s 102kw and 168nm output, and was far more flexible – mostly because 90 per cent of its peak torque was available from 2,600rpm all the way to 6,500rpm.

It was also fitted with an MQ 5-speed manual gearbox that was created specifically for use with this engine, which had its first gear shortened, and the top four gears taller than the transmission in the 1.8 16V. It might not have been a ball of fire in the traffic light grand prix, but in every day flexibility, the 2.0 16V was flawless. Volkswagen didn’t touch the already stellar suspension of the 1.8 16V, but they did fit larger calipers.

This made it happiest when it was flying through a set of twisties, with handling precision said to be better than the Opel Kadett 2.0 16V. What set it apart from its rivals was its chassis’ combination of superb steering and lively feedback, making it a dream to push-on between A to B. Other than the mechanical updates, changes to the GTI was purely cosmetic, with the most notable being the switch to ‘big bumpers’.

The range-topping Executive model, which was priced at R63 230, featured Recaro-like leather front seats, a four-spoke leather-clad steering (with the hooter buttons placed in the worst spots), and a host of other luxuries like air conditioner, a trip computer, A-frame headrests, and electric windows.  Sadly, despite these updates, the 2.0 16V was accused as being a model that lost the fizz associated with a proper hot hatch, and was focused more towards refinement.

Things only got worse for VW fans as the 2.0 8V arrived in January 1992, followed by the Mk3 GTI in November 1992. Fortunately, strong performance once again came to the fore when the turbocharged Mk4 GTI arrived in July 1999. Despite its ‘flaws’, the Mk2 2.0 16V still makes an attractive proposition for someone wanting a classic GTI, with it more than capable of taking on daily driver duties and enthusiastic driving when the working day is done.