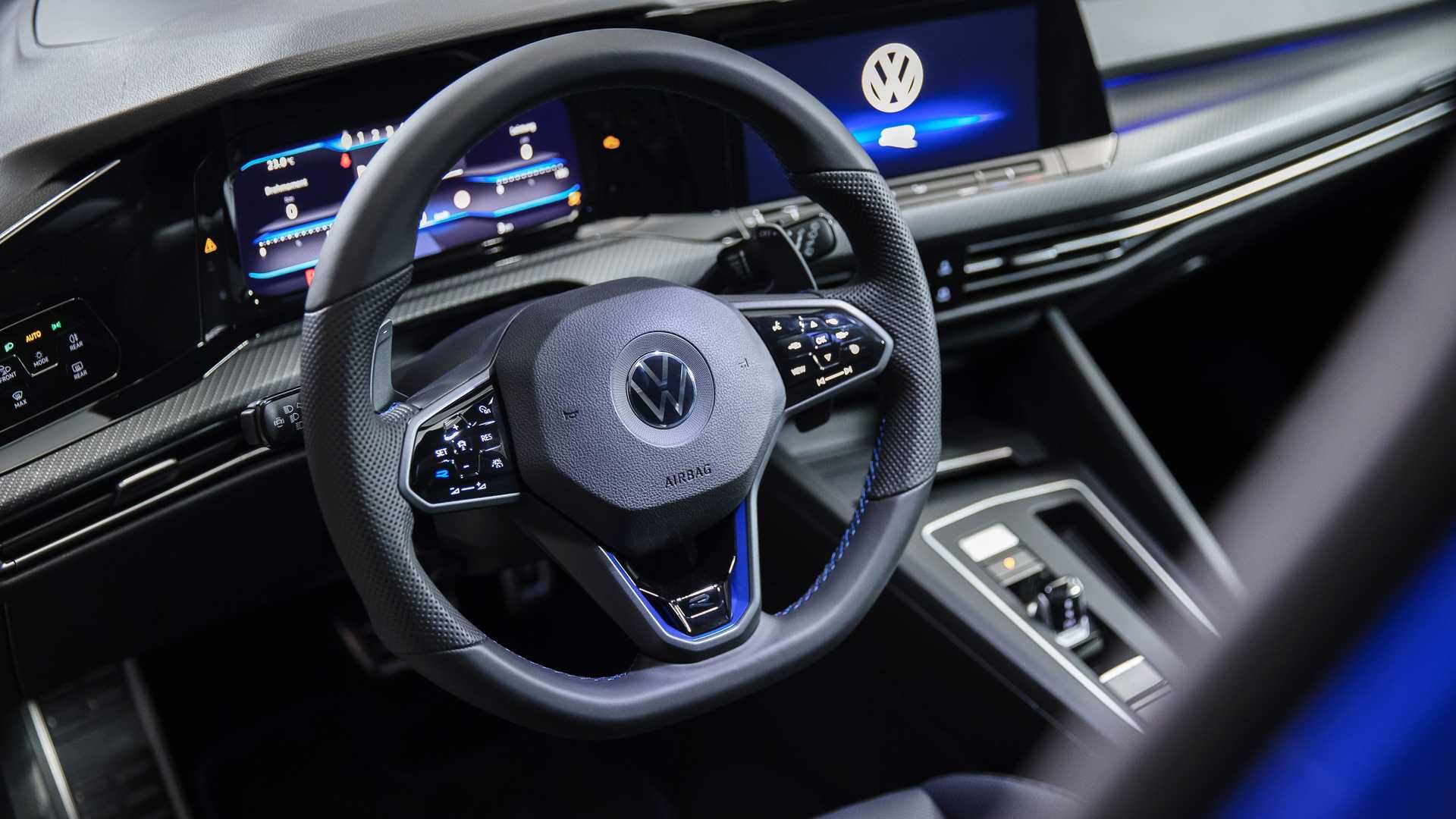 It appears Volkswagen cannot stop teasing us, it was just last month when they revealed the all-new Golf 8 GTI Clubsport. Now, less than a month later, the Golf 8 R has finally been revealed. This may come as a shocker to some as the 8th generation Golf R is only set to be released in 2022, VW defiantly giving us something to look forward to. Being a South African myself, I too am a sucker for the Golf R nameplate, and who could blame us when the current 7th generation Golf R already delivers such a killer driving experience.

Volkswagen has claimed that the new Golf 8 R dashes from a standstill to 100 km/h in just 4.7 seconds. It will come packed with VW’s familiar 2.0-litre four-cylinder turbocharged petrol engine that produces 235kW of power and 420Nm of torque. This output is of course higher than the current generation R which produces 228kW of power and 380Nm of torque. Petrolheads will be happy to know that it will come equipped with either a six-speed manual transmission or a seven-speed dual-clutch automatic transmission. The Golf 8 R will come standard with the newly developed torque-vectoring 4Motion all-wheel-drive system. This will feature a rear differential that will actively distribute torque between the left and right rear wheels for better handling.

The outside of the new Golf 8 R still looks as mean as expected and that’s thanks to the newly redesigned front bumper that comes with a ‘motorsport-styled’ splitter as well as R-specific air intake grilles. On the side, we have matte-chrome side-mirror caps and bulky side skirts. At the rear, is a gloss-black diffuser that is used to frame the new chrome-plated twin tailpipes. It also comes with a large roof spoiler that gives that emphasizes a sportier look. The new R will ride on 19-inch alloy wheels that will come equipped with blue brake callipers.

The inside will be very similar to the GTI version, it will feature a new 10-inch Discover Pro infotainment system and digital cockpit. It comes with black Nappa leather seats with blue R labeling across the backrest. There is also a leather-wrapped multifunctional steering wheel that has blue stitching incorporated in it. A distinctive “R” button will be equipped with it, which is used to select the different driving modes. The Golf 8 R will come with selectable drive modes - Comfort, Sport, Race, Special, Drift, and Individual.

Now, there isn’t an official date for the release of the Golf 8 R just yet, but South Africans can be on the lookout for its arrival which is expected to either be in the last quarter of 2021 or early 2022.