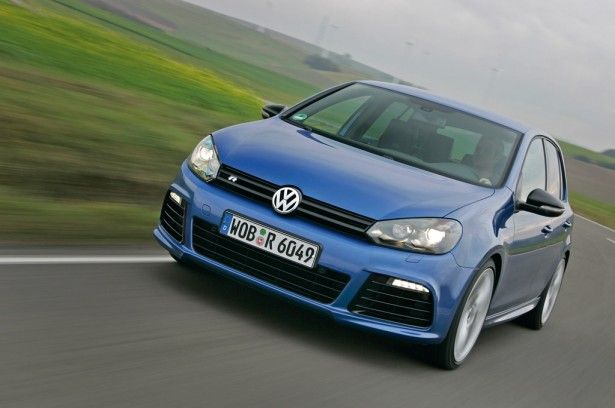 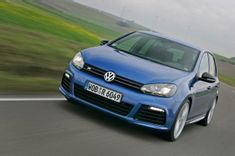 Once upon a time, there was a hot Golf called the R32. It was powered by a 3.2-litre V6, and made a fantastic noise, but the heavyweight Mk5 didn’t handle as well as everyone hoped. Despite looking great, it just wasn’t exciting enough.

Volkswagen went back to the drawing board, and set about righting their wrongs. Their aim was to build a hot hatch with the composure and polish of the Mk6 and the thrill of the R32. The result was the Golf R, and only 280 were made available for its first year of release in South Africa back in 2011.

Rather than a heavy 3.2-litre V6 as favoured by the R32, Volkswagen proved that you don’t need a big engine to make power. Instead the R used an upgraded version of the Mk5 GTI's EA113 2.0-litre turbocharged four-cylinder engine – which it shared with the Audi S3.

The Mk5 GTI engine gained a redesigned alloy cylinder head, stronger rods, high-pressure injector, and 1.2 bars of boost to its turbocharger. While Europe received a 199kw variant, SA received a detuned version that produced 188kw and 350nm. This was due to our relatively hot weather, where a stronger cooling system was installed at the cost of some power. It was still more potent than the R32, and weighed 35kg less.

No-one would mistake the R for a regular Mk6, thanks to its deeper front bumper with enlarged air intakes, revised rear bumper that incorporated centrally-mounted exhaust pipes and a gloss black diffuser. The front grill and the side mirrors were also finished in black, while it also got xenon headlamps, specially designed rear lights and LED DRLs. Along the sides, the chunkier side skirts further lowered the R - which already sat 10mm closer to the ground than a GTI thanks to its revised suspension.

Being a flagship model, it was very well equipped. The option list was limited, with the DCC (dynamic chassis control) and the bucket seats ideally suited to the performance inclined. Sold alongside its mechanically similar – but front-wheel driven Scirocco R sibling – the Golf R lasted until the end of 2012, when the Mk7 Golf appeared and duly pensioned it off.

It was priced at R408 930 for the manual and R423 430 for the DSG when it launched, with the DSG actually cheaper than what the Mk5 R32 was priced at when it was discontinued in late 2008. Sure purists can say they miss the signature soundtrack of the R32 - but with the 6 R – Volkswagen reinvented the ‘perfect hot hatch’. A car that blended performance, build quality, comfort and dynamics into a finely tuned package that was only eclipsed when the Mk7 R arrived in 2014.