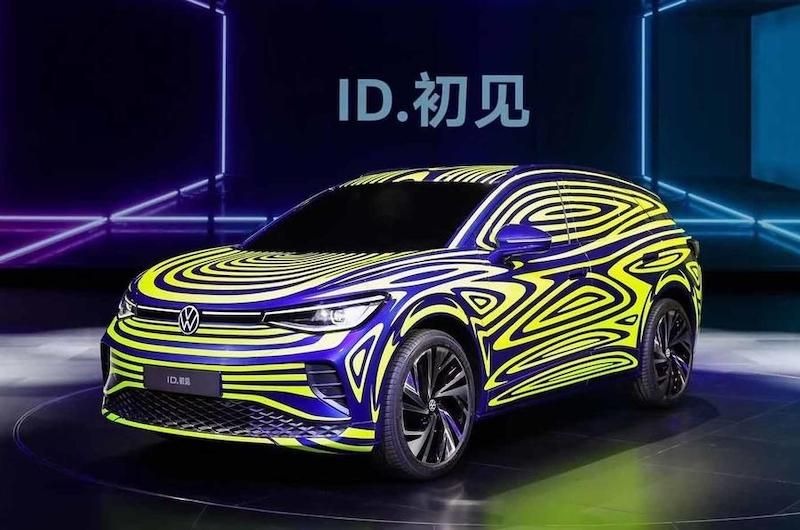 Volkswagen recently teased their latest fully-electric vehicle in Frankfurt, Germany. The brightly-wrapped VW ID 4 was parked inside a glass box for people to browse as they walked past. VW didn’t do a full reveal in an effort to keep the buzz surrounding their new rebranding. The crossover-SUV EV will join its smaller, hatchback ID 3 sibling in the German manufacturers electric offensive.

The design of the ID 4 draws a lot of inspiration from the all-electric ID 3 and infuses it well with its larger SUV stature. In fact, the ID 4 borrows a lot of its design elements from the ID Crozz concept car that was revealed two-years ago at the 2017 Frankfurt motor show. The ID 4 will be offered in two body shapes – a coupe-SUV with a sloping roofline into the rear and a traditional SUV body shape with a more conventional roof line. The ID 4 also ditches the sliding doors of the ID Crozz concept for normal doors.

Production of the Volkswagen ID 4 will take place in China, the USA and Europe in order to maximise the global footprint of the electric vehicle. "As early as 2020, we aim to sell 100,000 all-electric Volkswagens (per year)," said VW Group chairman Herbert Diess at the Crozz concept's 2017 unveiling. "But this is just the beginning. By 2025, annual sales could increase tenfold to one million vehicles." Diess also mentioned that the ID range of electric vehicles will be offered along with internal combustion and hybrid powered models.

In terms of size, the ID 4 sits somewhere between the Volkswagen Tiguan and the longer Tiguan Allspace. The ID 4 aims to be a much more spirited drive than the Tigaun, though, and might actually achieve that thanks to some impressive engineering. There are two electric motors that power the SUV - one at the front and one at the rear. This creates an impressive 48:52 front-to-rear weight distribution. Pair this with a total output of 225kW of power and 450Nm of torque and you’ve got what looks like an impressive vehicle in terms of comfort and dynamics. However, we will have to wait until we drive it before we make such claims.