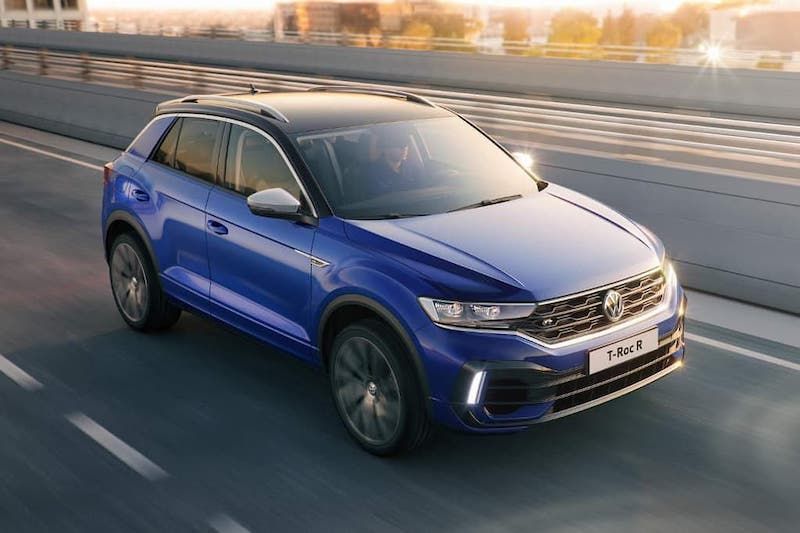 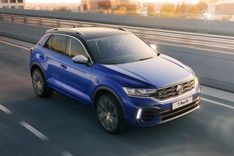 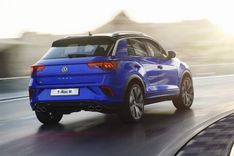 Volkswagen has revealed the second model after the Golf R to inherit the high-performance ‘R’ badge. It’s the new VW T-Roc R, and it’s the latest R-SUV since the Touareg R50 and its monstrous V10 engine from 2007.

The T-Roc R features the same 2.0-litre four-cylinder petrol turbocharged engine as the Volkswagen Golf R, producing 221kW of power and 400Nm of torque. Power is fed through a 7-speed DSG transmission and drives all four wheels, accelerating the T-Roc R from 0-100km/h in 4.9-seconds before climbing up to its electronically limited top speed of 250km/h.

The design of the T-Roc R is just as aggressive as its engine. Its available in a few new bright colours such as Turmeric Yellow, Flash Red and Energetic Orange with all colours available with contrasting black side mirror caps and roof. There’s a new R body kit around the car, 19-inch alloys, a 20mm lower ride height and flared wheel arches.

The interior is a bit less dramatic. The seats are finished in fabric, but can be upgraded with the optional Nappa leather finish. There’s a sporty flat-bottomed R steering wheel up front and an all-new Race option added to the drive modes. We can expect other features from the Golf R to trickle into the T-Roc R such as the adaptive digital instrument cluster and the Dynaudio high performance sound system.