Looking back: The history of the Volkswagen Golf GTI 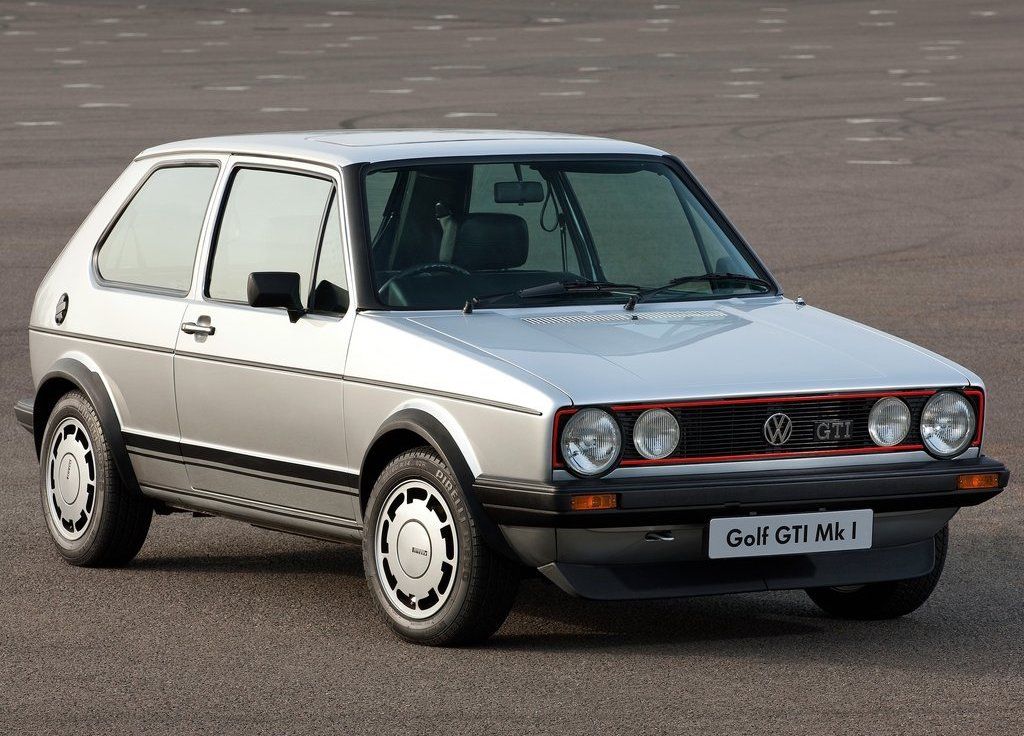 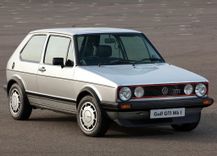 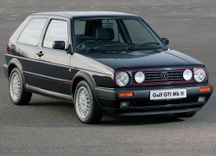 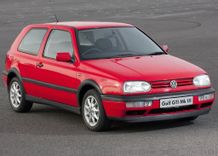 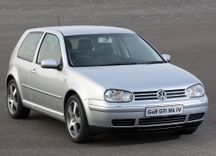 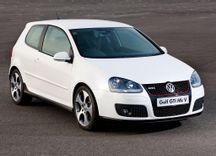 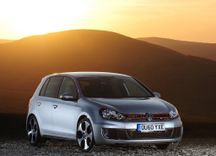 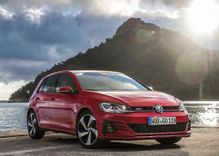 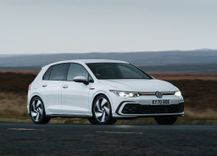 46 years ago, Volkswagen unknowingly created a car that would gain a cult following, adorn bedroom walls and become desired by millions across the world. It was simple enough, really. Take a stylish (though simple) family hatchback, add performance, a bit of styling attitude and tighten up the handling - without sacrificing practicality.

The result? A hatchback that went like a sports car - and to the world, the first hot hatch was born. Let's take a look at the iconic hot hatch that, today, is known by just three letters - GTI.

Interestingly, VW didn't plan on producing more than 5 000 units of the original Mk1 GTI. Officially unveiled in 1976, the sporty Golf was set apart from its conventional stablemates with unique styling touches. The distinctive red frame around the radiator grille, deeper front apron and a lower ride height (by 15 mm) gave the GTI a sporty persona. With just over 800 kg to cart around, the original's 81 kW/140 Nm could shove the Mk1 to 100 km/h in just 9.2 seconds - pretty quick at the time. During its production run, over 460 000 models had been produced - a testimony to its success and popularity.

The 80s saw the introduction of an all-new Golf. While retaining a number of the design elements that made the original so appealing - angular design, round headlamps - the Mk2 introduced more space and further refinement. As with the first model, a GTI sat at the top of the range. At first, an 82 kW 1.8-litre petrol engine provided motivation. In 1986, a considerably more powerful model was introduced, with 102 kW and 168 Nm of torque on tap. In 1992, South Africa received the Mk2 GTI with a 2.0-litre, eight-valve engine - these run-out models were capable of hitting 100 km/h in less than nine seconds.

The third-generation of the German hatchback saw a drastic redesign - while still recognisable as a Golf, the signature round headlamps were gone, replaced by more fashionable, sculpted clusters. Perhaps seen as the lower point in the GTI's history, the third-generation of the hot hatch was rather docile when compared to previous models. What's more, the VR6 overshadowed the GTI in terms of performance and desirability. Both models were made available with a 2.0-litre petrol engine, with different states of tune. The 16V, with 112 kW and 180 Nm of torque was the quickest, with a top speed of 225 km/h and a 0-100 km/h time of 8.1 seconds. Interestingly, the third-generation was the first offered with airbags and ABS brakes.

First seen in 1997 (although SA got them in 1998) the fourth generation, in terms of exterior design, was more of an evolution than a revolution. The classy, upmarket styling really made the Golf stand out from rivals. The interior was notably upmarket, too. Plenty of soft-touch materials covered most of the surfaces, with a heft to the controls - once only found in more expensive cars - noted in the Golf 4. Still, like the Mk3, the GTI left a lot to be desired. Many engines were made available - including diesels, V5's and V6's. Locally, the GTI was available with a 1.8-litre, turbocharged four-cylinder. With 132 kW and 235 Nm on tap, it was notably more powerful than past models. But because of the added weight that came along with all the new luxuries, refinements and safety features, performance hadn't changed. 0-100 km/h was still dispatched in around eight seconds - not slow, but rivals from Opel, Ford and Toyota could provide better performance for less money.

The fifth-generation is where the Golf GTI got its mojo back. The iconic red lip around the grille was back, while gorgeous 'Denver' alloy wheels gave the redesigned hatch a sporty look. With 147 kW and 280 Nm of torque, the GTI finally had the performance it required to battle the fierce hot hatch rivals. While a six-speed manual was available, the now popular six-speed DSG gearbox was made available, reducing shift times considerably. While a more powerful (and more expensive) R32 Golf was also made available, the balanced front-wheel drive handling and distinctive styling of the GTI gave the hatch its own persona. The 0-100 km/h time was drastically reduced to 6.9 seconds, with a top speed of 243 km/h. In SA, the Mk5 GTI became famous as the preferred choice of car for the now-defunct Scorpions.

Just five years after the fifth-generation was revealed, Volkswagen debuted the Mk6. In 2009, the sixth-generation went on sale, with a lightly restyled exterior and interior, reminiscent of the Golf 5. Interestingly, the 6 shared the Mk5's platform. The styling cues remained - red detailing around the grille, deeper spoilers and larger 'Denver' alloy wheels - with a few updates. Power was uprated to 155 kW, while torque remained the same at 280 Nm. The sixth-generation GTI stuck around for just four years before the much-loved 7 hit the scene.

The Mk7 - a favourite among many fans of the GTI - debuted in 2013, with a turbocharged 2.0-litre engine. With 162 kW on power (169 kW in the performance version) and 350 Nm of torque, performance was improved even further. The DSG gearbox, now even more responsive, allowed the newcomer to sprint to the ton in just 6.5 seconds - nearly as quick as a base-model Boxster. Not only did the Mk7 really heighten the nameplate in terms of performance and handling, but with regards to tech and safety, too. As a farewell to the Mk7, a limited run TCR derivative was introduced, with just 300 examples produced. The final model received a 213 kW motor, with numerous performance add-ons.

Priced from R669 300, the new Golf 8 GTI promises to be everything the Mk7 was and more. Like its predecessors, the Mk8 uses a 2.0-litre, four-cylinder turbopetrol engine that produces 180 kW and 370 Nm of torque. It sends all its power to the front wheels through a seven-speed DSG 'box, with a 0-100 km/h sprint time of just 6.4 seconds. A number of luxury features are available, including a heated leather-wrapped sports steering wheel, parking sensors, leather upholstery, cruise control and climate control.