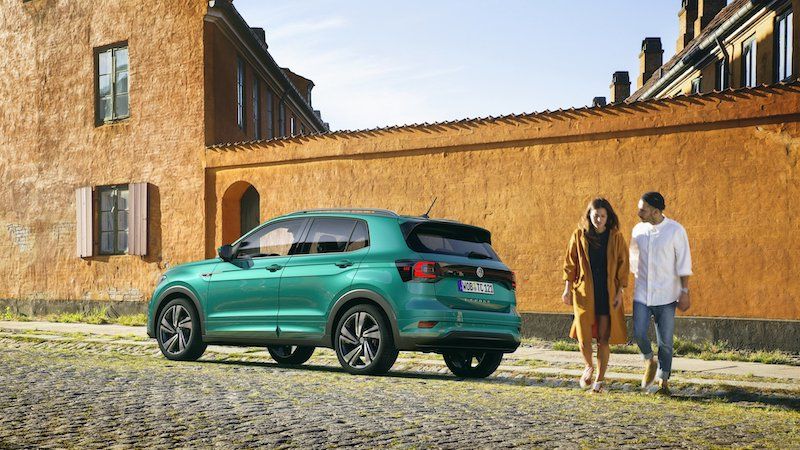 With the Volkswagen T-Cross, Volkswagen introduces another new SUV model: even shorter and therefore better suited to the city than the T-Roc, and even more compact than the Tiguan. Ralf Brandstätter, Chief Operating Officer of Volkswagen Brand, explained at the world premiere in Amsterdam: "We're actually presenting the T-Cross today three times over! We unveiled it a few hours ago in Shanghai, and São Paulo will follow later tonight. It shows just how important the T-Cross is to the Volkswagen brand as a truly global product."

Being based on the Polo, means that it rides on the same MQB platform, and just like the Polo, it will be exclusively front-wheel drive. And because of this, it has allowed Volkswagen engineers to stretch out its wheelbase to a generous 2.56m and seat up to five adults, despite being only 4.11m long.

For the greatest possible versatility in the interior, the sliding rear seat can be adjusted by 14 centimetres, allowing more passenger leg room or more luggage space. The luggage compartment has a capacity that varies between 385 and 455 litres. If that’s not enough, the rear seatback folds down fully or partially to expand cargo volume to an impressive 1,281 litres.

It will launch globally with a choice of a single diesel engine, and three petrol engines - a 1.0 TSI three-cylinder petrol available with either 70kw or 85kw, and a 1.5 TSI four-cylinder petrol motor with 110kw. The sole diesel variant is a 1.6 TDI four-cylinder engine that produces 70kw. Although, the line-up for South Africa has yet to be confirmed. All engines comply with the latest Euro 6d-TEMP emission standard.

Standard equipment for the new T-Cross includes numerous driver assistance systems which were previously reserved for higher vehicle classes. Together with the vehicle's outstanding crash characteristics and exemplary occupant protection, these increase safety, reduce the risk of a collision and improve driving comfort.

Just like its sister model the Polo, the new T-Cross is manufactured at the Spanish Volkswagen factory in Navarra. Volkswagen is set to invest over ZAR 17 billion there by 2019 in order to serve the particularly strong growth in the market for compact SUVs. At the same time, approximately 10% more jobs will be created there. For the 2017-2027 period, independent forecasting institutes expect an approximate doubling worldwide of so-called CUVs (Crossover Utility Vehicles) in the small car segment - the class to which VW T-Cross belongs.

Further proof that the crossover bubble is nowhere near bursting, is that Volkswagen plan to launch another crossover next year. Although, that model – the fully electric I.D. CROZZ – will arguably be one of their most important models to date.

Expect Volkswagen SA to release more information on pricing and specification of the T-Cross closer to its local launch.