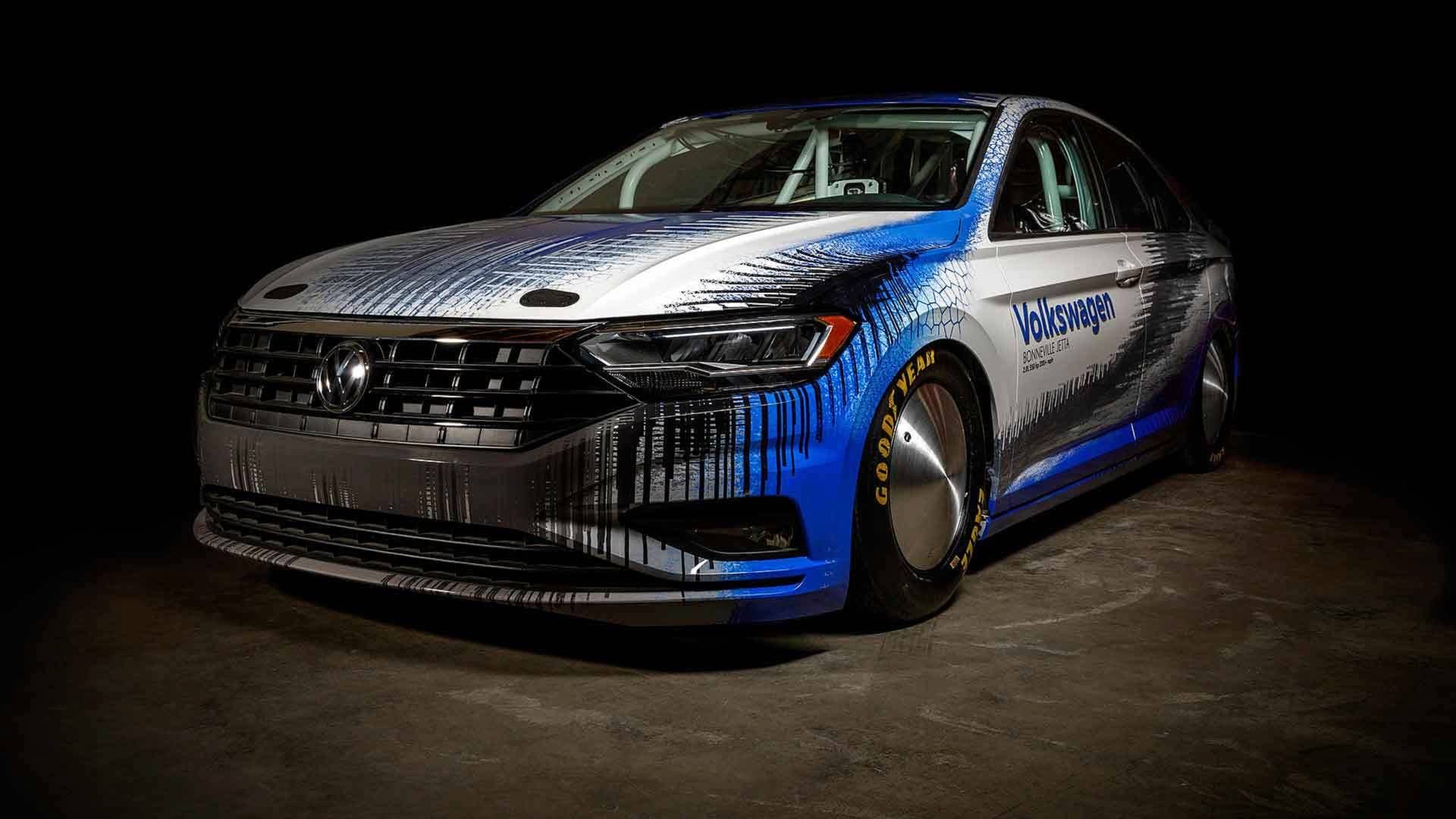 Volkswagen Racing is really on it these days. This past weekend they contested the gruelling Pikes Peak International Hillclimb in Colorado, USA with Romain Dumas at the helm of their I.D. R race car.

Racing up the 20km hillclimb – often termed the ‘Race to the Clouds’ – Dumas smashed the all-time record on the 156 corner course, set by Sebastian Loeb in 2013 driving a Peugeot 208 race car. He recorded a time of 7:57.148, which obliterated Loeb’s record by almost 16 seconds.

The I.D. R is a purpose built race car that is powered by an all-electric 'powertrain' that features a 43-kWh battery that sends all of its power (approx. 500kw and 650nm) to all four wheels. The car tips the scales at just 1.1 tons, so it’s no surprise that it does 0-100kph in around 2.3 seconds.

Following that record, Volkswagen has turned its attention to another, this time with a Jetta that is specially prepared for a top speed attempt.

Based on the latest US-spec Jetta, this is the Bonneville Jetta, built by Ventura-based speed shop THR Manufacturing, and it’s got its sights set on the BGC/G class record at the famous Bonneville Salt Flats in Utah, USA.

The Bonneville Jetta will receive a specially-tuned and modified version of VAG’s 2.0-litre EA888 direct-injected and turbocharged four-cylinder power plant. Apart from a very unique livery, The Jetta also gets salt flat specific wheels and tyres, a highly tuned suspension kit and a limited slip differential. It's also got a pair of parachutes out back to help slow it down.

The current class record speed the Jetta has to beat is 335.5kph, which Volkswagen hopes to reach with the help of the Jetta's good drag coefficient of 0.27. The record attempt will take place at the 2018 Bonneville Speed Week in early August.