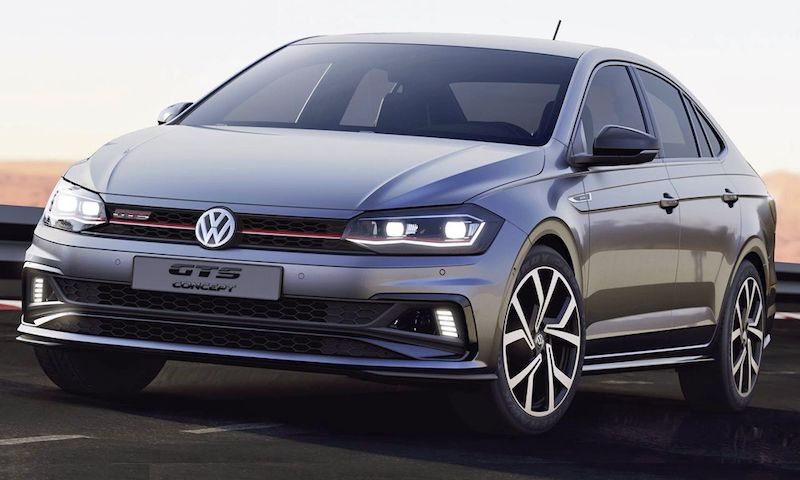 Volkswagen Brazil has been very busy as of late. Not only did they unveil the Brazil-only Tarok pickup concept at the Sao Paulo International Motor Show, but they showcased two very interesting concepts that are scheduled to hit Brazil in 2019.

In fact, it would be fair to say that the exterior of the GTS is almost identical to that of the GTI, sporting the same 18-inch alloy wheels, the same grill with a red horizontal bar, LED headlights, equally sporty front and rear bumpers, and dual exhaust tips out back.

The interior too is loaded, and includes everything from a digital instrument cluster and an eight-inch touchscreen to a rearview camera and rain, light sensors.  There is also a sports steering wheel with GTS badging and red stitching, matching red accents on the air vents, floor mats and gear shifter, while the seat upholstery of the sport seats, inner door panels and headliner all get a dark colour scheme, all adding to the racy look of the sporty GTS.

The biggest different is under the bonnet though. While the Polo GTI uses a 2.0-litre turbocharged motor to produce 147kw and 320nm, the GTS doesn't quite have the same firepower. It makes do with a 1.4-litre TSI engine that makes 110kw and 250nm. Power is sent to the front wheels via a 6-speed dual-clutch transmission. Volkswagen brazil has yet to release any performance figures.

Sadly the GTS is not destined for South Africa at this stage.