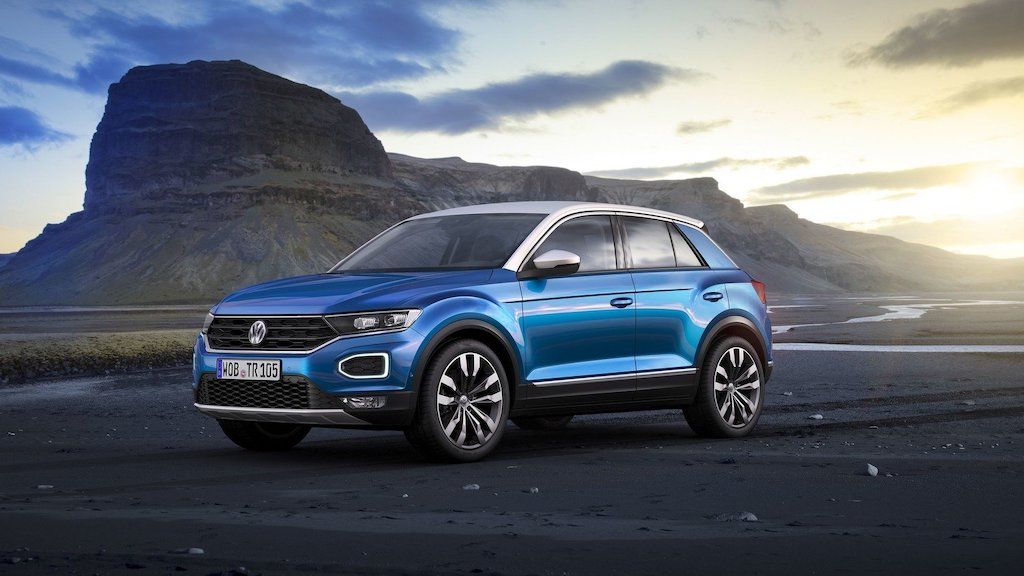 Volkswagen's latest compact crossover is finally ready to hit South Africa – albeit before the end of 2020. Yes, after originally making its worldwide debut back in 2017, Volkswagen’s new T-Roc will hit Mzansi; and there is massive anticipation for the compact SUV.

The T-Roc will be Volkswagen’s first entrant into one of the most hotly contested segments which sees it rival the Mini Countryman, Mazda CX-3, Nissan Qashqai, Hyundai Kona, Honda HR-V, Peugeot 3008, the Toyota C-HR and the Opel Crossland X. Because of its shared platform, the T-Roc is closely related to the Audi Q2, but it should offer a price advantage over its Ingolstadt-based sibling.

Much like the T-Cross, the T-Roc is aimed at attracting younger buyers, and ushers in a new styling direction for the Wolfsburg firm, showcasing 26 different colour options available to buyers, whilst the R-Line derivative will have 21 different colour options. The T-Roc is instantly recognizable and wouldn’t be mistaken for any else except a Volkswagen. It’s certainly an attractive looking crossover with a Tiguan-inspired front end, muscular wheel arches, its bi-coloured curving roofline, and sloping C-pillars. The T-Roc’s LED DRLs are particularly cool, as they surround the intakes on the bumper, and can change from white to amber to double up as indicators.

The interior is loaded with the very latest technology. And while our South African specification T-Roc will differ from the UK-spec, it seems likely that it will also feature Volkswagen’s digital dashboard display, an 8-inch infotainment touchscreen system, with both Apple CarPlay and Android Auto functionality.

Thanks to its increased height over the Golf, there is not only more space inside for passengers, but for luggage too. The interior is said to seat five comfortably and is also more spacious than the T-Cross. And thanks to the crossover’s generous dimensions, headroom will never be an issue. Loading capacity can increase to an impressive 1,290 litres, up from 455 litres, if you fold down the rear seats.

Two engine variants of the T-Roc will initially be available in South Africa. The entry-level model will use a 1.4 TSI engine with 110kw and 250nm, paired with an 8-speed Tiptronic. It will run from 0-100kph in 8.4 seconds, and reach a top speed of 205kph, whilst Volkswagen claim it will achieve fuel economy of 6.9L/100kms.

Optional features on all derivatives include; the panoramic sunroof, electronic trailer hitch, smoker's package, Discover Pro navigation system with a 9.2-inch screen, the Beats sound system and the Park Package.

When the T-Roc was tested by Euro NCAP, it earned a five-star safety rating. It scored exceptionally in adult occupancy protection, as well as child occupancy safety. In the T-Roc, the level of passive safety features included are Electronic Stability Control (ESC), Park Distance Control, LED Headlights, Light and Vision Package, Blind Spot Monitor and Fatigue Detection. In addition to these safety features, I.Q Drive technologies are also available on the T-Roc. The technologies support Volkswagen's journey to autonomous driving and represent the relevant driver assistant systems which aid the parking, driving and security of the T-Roc. The I.Q Drive technologies included in the T-Roc are Park Assist, Emergency Assist, Front Assist, Traffic Jam Assist, Adaptive Cruise Control and Lane Assist.

When the T-Roc debuts in November 2020, it will be the fifth model in Volkswagen’s T-SUV range, which would then comprise T-Cross, T-Roc, Tiguan, Tiguan Allspace and the Touareg. Volkswagen SA has said that the T-Roc will ship with a 3 year/120 000km warranty and a 5 year/ 90 000km Volkswagen Service Plan, whilst service intervals are 15 000km.

And while Volkswagen offers the T-Roc as a cabriolet variant in some markets, it is unlikely that the model will make it to Msanzi. The high-powered T Roc R though, which features the same powertrain as the brilliant Golf R however, could very well be on the cards.