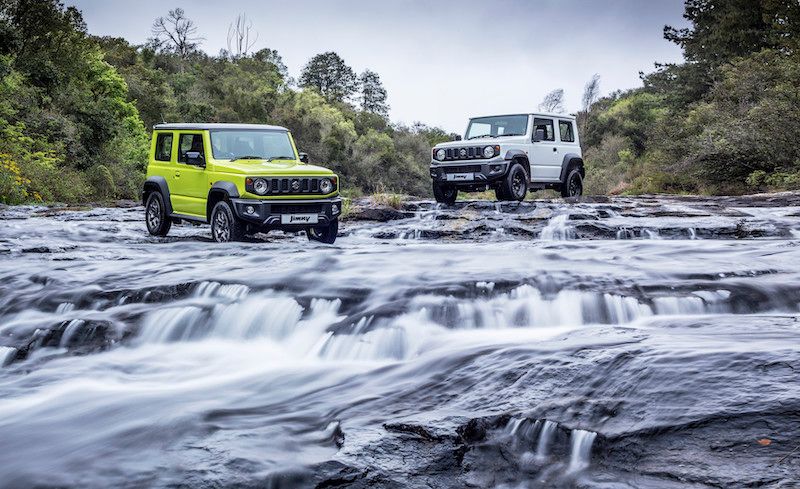 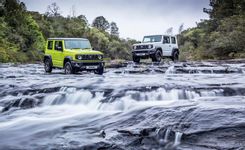 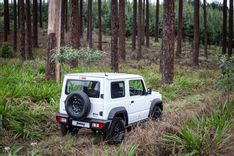 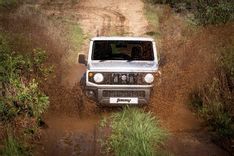 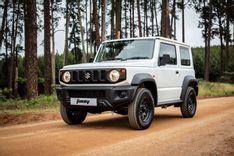 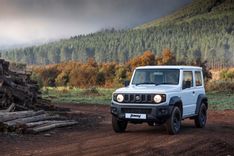 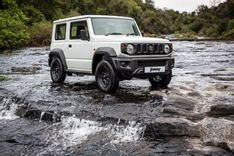 Suzuki has officially launched their new Jimny in South Africa. After seeing the fourth-generation Jimny at the SA Festival of Motoring at Kyalami a few months back, the diminutive off-roader is finally on sale, joining the Swift, Dzire and Ignis as the latest addition to Suzuki SA’s growing list of quality compact offerings.

The new Jimny replaces an aging yet still competent model that has been in the market for 20 years, but still retains its supreme off-road ability and compact, functional nature. And with that, South Africa will get three models of the new Jimny, the entry-level GA manual, and the GLX available with either a manual or automatic transmission.

“In the absence of many affordable 4x4 vehicles, this philosophy of building a compact and capable off-road vehicle at an affordable price is now more needed than ever. And it has seen the Jimny quickly log multi-year waiting lists in many of the countries in which it has been introduced,” says André Venter, divisional head for sales and marketing at Suzuki Auto South Africa.

The retro-looking Jimny looks more chiselled than its predecessor, with sharper lines, and a boxier overall profile. While it does retain the familiar boxy shape, the front fascia is a far cry from its predecessor with a look that’s reminiscent of a Mercedes G63 or a Jeep Wrangler. The signature flared wheel arches are still there, showing that Suzuki has retained the hardcore off-road character of the Jimny. The front grille is also more upright than the previous generations and has a five-slat design. Other noticeable changes over its predecessor are the round projector headlamps, and LED lighting. Both variants get new moulded bumpers which allow for good approach / departure angles, as well as a tailgate-mounted spare wheel in typical Jimny fashion.

While its exterior retains its retro looks, there is a twist of modernity on the interior, whilst still retaining the utilitarian nature of the original Jimny. In what is the most spacious Jimny ever, Suzuki engineers have designed the interior around comfort and practicality. Front occupants have 30mm more legroom than before and the rear passengers have 40mm more space and a higher hip point, for greater comfort. More important is the reasoning behind the design of the front seats, where the designers lowered the seat bolsters. This was done to allow comfortable shoulder movement when the driver and front passenger want to look around and behind them, for instance when they navigate a tricky obstacle when off-roading.

The upholstery is comfortable but hard-wearing, and the moulded dashboard features hard-wearing resin with a mix of a repeating line pattern and, on the lower parts, the same type of grippy texture as on a professional DSLR camera body. The instrument panel housings have been finished in a brushed metal finish and the door handles have been enlarged for easy operation (or to hang on!) even when you are wearing work gloves. Similarly, the switches and dials have been designed for easy operation with work gloves and all stalks and dials have been tested for easy, intuitive operation.

The range-topping GLX variant gains a 7-inch Smartphone Linkage Display Audio (SLDA) infotainment touchscreen system. This large touch screen is fitted with Apple Carplay, Android Auto and Mirror Link to accommodate most smartphones’ in-car features and voice control functionality available in the market today. The system has a USB connector, SD-card slot and Bluetooth hands-free connectivity and the most important features can be controlled by buttons on the leather-covered steering wheel.

Gone is the 1.3-litre petrol engine that powers the third-generation Jimny. In its place is a new 1.5-litre petrol motor that is said to be 15% lighter, and significantly more economical than the motor it replaces. The new K15B boasts more power than the old M13A, with 75kw and 130nm trouncing its predecessor’s 63kw and 110nm output. The engine is mated to a five-speed manual gearbox and an optional four-speed automatic gearbox in GLX specification. Fuel consumption on a combined cycle has been tested at 6.3 litres for the manual models and 6.8 litres for the automatic model. In contrast, the previous generation Jimny was rated at 7.2 litres and 7.8 litres per 100 km respectively.

Standard on all new Jimny models is Suzuki’s trademark ALLGRIP PRO 4x4 system. The system allows the driver to comfortably switch between 4x2 (rear-wheel drive), 4x4 high and 4x4 low range with a secondary gear lever, on the fly at speeds of up to 100kph. This system is supported by both the vehicle stability control (ESP) and a new Brake-enabled Limited Slip Differential system, and further enhanced by the integrated Hill Hold Function and Hill Descent Control. Interestingly, the diminutive off-roader’s wheelbase is unchanged at 2250mm, however it is 45mm wider, yet 50mm shorter. It does however boast a 40mm wider front and rear track, which increases stability on and off-road.

A ladder frame configuration and an “X” member between the two rigid axle’s amount to 1.5 times the torsional rigidity of its predecessor, and together with the three-link rigid suspension no doubt combine to once again give it impressive off-road abilities. Lastly, the new design has enabled Suzuki’s engineers to improve on the Jimny’s already legendary off-road curriculum vitae. Apart from having 210 mm of ground clearance - 20 mm more than before - the Jimny’s approach angle has improved from 35 degrees to 37 degrees, the break over angle is up to 28 degrees from 27 degrees and the departure angle has improved significantly from 46 degrees to 49 degrees.

As expected, specification level on the GA is comprehensive. Together with the latest safety tech in the form of ABS, BAS, ESP, ISOFIX seat anchors, and dual front airbags, it also comes with air conditioning, power steering, an immobiliser, ALLGRIP PRO 4wd system with low range, brake LSD, Hill Hold and Hill Descent Control, 15” steel wheels with a rear mounted full-size spare wheel and a double DIN radio with 2 speakers.