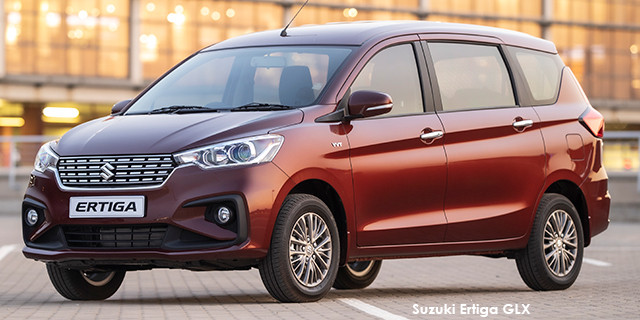 Four kids. Four different schools. The daily home-school-home commute was not a fun one for me and my siblings growing up. Granted this was the late 90s, but we had an old Honda Ballade that despite its rusty appearance, soldiered on; seating four growing kids and my mother, in a rather uncomfortable affair. Pit stops at the supermarket, revealed the need for a trailer, as did sports-filled afternoons. Fortunately, the seats were made of a soothing velour material, which was at least some solace as you tried to pass the time by falling asleep with your legs in cramps.

Back then, if you wanted a spacious people carrier, you could have to fork out a small fortune for a Chrysler Voyager or a similar MPV. Fast forward twenty years, and while you aren’t exactly spoiled for choice when it comes to MPVs, there is one very good offering that immediately springs to mind. In a sea of taxi-spec Toyota Avanza’s, Suzuki’s second-generation Ertiga stands out, cutting an impressively good-looking profile. First and foremost, this is an MPV that seats seven, so historically, you should expect something rather mundane. Suzuki though had other plans and created something that looks genuinely good. Sure it’s not a sporty drive or anything – because it’s not meant to be – but it does have some sporty touches like the accentuated front air intakes, its 'floating' roof, and a strong shoulder line.

Compared to its predecessor, the new Ertiga has grown in length by 130mm and is now 40mm wider, all of which means more space. There is adequate space for seven, and luggage space increases from 153 litres to 803 litres of space, depending on how many seats you drop down. This makes the Ertiga the perfect companion to not only shuttle kids in complete comfort, but they have load everything from cricket bags, to half the school’s library into the cavernous Ertiga. The interior is very comfortable place to be, even more so for the driver, as everything is within an arm’s reach away. The audio system is basic, but easy to use, and the seating position is commanding and gives a great view of your surroundings.

Suzuki’s refreshed Ertiga also gets a new engine – the K15 1.5-litre naturally aspirated four-cylinder petrol motor, which produces 77kW and 138nm, is on up on power from the previous 70kW 1.4-litre motor. Power goes to the front wheels via the choice of a 5-speed manual gearbox or a 4-speed automatic. While you may think that 77kW is rather low, it’s important to note that the Ertiga is relatively light, so when paired with the manual gearbox, it does throw up some gutsy performance – so much so that you can actually hustle it through some twisties. That said, don’t try that with a bunch of kids in the Suzuki Ertiga.

The Ertiga is available in three derivatives – the 1.5 GA priced at a very affordable R214 900, the 1.5 GL at R239 900, and the automatic-equipped 1.5 GL Auto at R254 900. All variants feature ABS and EBD, ISOFIX seat mounting points, LED taillights, as well as airbags for the driver and front passenger. Other niceties include an effective air-conditioner system, with ventings throughout the cabin, an adjustable steering column which is no doubt appease mom, power-steering, and an on-board computer. The GL variants gain a multi-function steering wheel with Bluetooth, a touchscreen infotainment system, a USB port, and park distance control.

Buy a new or used Suzuki Ertiga at a great price.
We put you back in control, make a single request and get up to 3 quotes from dealers nationally.
Coming soon