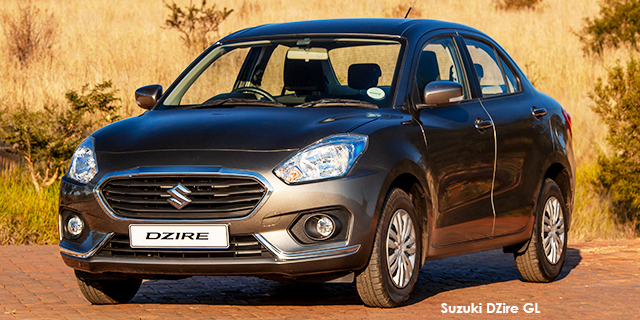 The DZire might be a small sedan, but it delivers with loads of space, good looks, and a great price

It’s fair to say that South Africans are some of the most brand biased buyers in the world. If it isn’t a Toyota, Volkswagen, BMW or Mercedes-Benz; odds are they will turn their noses up no matter how decent the offering is.

But in recent years, with the price of fuel reaching record highs; there has been quite a gravitation towards affordable, quality motoring. At the same time, many automakers competing in the supermini segment have raised their game, and have really captured the market.

Suzuki has been one of those innovative automakers. Not only have they delivered some genuinely good products that are well-priced, but they have also set new standards in customer service. As a result, they have reaped the rewards and are currently one of the fastest growing brands in South Africa.

Much like its predecessor, the DZire is based on the Swift, but is far more than just a booted Swift. The new DZire rides on the same 'HEARTECT' platform which underpins the Ignis, Baleno and the Swift. However, while the Swift is setup for a somewhat sportier ride, the DZire is a little more comfort biased. That said, the DZire – like the Swift – is nimble, and light on its feet. It responds quickly to steering inputs, and thanks of its complaint ride, can be driven enthusiastically on the open road. Conversely, it’s been endowed with a small turning circle which makes it adept at navigating tight city roads.

All Swifts and DZire’s are powered by the same motor. A rev-happy naturally aspirated 1.2-litre 4 potter that produces 61kw at 6,000rpm and 113nm at 4,200rpm. That might not seem like much on paper, but when you consider that the Dzire tips that scales at just 890kgs, you can be assured of an energetic performance – especially so at the coast.

In terms of performance, 0 to 100kph takes roughly 12 seconds, whilst we managed to achieve a stellar average fuel consumption of just 5.2L/100kms. The front-wheel driven DZire is available with a choice of two transmissions – a smooth-shifting five-speed manual as standard, and a five-speed automatic that is available on the flagship 1.2 GL variant.

Whichever way you look at it, you have to admit that the new DZire is quite an attractive little sedan. Compared to the Swift DZire it replaces, the new DZire struts it stuff with a large Jaguar-esque grill up front, chrome touches throughout, and prominent recesses around the front fogs giving it a distinctive face. It still retains its stubby rear end, but because of this, it can boast luggage space of 378 litres – 78 litres more than before. And life the Swift, out back are now LED tail lights. Suzuki also offers an optional spoiler kit and alloy wheels if you are after a sportier look.

Its colour options are a little staid, but this just emphasizes that is it a far more serious and mature offering than before. There are seven colours available - Oxford Blue Pearl Metallic, Sherwood Brown Pearl Metallic, Gallant Red Pearl Metallic, Arctic White Pearl, Silky Silver Metallic, Magma Grey Metallic and Midnight Black Metallic. Form certainly follows function with the DZire as engineers have aerodynamically optimized its design for an improvement of 18% in drag coefficient over its predecessor. This helps to lower cabin noise at high speeds and improves overall fuel consumption.

The interior is all new too, and while not as funky as the Ignis, it is more driver focused than that of the larger Baleno. The dash is well laid out, with all instruments easy to read and use. As an ode to Suzuki’s iconic GSX1300R Hayabusa, the DZire’s instrument cluster drew inspiration from the legendary hyperbike. The 6 ‘o clock position of the tachometer and speedometer, the font and the layout are very similar to Suzuki’s flagship motorcycle.

There is a meaty multi-function steering that is three-spoke in design, which falls nicely to hand, with controls for Bluetooth and the sound system volume mounted on the wheel. The interior is a fairly sombre affair, with its all-black design offset by a bizarre pattern on the cloth seats. Specification though is decent for a car at this price point, with the DZire fitted with an air conditioner, an on-board computer, and airbags for the driver and front passenger. ABS with EBD, and ISOFIX seat mounting points also feature as no-cost options on all models.

Buy a new or used Suzuki DZire at a great price.
We put you back in control, make a single request and get up to 3 quotes from dealers nationally.
Coming soon