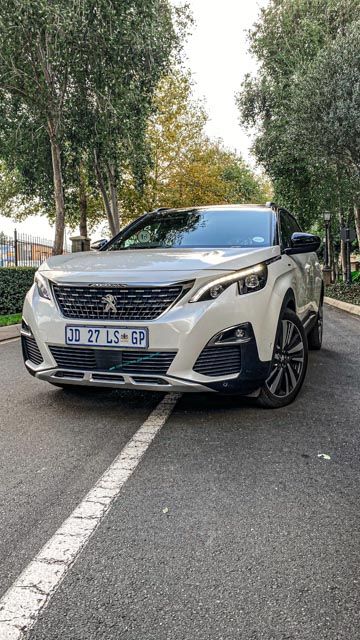 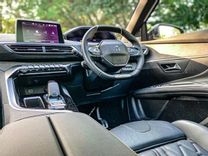 In 2019 the PSA Group reintroduced the Citroen brand to the local market and also took the opportunity to refresh the Peugeot offering. We were handed the keys to a 5008, in GT Line guise recently to see what the Lion brand has to offer.

The 5008 is a wonderfully designed product for a seven-seat SUV, something designed to maximise space inside, which has a way of negatively affecting exterior designs. This is evident in many products; however, the Peugeot manages to pull of the tough double act of being inoffensive to look at while maintaining its practicality.

Contributing to these good looks is the Peugeot corporate face, complete with a massive chrome grille and angular headlamps. The side profile of the 5008 includes a straight-cut shoulder line that extends to the rear while the side-on is also characterised by diamond-cut alloy wheels and a chrome strip the separates the doors from the lower plastic cladding. The rear end is features taillights that resemble a claw stroke on either side while exhaust tips on either side of the bumper round off a pleasing aesthetic.

The interior of the 5008 is rather premium, even more so in GT Line trim, with a layered dashboard, complete with a unique, denim-like material covering certain surfaces. There’s also a 12.3-inch digital instrument cluster which is fully customisable while the 8.0-inch infotainment system provides smartphone connectivity but is certainly an ageing unit now, in need of an update when the systems from Volkswagen  are considered .

The seats are covered in beautifully textured leather while those familiar with the brand will consider the tiny steering wheel, aerospace-style switches in the centre console and the oddly shaped gear lever as enjoyable quirks of the brand. In terms of interior space, the big Peugeot excels with seating for seven, and 780-litres of boot space with the third row folded flat.

The engine department was where my test unit began to show signs of weakness. Despite the anti-diesel movement sweeping through Europe at the moment, Peugeot still markets and sells its rather lovely 2.0-litre turbodiesel motor, which is available in the 5008 range, however, the press car was fitted with the now well-aged 1.6-litre 121 kW and 240 N.m turbo petrol engine mated with a six-speed torque converter.

Despite being a relatively agreeable powertrain, in a product that costs just about the same as a 2.0 TSI Comfortline R-Line Volkswagen Tiguan Allspace, the decade-old motor simply doesn’t cut the mustard anymore. Hauling seven occupants would likely result in an even higher fuel consumption figure than the 9.2 L/100km that I achieved during my tenure, despite the 7.0 L/100km claim. This leads me to recommend the oil burner within the range, if you’re after a 5008, that is.

A week in the 5008 revealed that the French automaker most certainly has what it takes to compete within this tough market in terms of its product offering, however, the brand’s commitment to improved parts availability customer service and a more comprehensive dealership network is something that will take time.

Buy a new or used Peugeot 5008 at a great price.
We put you back in control, make a single request and get up to 3 quotes from dealers nationally.
Coming soon