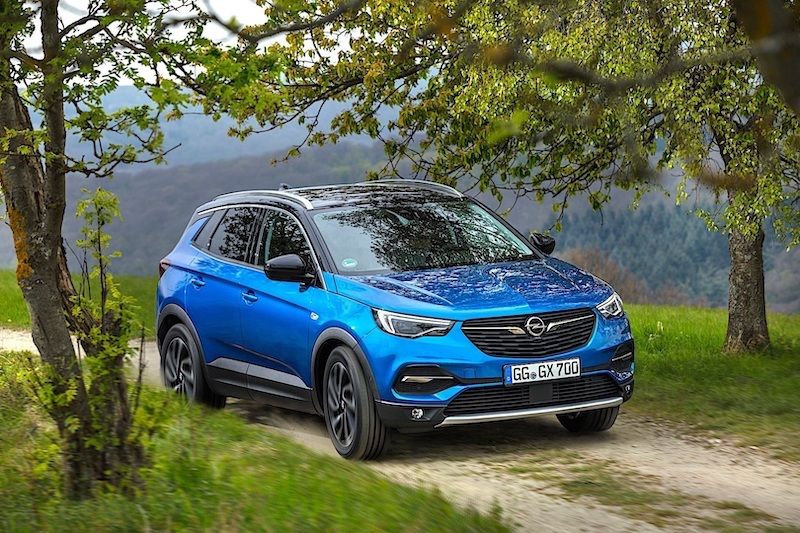 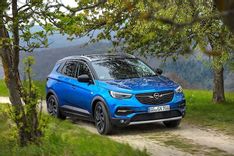 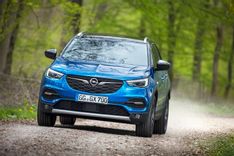 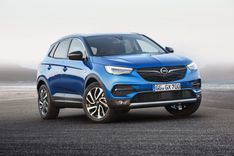 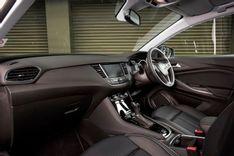 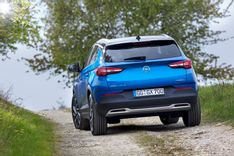 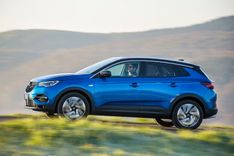 Opel has been on the comeback trail since splitting from General Motors, launching a handful of SUVs locally as well as promising the revival of the GSi moniker. Following the Mokka X and the Crossland X, their largest SUV, the Grandland X has arrived. In fact, Opel is one of just five automakers that have two vehicles listed as semi-finalists in the 2019 AutoTrader SA Car of the Year competition – the Crossland X and the Grandland X.

The Grandland X shares its platform and powertrain with the Peugeot 3008, thanks to a joint venture agreed long before Peugeot’s PSA parent bought Opel in 2017. The five-seater SUV actually measures 4477mm long, 1636mm high, and 1844mm wide, and goes up against established rivals like the Honda CR-V, Toyota RAV4, Volkswagen Tiguan and Hyundai Tucson to name a few.

And while not a four-wheel drive SUV, thanks to 223mm of ground clearance, the front-wheel drive Grandland X has proven to be a strong performer on all terrains. So much so that it beat eleven of its closest rivals to be crowned best vehicle in its segment in "Off Road" and "SUV Magazin"s 2018 Off Road Awards. The Grandland X picks up where the Mokka left off, where the compact SUV won its segment in both 2013 and 2014.

While not exactly bold, the exterior of the Grandland X certainly is attractive. You are unlikely to mistake it for anything other than an Opel, which is great. Up front, a chromed skidplate leads up to a grill that displays an Opel Blitz, flanked by chromed winglets, which flow into LED Adaptive head lights. The bonnet also features a signature Opel design trait, a crease which is said to epitomize Opel’s idea of 'Sculptural Artistry meeting German Precision'. When viewed from the side, its muscular, sculpted wheel arches are immediately apparent, as is the two-tone coloured roof. The roof is further emphasized by the ‘breaththrough’ C Pillar, giving the effect of a floating roof – a trait first seen on the Opel Adam. The Cosmo also rides on stylish diamond cut 18-inch alloys shod with ample 225/55 rubber. At the rear, its slim LED taillights underline the Grandland X’s sporty and muscular character – an attribute further highlighting its wide stance.

Inside, it’s a very sombre and Astra-esque affair. In fact, if it wasn’t for the raised seating position, you would easily think you’re seated behind of the wheel of the 2017 SA Car of the Year. If anything, the interior is the polar opposite of funky Peugeot 3008, as it is rather staid in its design. The dash is dominated by an 8-inch touchscreen Navi 5.0 IntelliLink infotainment system, equipped with an easy to use satellite navigation system, a 360 degree camera, as well as being compatible with Apple and Android mobile phones. In typical Opel fashion, the switch gear falls nicely to hand, and fit and finish is as good as anything else in its class. However, with the centre console finished in piano black, this proved near impossible to keep clean as it became a magnet for any form of dust.

There are some nifty luxuries too, more notably the front seats that have a ventilation function, heated front and rear seats, as well as the heated steering wheel – something of an essential during the colder months of the year. It’s spacious no doubt, thanks to its generous 2675mm wheelbase, with the interior covered in comfortable, high-grade leather. The massive optional panoramic roof further adds to the airiness of the cabin. And the luggage compartment with a load volume of 514 litres, expands to an impressive 1,652 litres with the rear seats dropped down, offering more than enough space for luggage and sport equipment.

For South Africa, there is only one engine on offer – a 1.6-litre turbocharged four-cylinder petrol engine that produces 121kw and maximum torque of 240nm, available from just 1,400rpm. And unlike its French sibling, it also only has a single transmission option – a smooth shifting six-speed automatic. On the road, power is adequate, and the SUV will cruises all day comfortably at the legal speed limit without any stress. However, while Opel claim it will average 7.0L/100kms, we struggled to get below 10 on our test, of which 80 percent would be classified as extra-urban.

But with any vehicle, that is family focused, safety needs to be ahead of the curve, and in this regard, the Grandland X delivers in spades. Adaptive Cruise Control with pedestrian detection and Automatic Emergency Braking, Driver Drowsiness Alert, Lane Departure Assist, Advanced Park Assist and the 360° Camera are just some highlights. As you would expect, there are six airbags on offer, an ESP program, Hill-Start Assist, a tyre pressure monitor, traffic sign recognition, and ISOFIX seat anchors - with these available as standard across the range.

The reality is, Opel is a very late entrant to a segment that has been booming since the late 90s. Toyota kicked off this segment in 1994 and their – as well as their rivals continued evolution over the years – has shown a commitment to developing their products as genuine ‘multi-purpose family vehicles’. The Grandland X, despite having Opel design DNA, isn’t an Opel and that is its biggest flaw. It just does not stand out enough in this growing segment. That said, it is an attractive well-specced vehicle, and while it might not appeal to everyone, it will likely appeal to someone who feels the more affordable Peugeot 3008’s design is a little too outlandish for their tastes.

Earlier this year, the PSA Group announced that it will build an assembly plant in Namibia, where the Grandland X and Peugeot 3008 will be produced. Those units are expected to supply South Africa. There are three specification levels of the Grandland X at present – the entry-level model priced at R429 000, the Enjoy at R465 000, and the Cosmo range-topper at R565 000; and all come with a 5-year/120 000km warranty and 5-year/90 000km service plan as standard.

Buy a new or used Opel Grandland X at a great price.
We put you back in control, make a single request and get up to 3 quotes from dealers nationally.
Coming soon