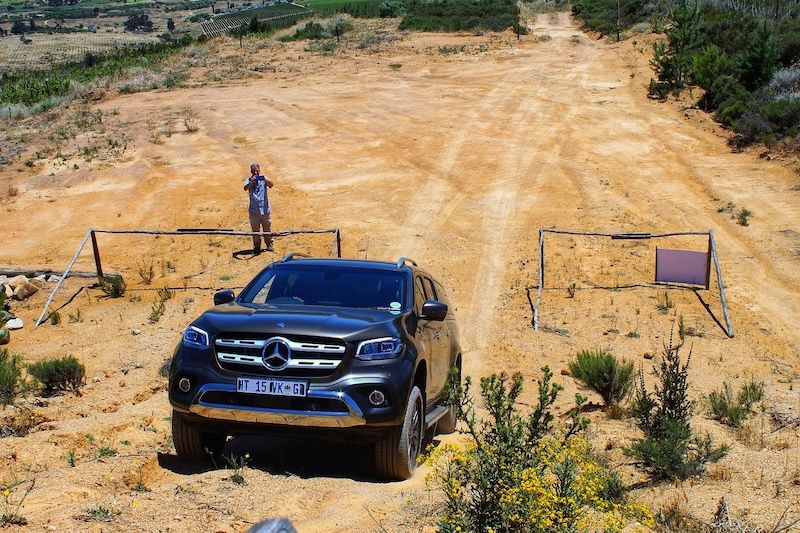 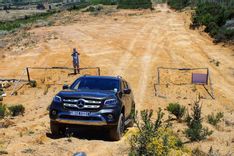 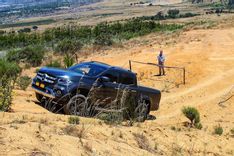 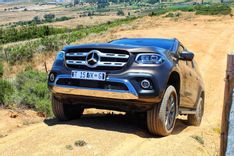 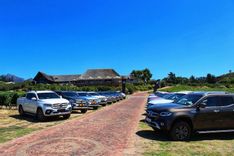 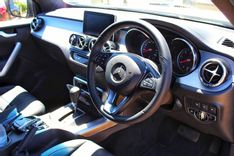 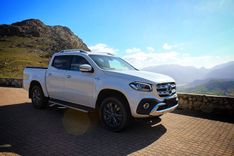 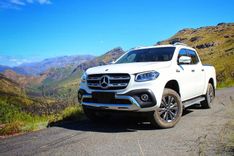 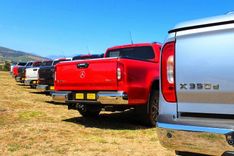 Since it was first announced in April 2015, the Mercedes-Benz X-Class instantly became one of the most talked about vehicles of our generation.

“Mercedes-Benz entering the bakkie market? This is sacrilege!” people rebelled. But over three years on, and with the X-Class touching down in South Africa earlier this year, its proven to be an incredibly strong seller for the world’s number one premium automaker.

It’s fair to say that the X-Class created a new segment – premium bakkies. And while the first wave of X-Class models have been carving up a name for themselves, Mercedes-Benz has now launched their flagship, the X350d, a model that takes the premium bakkie sector into new territory.

But let’s get the biggest talking point out of the way – its price. Much like the X250d, the X350d is available in two specification levels – Progressive and Power – priced at R904 188 and R973 188 respectively. And in true Mercedes fashion, it comes standard with a 6-year/100 000km maintenance plan.

The Progressive line is aimed at people seeking a rugged double cab with extra styling and comfort functions, while also being a comfortable yet prestigious vehicle for private or dual use; and includes the following as standard: 17-inch 6-spoke light-alloy wheels, air vents in electroplated silver chrome, leather-lined steering wheel and parking brake, the infotainment system Audio 20, and an eight-speaker system.

Power is the high-end line, and is aimed at customers for whom styling, performance and comfort are paramount. Standard features include a simulated, chrome-plated underride guard in the front bumper, a chrome-plated rear bumper, 18-inch 6-spoke light-alloy wheels, LED High Performance headlamps, electrically adjustable seats, and the infotainment system Audio 20 with a multifunctional touchpad.

Next up, is its powerplant. And power does it make. The X350d is presently, the most powerful bakkie sold in South Africa by some margin. Whereas the X220d and X250d use a Mercedes-tuned version of the Nissan Navara’s 2.3-litre twin-turbo diesel, the X350d uses a Mercedes-Benz built 3.0-litre turbo-diesel V6 that produces an impressive 190kw and 550nm, which is available from 1,400 to 3,200rpm.

The motor is paired with a 7G-Tronic Plus automatic transmission, and features 4MATIC permanent all-wheel drive as standard, with 60% of available torque sent to the rear wheels in standard guise. There is also a low-range transfer case is fitted (with 4MAT, 4H and 4L modes) for proper off-roading with two locking differentials – centre and rear. The X-class – like the Navara – uses a multi-link rear axle and proper car-like coil springs – a more sophisticated set-up that we’re told was ‘a prerequisite’ for Mercedes getting involved in the project (presumably explaining why the Navara has it in the first place).

Another handy bit of tech that has made its way into the X350d is Dynamic Select. This system alters the engine’s response by offering five different driving modes: Sport, Eco, Off-Road, Comfort and Manual. The big bakkie is also capable of 0-100kph in 7.9 sec and a top speed of 205kph, and thanks to a mountain of low end torque, there is always enough power on hand. Mercedes-Benz claims a combined fuel consumption figure of 9.0L/100km. Despite having the most powerful bakkie on the market, they can also brag about its towing capacity of up to 3500kg, as well as load capacity of 1.1 tons – two important categories in which it beats the Volkswagen Amarok.

The exterior styling is very much Mercedes-Benz. The premium bakkie is larger than a Navara and wouldn’t be mistaken for anything else except a Benz. The front of the X350d features a large three-pointed star flanked by louvres as seen on the GLS full-size SUV, and conforms to Mercedes’ latest 3.0 SUV design language. The front also features a lot of plastic off-road cladding which adds to the look that it means business. There are muscular wheel arches, a large and high waisted loading bin, and modern looking vertical taillights.

The interior is also distinctive Mercedes, apart for the climate control switchgear and a few other buttons, and is loaded with MB tech like its COMAND system. However, it should be noted that despite reliable and easy to use, this system is extremely dated. As with all Merc’s safety systems like ESP, BAS, EBD, ABS, ASR as well as seven airbags are all standard equipment. There’s also 7 airbags, and it boasts a 5 star Euro NCAP safety rating too. In terms of optional safety tech, there is Active Brake Assist, Traffic Sign Assist and Active Lane Keeping Assist on offer. Mercedes-Benz is also the only manufacturer in this segment to opt for large disc brakes on both axles as standard.

It’s been well documented that the X-Class rides on the same underpinnings as the Nissan Navara, as well as the upcoming Renault Alaskan, but to term the X-Class as a rebadged Navara isn’t exactly accurate. This is not the first time Mercedes-Benz has worked together with Renault-Nissan. The Renault Twingo and the Smart car share their underpinnings, and let’s not forget the Renault diesel motor in the A-Class. And there was also the time that Mercedes provided Infiniti with a platform for its GLA-based Q30 concept.

X-class rides on the same ladder-frame chassis as the Navara, and Mercedes sought to strengthen this, as well as rework the suspension. This included fine-tuning the dampening for improved ride quality, because first and foremost, this is a Mercedes-Benz. Next it widened the tracks significantly, 62mm and 55mm for front and rear respectively, ensuring it not only has a stronger and more aggressive stance, but it more stable as well. The hydraulic steering was also fettled and quickened, to make it react to changes in direction quicker, and also appear more car-like in its drive.

The X-Class, which is being manufactured in Spain and Argentina, doesn’t just look good, it’s actually genuinely capable off-road boasting long spring travel and a standard ground clearance 221mm. Standing 1920mm wide, it is physically imposing and wider than the Navara. Thanks to its short and cladded front overhang, and a lengthy wheelbase of 3150mm, it has a breakover angle of 20.4°, and approach/departure angles of up to 30.1° and 25.9°. This means that it can climb gradients of up to 45 degrees with ease, maintain its poise on inclines of almost 50 degrees, and make quick work of rivers and streams that are a maximum of 600mm deep.

Is the X350d worth its asking price? We’d like to think so. After all, it has the refinement, muscle and badge you would expect of a nearly million-rand off-roader. Sure there may be aspects of it that aren’t tailored to everyone’s tastes, but the X350d makes a compelling argument for anyone wanting a genuinely premium SUV-rival.

Buy a new or used Mercedes-Benz X-Class at a great price.
We put you back in control, make a single request and get up to 3 quotes from dealers nationally.
Coming soon