The Mercedes-Benz C-Class gets revealed 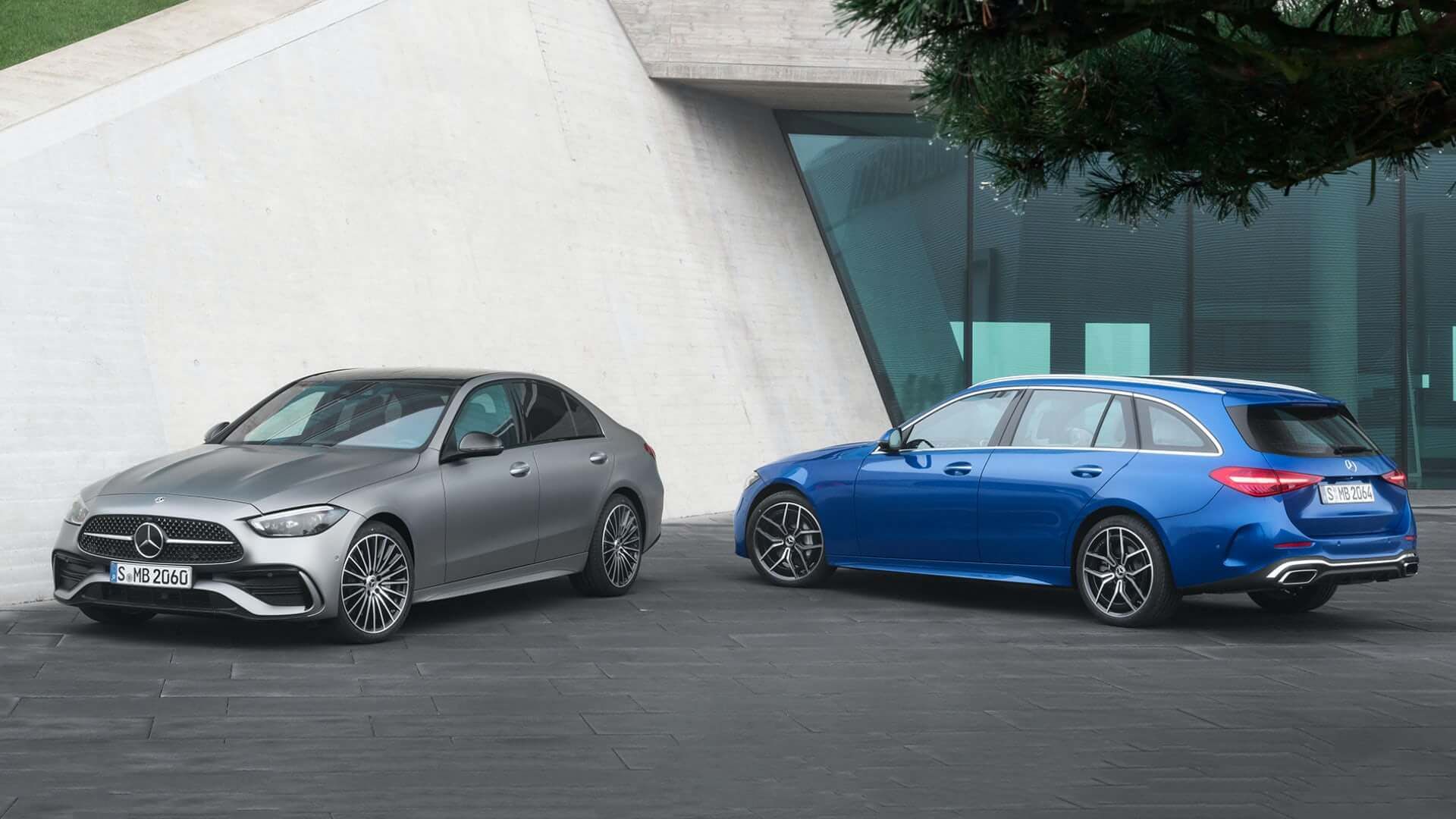 The Mercedes-Benz C-Class gets revealed

The Mercedes-Benz C-Class nameplate has been around since 1993 and has firmly established itself as one of the most luxury sedans in the world. Although the sedan market is dying out, we like to think of the C-Class as one of the few sedans left in this overly saturated SUV market. Mercedes-Benz recently unveiled its fifth-generation C-Class, and its design may be eerily similar to the popular CLA, CLS, and E-Class models.

The C-Class will be available in both saloon and estate models. The latest C-Class will get a shorter front, with its shape looking more angular and aggressive than before. The front to rear length has also gotten increased by 65mm too. The base model of the latest C-Class will get its central star and louvres while the AVANTGARDE line-up gets additional decorative elements in the louvres, with the radiator grille and front apron getting surrounded in chrome. The top-of-the-line AMG Line will be distinguishable too as the diamond grille with the star design will come in chrome. The wheelbase has gotten bigger in size coming at 25mm to 2,865mm. Its sporty appearance will be equally matched with its modern designed 17- to 19-inch wheels.

In terms of engine capacity, Mercedes-Benz has now allowed consumers to choose between a range of four-cylinder petrol and diesel engines all of which will adopt a 48-volt mild-hybrid system and integrated starter generator (ISG). This will allow the C-Class to boost an additional 15kW and 200Nm in short bursts. The C180 and C200 models will both share a turbocharged 1.5-litre petrol engine but will produce different power outputs. The C180 model will produce 125kW of power and 200Nm torque, and can reach a top speed of 231km/h. The C200 will produce a more powerful 150kW of power and 250Nm of torque, its 0-100km/h sprint sits at just 7.3 seconds and can reach a maximum speed of 246km/h. On top of the range will sit a turbocharged 2.0-litre C300 model that will deliver an impressive 190kW of power and 400Nm of torque. Its top speed sits at 250km/h and covers its 100km/h sprint in just 6.0-seconds.

As mentioned, the C-Class will cater for diesel engines too, with its C220d pushing out 147kW of power and 440Nm of torque, claiming a 0-100km/h time of 7.3 seconds. Those who want to get more power out of their diesel engine will find C300d to be a lot more exhilarating as it produces an impressive power output of 195kW of power and 550Nm of torque. The C300d has claimed an impressive 5.7 seconds in its 100km/h sprint and can reach a top speed of 250km/h.

As expected, the cabin of latest C-Class will be highly advanced as it will adapt similar features to the highly praised S-Class. Drivers will get a high-resolution LCD screen with size options ranging from 10.25-inch (26cm) to 12.3-inch (31.2cm). The state-of-the-art second-generation MBUX (Mercedes-Benz User Experience) system will of course be included and will come featured with enhanced ‘Hey Mercedes’ voice assistant, “Smart Home” functionality as well as a dedicated music streaming platform. The dashboard will get a large free-standing digital display too.

The latest C-Class is set to be launched in SA in the third quarter of this year. Mercedes-Benz has also made it known that it will be built right here in the home of Mzanzi too. Pricing and further model specifications will be revealed closer to the time.