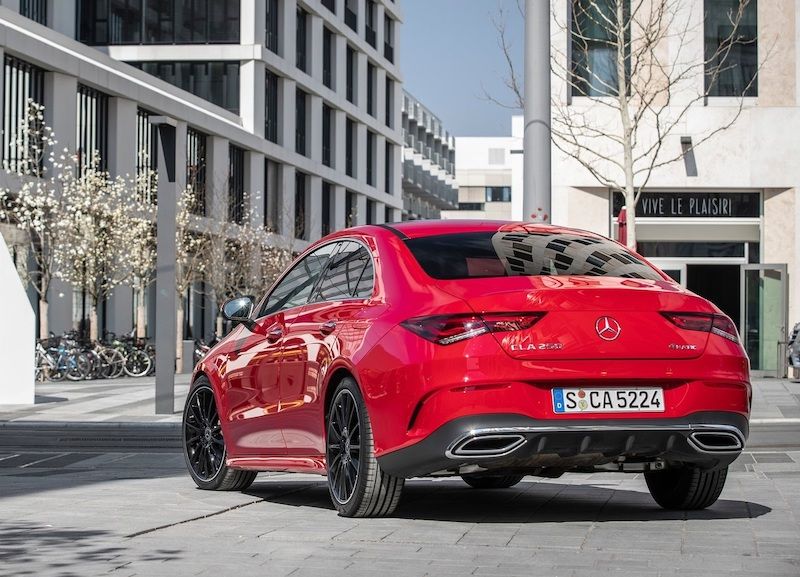 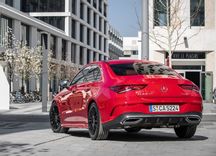 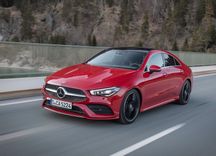 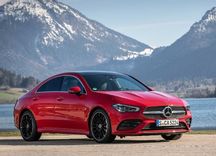 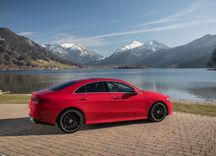 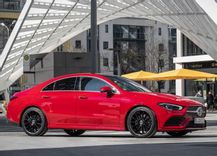 Mercedes’ second-generation CLA is a mini CLS, and brings with it the latest tech combined with gorgeous good looks

When Mercedes-Benz launched their stunning CLA-Class Coupe back in 2014, it sent shockwaves throughout the industry and went onto to become a true style icon for the German marque. The second-generation was unveiled earlier this year, and as we brace for its local arrival, we have scooped some pricing and details on the upcoming sporty coupe.

The new CLA builds on the success of the original, with over 750 000 units of the first-generation model sold. As expected, the new CLA strikes a sparkling resemblance to the larger CLS, retaining its unique frameless four-door coupe shape, and is 48mm longer, 53mm wider, and 2mm lower than its predecessor. Flat headlamps together with the low slung bonnet with twin power bulges, and a diamond radiator grille with central star create the vehicle's sporty face. The two-piece, narrow tail lamps and the number plate housed in the bumper make the rear of the CLA look especially wide.

A wide track (an extra 63mm at the front and 55mm more at the rear compared to its predecessor) and a lower centre of gravity are the two key features which are said to give the CLA the sportiest driving characteristics of all models in the new generation of compacts from Mercedes-Benz. All CLA-Class models will have multilink rear suspension, unlike the A-Class where only the higher spec models have a multilink rear suspension layout.

Whereas the previous generation of the CLA included a variety of petrol and diesel engine variants, as well as a high-powered AMG CLA 45 model, that range – which is currently still on sale in South Africa, has been whittled down to just two engine options – the CLA 200 and the CLA 250 Sport. The new CLA-Class meanwhile, will launch with just two engine choices – a CLA 200 and a CLA 220d. While we know that the Mercedes-AMG CLA 45 S will eventually top the range, Mercedes-Benz South Africa has been coy and releasing info pertaining to upcoming CLA derivatives.

The CLA220d will be the diesel offering in the line-up and will use a 2.0-litre turbodiesel to produce 140kw and 400nm, while being mated to an 8-speed dual-clutch gearbox. Mercedes quote a top speed of over 240kph and reckon it’ll reach 100kph from standstill in 7.1 seconds. This model kicks off from R612 800 and will head line the range for now. It should be noted that it is significantly cheaper than the current range-topper of the previous range, which is the R741 860 CLA250 Sport.

Much like its A-Class sibling, it gains a fair amount of kit as standard. Both derivatives feature Active Brake Assist, cruise control, a tyre-pressure monitoring system, and LED daytime running lamps. Both models feature Dynamic Select, which is a system that offers different drive programs with preset options for the engine, transmission, chassis and steering, for instance. With the "Sport" mode you can drive decidedly dynamically, and with the default program "Comfort" very harmoniously. "ECO", on the other hand, places the emphasis on maximum efficiency and saves fuel and money.

The new CLA-Class is the fifth model in Mercedes-Benz's second-generation compact car line-up following the new A-Class hatchback, the regular A-Class sedan, the China-only long-wheelbase A-Class Sedan and the B-Class, will be manufactured at Mercedes-Benz’s Kecskemét plant in Hungary; comes standard with a 5-year/100 000km premium maintenance plan, and a 2-year/unlimited kilometre warranty.