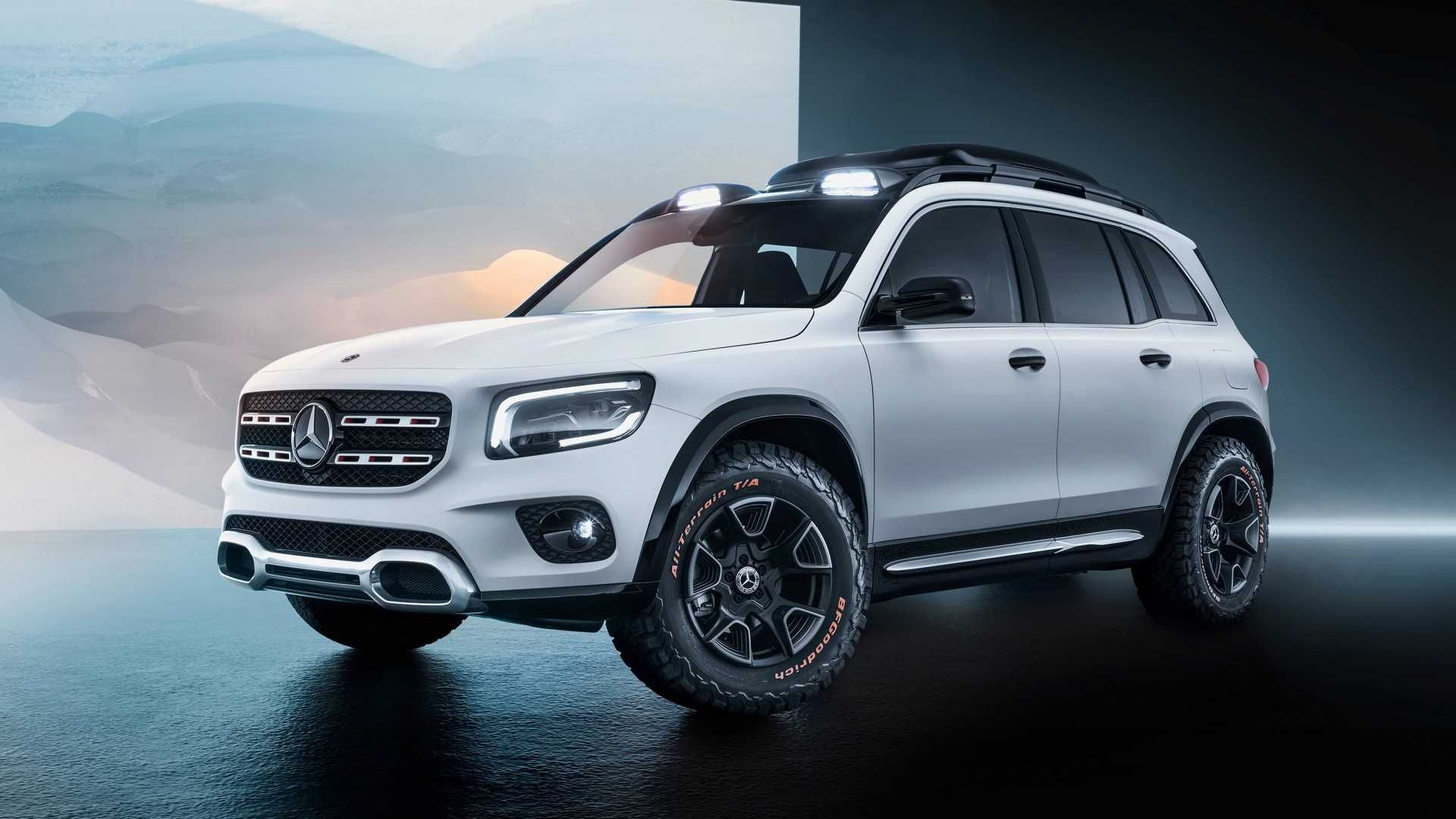 Mercedes-Benz has used the Shanghai Auto Show to unveil the Concept GLB, a vehicle that previews a future production model with the same name and showcases the luxury automaker’s SUV ideas that can be built on their compact car platform.

"We asked ourselves whether there is still space between the GLA and GLC in our successful SUV range. The Concept GLB is the answer to this question. With it we are demonstrating the creative ideas we have for this segment, too," says Britta Seeger, Member of the Board of Management of Daimler AG.

Interestingly, Mercedes previously used the Shanghai Auto Show to preview another crossover that came to fruition – the Concept GLA, back in 2013. And they are looking to replicate the form showed by the GLA since its market release back in 2014.

Set to be positioned alongside the GLA-Class as a sporty all-rounder, the seven-seating GLB sports a similar profile to the now defunct GLK-Class – a vehicle that was replaced by the GLC-Class. That said, the GLB will be the sixth model to join Mercedes’ compact car line-up currently consisting of the A, B, GLA, CLA and CLA Shooting Brake; with Mercedes hoping to expand the successes of their compact car line. 2018 showing particularly strong sales – with over 609 000 Mercedes compact cars sold, which translates to one in every four Mercs sold being a compact car.

The production version of the GLB, which is expected to reach market in the coming months, rides on the same platform as the SA Car of the Year winning A-Class, and features styling cues from the mighty G-Class and the Ener-G Force Concept. Simply put, it is expected to marry a charming mix of G-Class visuals, B-Class proportions and GLA-Class dynamics.

The GLB is slight departure from traditional Mercedes designs. Compared to spy pictures, the Concept GLB retains the production model’s distinctive presence thanks to its boxy, muscular proportions. The upright front end is characterized by multi-beam LED headlights, whilst the short overhangs at the front and rear hint at its off-road abilities. The muscular and sensuously contoured vehicle shoulder dominates the side view, an effect reinforced by the rising beltline, whilst all-round protective cladding divides the overall proportions and further emphasizes the GLB's off-road character. The rear meanwhile gets slim LED tail lights which gives it an uncluttered, yet elegant look.

Measuring 4,634mm long, 1,900mm tall, and 1,890mm wide, the Concept boasts a 2,829mm long wheelbase – 100mm longer than that seen in its A-Class sibling. Because of this extended wheelbase, it has three rows of seats and can accommodate up to seven passengers, with a large greenhouse further adding to the airiness of the cabin.

This is actually the first time a compact model from Mercedes is equipped with a third row seat. These two additional single seats that can be recess-flushed into the load compartment floor to increase load capacity. Mercedes stresses that these seats are far more than emergency seats, and actually offer comfortable seating for two medium-sized occupants. To facilitate access to the third row, the seats in the second row have an EasyEntry function: when the unlocking lever on the top of the backrest is operated, the backrest folds forward and the entire seat can be pushed forward.

Being a Mercedes compact vehicle, it gets the brand’s trademark MBUX infotainment system; with the overall design consistent with that seen in the latest B-Class. And since this is a concept car, Mercedes decided to ramp it up a little, with all interior surfaces covered by special nappa and nubuk leather, the predominant colour tone being "chestnut brown". Subtle orange trim detailing and walnut panels complete the unique look.

While the production version of the GLB will feature motors that we have become familiar with in the new A, B and CLA, the Concept GLB uses the same motor as the A250. This turbocharged 2.0-litre four-cylinder petrol engine, dubbed the M260, produces 165kw and 350nm; and is mated with an eight-speed DCT dual clutch transmission, with power channelled to all four wheels via the company’s 4MATIC permanent all-wheel-drive system.

The system, which features variable torque distribution, is expected to feature on the production model, and will allow the driver to use the DYNAMIC SELECT switch to influence the characteristics of 4MATIC. Three characteristic maps are available to control the all-wheel drive clutch, though the system responds flexibly to the current driving situation in any mode. In regular driving operation, the drive program "Eco/Comfort" is based on an 80:20 torque distribution, while in "Sport" it is 70:30. In off-road mode the all-wheel drive clutch acts as an interaxle differential lock, with the basic distribution a balanced 50:50.

While a fiery AMG GLB45 variant is unlikely at this stage, spy shots have confirmed that Mercedes-AMG is working on an AMG GLB35. Much like the AMG A35, it will be powered by a turbocharged 2.0-litre motor that will produce 225kw and 400nm, with power sent to all corners via a 4MATIC all-wheel drive system. And like the A35, expect it to feature a model specific AMG body kit with bigger air intakes in the front bumper, an AMG front grille, fatter side sills, bigger wheels, a revised sport suspension paired with bigger brakes, and dual exhaust tips exiting a rear diffuser.