PLAN B IS GO – Mercedes-Benz B-Class 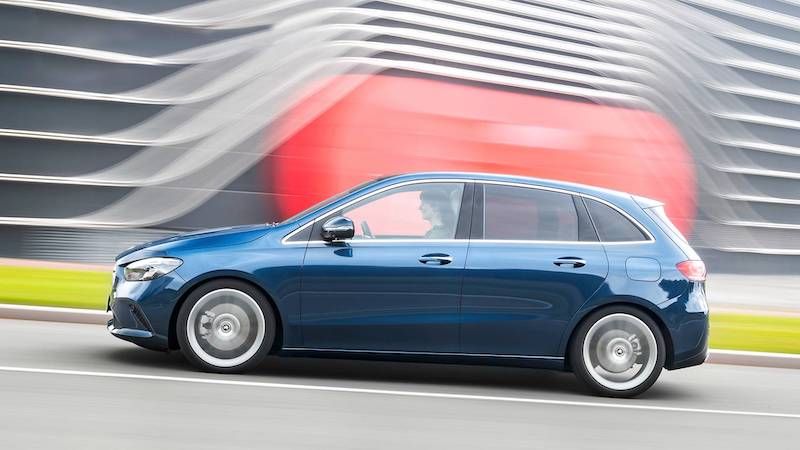 Mercedes-Benz has had an extremely busy Paris Motor Show, showcasing everything from their Mercedes-AMG GT 43, to the A-Class Sedan, to their new GLE SUV. But one of the most important models displayed was actually the new B-Class.

While the third-generation B-Class retains its familiar 'MPV' shape, it is significantly sleeker, with a lower roofline and features a high-tech interior which it shares with its A-Class sibling. It’s also bigger than its predecessor, with its width and wheelbase increased by 33mm and 30mm respectively.

On the exterior, it gets multi-beam headlights like the A-Class, as well as shorter overhangs front and rear. The rear gets sleeker taillights that integrate better with its new body style, and there are now up to 19-inch wheels on offer too. It will be available in two derivatives, Sport and AMG-Line, with sportiness conveyed via a distinctive black bumper bottom section with diffuser look, chrome trim strip and a full-length roof spoiler.

Inside, it gets the same MBUX system as the A-Class as standard, although options include a 64 colour ambient lighting system, multi-contour climate controlled front seats with a massage function and ‘Energizing’ seat kinetics, and a heads-up display. Luggage space is massive with the 40:20:40 split rear seats folded down, expanding to an impressive 1540 litres.

Aside from the aforementioned MBUX upgrade, the compact people carrier also gets Intelligent Drive from the S-Class, with semi-autonomous capability in certain circumstances for the first time in the model’s history. A number of driver assistance systems comes with the car including the Active Distance Assist, Active Emergency Stop Assist and Active Lane Change Assist.

While Mercedes-Benz South Africa has yet to confirm which engines will be introduced locally, the B-Class will be launched overseas with a choice of five engines – three diesels and two petrols at launch.

Both the B180 and B200 will use a 4-cylinder 1.33 turbo petrol motor, available with 100kw and 200nm, and 120kw and 250nm respectively, with both sending power to the front wheels via a7-speed dual-clutch transmission.

Mercedes-Benz is already taking orders for the new B-Class in Europe, with deliveries expected to commence early in 2019. Naturally it will be released locally, but expect a launch in the second quarter of 2019, with pricing and specification set to be announced closer to that time.