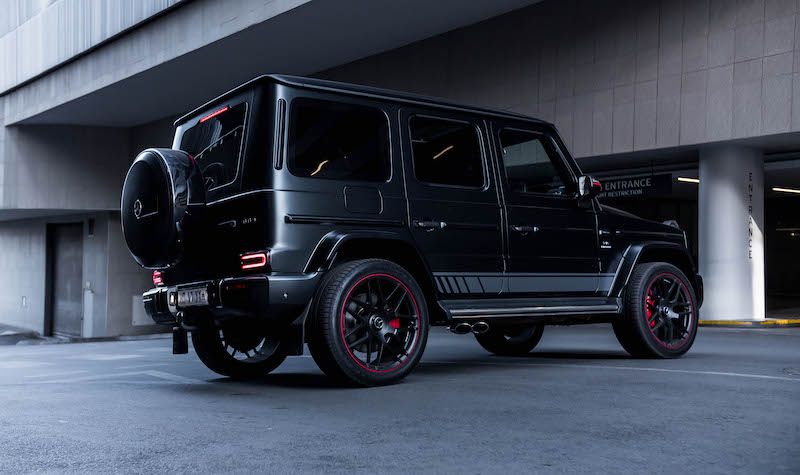 Mercedes-Benz is one of the biggest manufacturers in the world, partially due to their vast product mix. However, normal people may be overwhelmed by all of the C’s and A’s and GL’s in their model nomenclature, so we decided to make things a bit easier. Let’s take a look at how Mercedes names their cars.

You may have come across someone arguing about the differences between a C43 Cabriolet and a C63 Coupe, but what do these names mean? In our opinion Mercedes has one of the most interesting model naming structures from any other manufacturer, and this tends to really confuse the average person.

The first thing to know is that the ‘ACES’ form the foundation of Mercedes’ “Class” naming system. This refers to the A-, C-, E- and S-Class which denote the size of the model. The smallest models of each segment are the ‘A-Class’ models, followed by the compact ‘C-Class’ models, the mid-size ‘E-Class’ models and the full-sized ’S-Class’ models, bar a few exceptions of course.

The hatchback and sedans do not have a naming prefix and go straight ahead with their size denotation. The A-class hatchback, which is the smallest model in the line-up, the compact C-class, the mid-size E-class and the uber-limo S-class. There are also coupe and convertible “Cabriolet” models of the C, E and S-Class models, which are simply referred to as the ‘C-Class Coupe’ or the ‘E-Class Cabriolet’ depending on the model.

Next up is the off-road and crossover SUV model naming system, which is the same ‘ACES’ foundation, except now we add ‘GL’ to the name. The smallest SUV is called the GLA-Class, joined by the bigger GLC-Class, the even bigger GLE-Class and the largest GLS-Class. Just like the sedans, there are two coupe styled SUV models which are simply referred to as the “GLC-Coupe” and the “GLE-Coupe”. There is a model that doesn’t conform to this system called the G-class, which you may have seen in a rap video or the latest episode of keeping up with the Kardashians. This model keeps its name as a way of paying homage to the original Gelandewagen of 1979.

Mercedes has been making moves to integrate the small people carrying ‘B-Class’ into the ‘ACES’ model. Currently the B-Class is exclusive to a small hatchback, but it will be joined by a GLB-Class SUV later on that will sit between the small GLA-Class crossover and the compact GLC-Class SUV.

Mercedes has also got a naming structure for their sportier four-door coupe models, which add the ‘CL’ badge to two of the ‘ACES’ models. This includes the smallest four-door coupe styled CLA-class and the bigger CLS-class. The sporty roadster models inherit the ‘SL’ badge, given to models like the SLC-class and the SL-class.

Mercedes is also introducing all-electric models of existing cars. These electric cars will inherit the ‘EQ’ badge. There is only one EQ model that is official right now, and it's called the EQC, which is basically an electric GLC-sized SUV.

The models that you’ve probably seen on racetracks in videos and pictures are called AMG-models. The letters "AMG" stand for Aufrecht, Melcher and Großaspach, which are the two founders of the company (Aufrecht and Melcher) and Aufrecht’s hometown (Großaspach).

These are Mercedes’ high-performance models that are a lot more powerful and aggressively styled than their normal siblings. AMG models can be identified by the number next to the class badge. The ‘43’ models are turbo petrol V6 cars, while the ‘45’ models are 4-cylinder turbo petrol cars. The ’53’ models feature a hybrid petrol-electric V6 engine. The ‘63’ models are powered by angry V8 engines and the super-rare ‘65’ models keep a classy V12 engine under the bonnet. Mercedes is rumoured to be working on an all-new flagship ’73’ powertrain that will feature a petrol V8, supplemented by an electric motor to produce figures north of 600kW.

While we’re on the topic of AMG, let’s talk about Mercedes-AMG’s flagship performance car – the AMG GT, which is available in a variety of different models. There’s the regular AMG-GT, the more powerful AMG-GTS, the AMG-GTC and the fire-breathing ‘last number’AMG-GTR. These models are all powered by a 4.0-litre V8 and are primarily focused on speed, performance, handling and dynamics. The latest addition to the GT family is the AMG-GT 4-Door which is exactly what its name says it is - a four-door supercar that will rival the Porsche Panamera.

Aside from the G-Wagon, there are other odd-ball models that don’t really conform to the conventional Mercedes naming system. The Mercedes bake is called the X-Class, and the full-sized people carrying V-Class is another example.