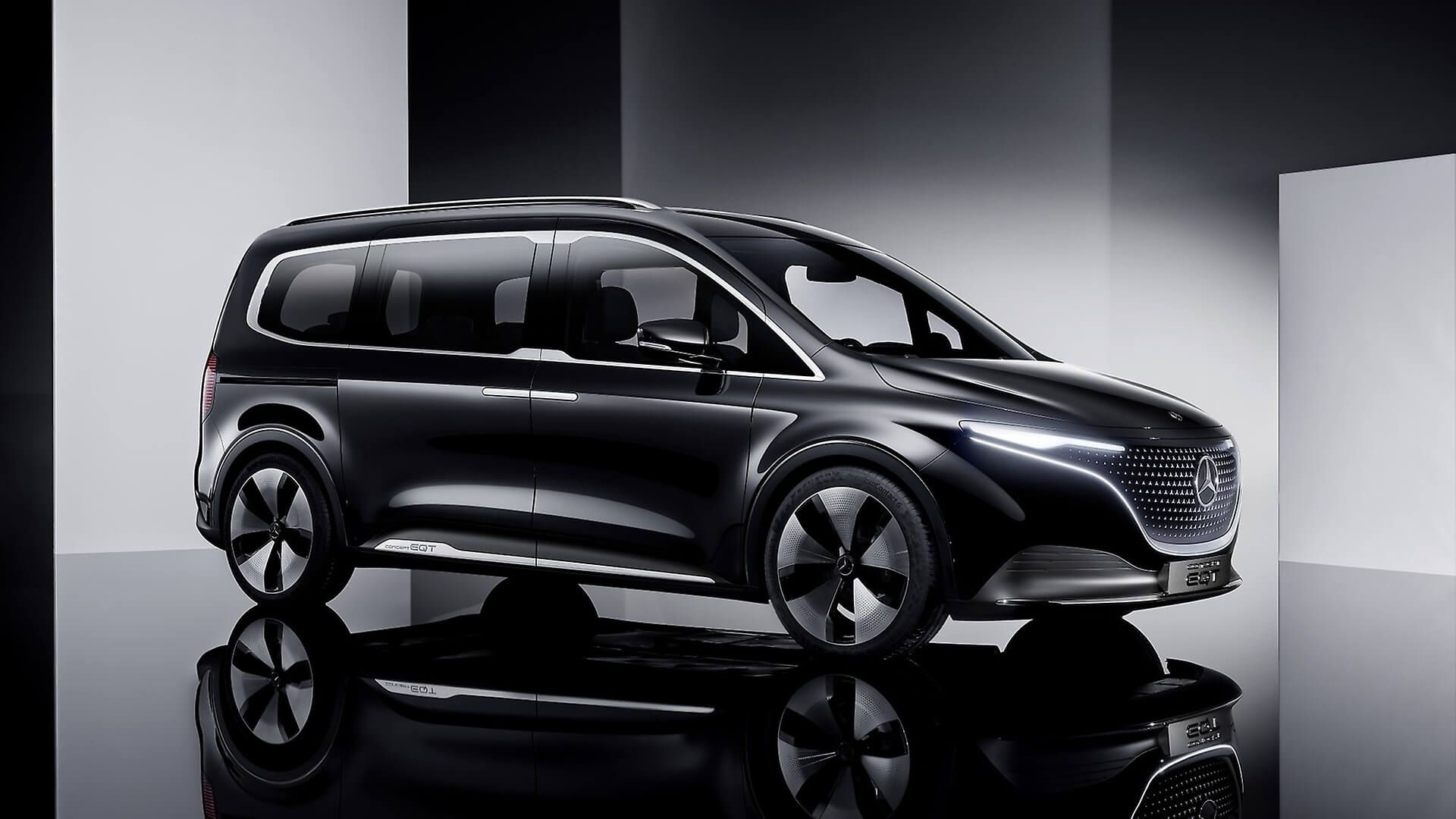 Mercedes-Benz clearly has its eyes on diversifying its electric range. Their EQ range has been making waves throughout the media, with the EQS stealing most of the spotlight. But the German heavyweights have revealed their Concept EQT Vans, making many even more excited for their electrified future. This premium small van made quite an impressionable debut and will be aimed at both families and private customers keen on leisure activities.

The near-in-production concept will seat up to seven occupants and get a spacious luggage compartment. Its design will incorporate Mercedes's high-end design, making comfort, connectivity, and safety the main priority. Both the interior and exterior will be stylish and can be characterized by its elegant contrast of black and white. The seats will come in white Nappa leather while the instrumental panel promises to be equally eye-catching. The upper section will be shaped like a wing profile and will get the appearance of a seashore pebble. Located above the instrumental cluster will be a semi-closed stowage compartment which allows for easy access to stored objects. Furthermore, the interior will come with round air vents that come in high-gloss black and a multifunction steering wheel that features Touch Control buttons. Ambient lighting on the centre console, doors will further emphasize its stylish cabin.

As for size, the Concept EQT’s length will be 4945 millimetres, while its width is 1863 millimetres and height is 1826 millimetres. The exterior will feature sliding doors on both sides with a particularly large opening, allowing for both full-sized individual seats in the third row to be reached without any issues. The outside will feature a panoramic roof while its front and rear gets a bottle design to emphasize a longer appearance. The concept vehicle does showcase a high level of spaciousness for families who enjoy the outdoors as there is plenty of room for sports equipment and luggage. The double-floor compartment beneath the plexiglass lid acts as an extra storage compartment as well. The electric longboard will be made from aluminium and will feature a star pattern, making its appearance even more stylish.

Mercedes-Benz has predicted the Concept EQT Van, or T-Class, to be launched into the market sometime in 2022.