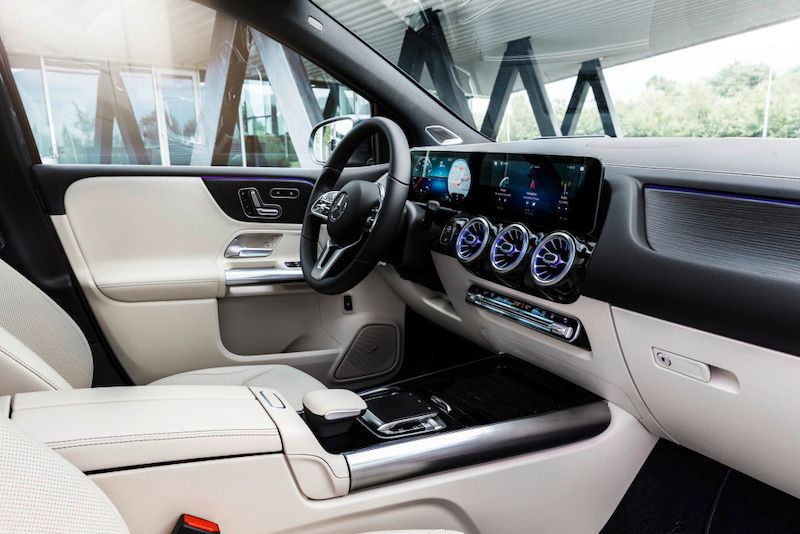 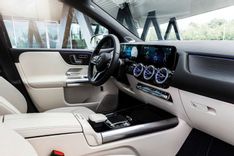 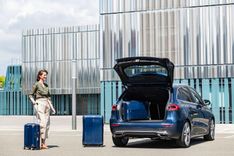 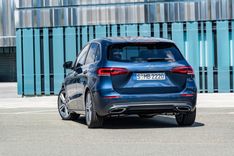 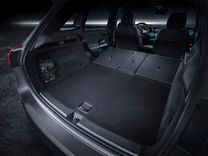 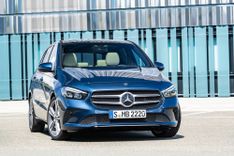 The design of the new Mercedes-Benz B-Class receives a full refresh. Up front are new LED, or optional Multibeam, headlights that are also equipped with daytime running technology and can be quickly adjusted electronically to optimise driver sight. At the back, a new set of two-part LED taillights accentuate the width of the car, with a new black ‘diffuser’ inspired bumper just below. A large rear spoiler completes the sporty look at the rear, paired with a set of gloss black side spoilers on either side of the rear window.

The interior of the B-Class is lifted straight from the impressive set up in the new Mercedes-Benz A-Class. Up front is the colossal dual 10,25-inch widescreen display that replaces the infotainment system and the instrument cluster. There is also an optional heads up display if the screens aren’t enough. The aircraft turbine inspired air vents also make their way to the cabin and, on the optional Style equipment line, are painted to look like afterburners. The centre console borrows the gloss black panel and touch-based control pad from the E-Class, allowing the driver to control settings like the 64 colour ambient lighting and the seat climate control.

The interior is also a bit wider, by 33mm to be exact. This improves the elbow room in the B-Class and provided decent space for passengers, which has taken top priority in the B-Class. The rear footwell has been reduced to free up more leg room for rear passengers and the seats have been ergonomically redesigned. The seats are available with the new ‘ENERGIZING’ seat kinetics system which makes small adjustments to sections of the seat to improve front passenger posture. In addition to this, the seats are also electronically adjustable with memory and massage function. At the back, the seats are arranged to fold down in a 40:20:40 split, freeing up a total capacity of 1540-litres, which the driver can access from the handsfree boot by just waving a foot under the car.

What’s comfort without driver aids and technology? The new Mercedes-Benz B-Class is now available with the Mercedes-Benz User Experience multimedia system, or MBUX for short. This is the Artificial Intelligence interface that can be summoned by saying “Hey Mercedes”, followed by a prompt such as “open the sunroof” or “close the windows”. In addition to voice control, MBUX in the B-Class can also be controlled by the touch screen, touch pad in the centre console and the touch controls on either side of the steering wheel. In terms of driving aids, the B-Class features DISTRONIC active distance control, as well as active lane change assist and active brake assist.