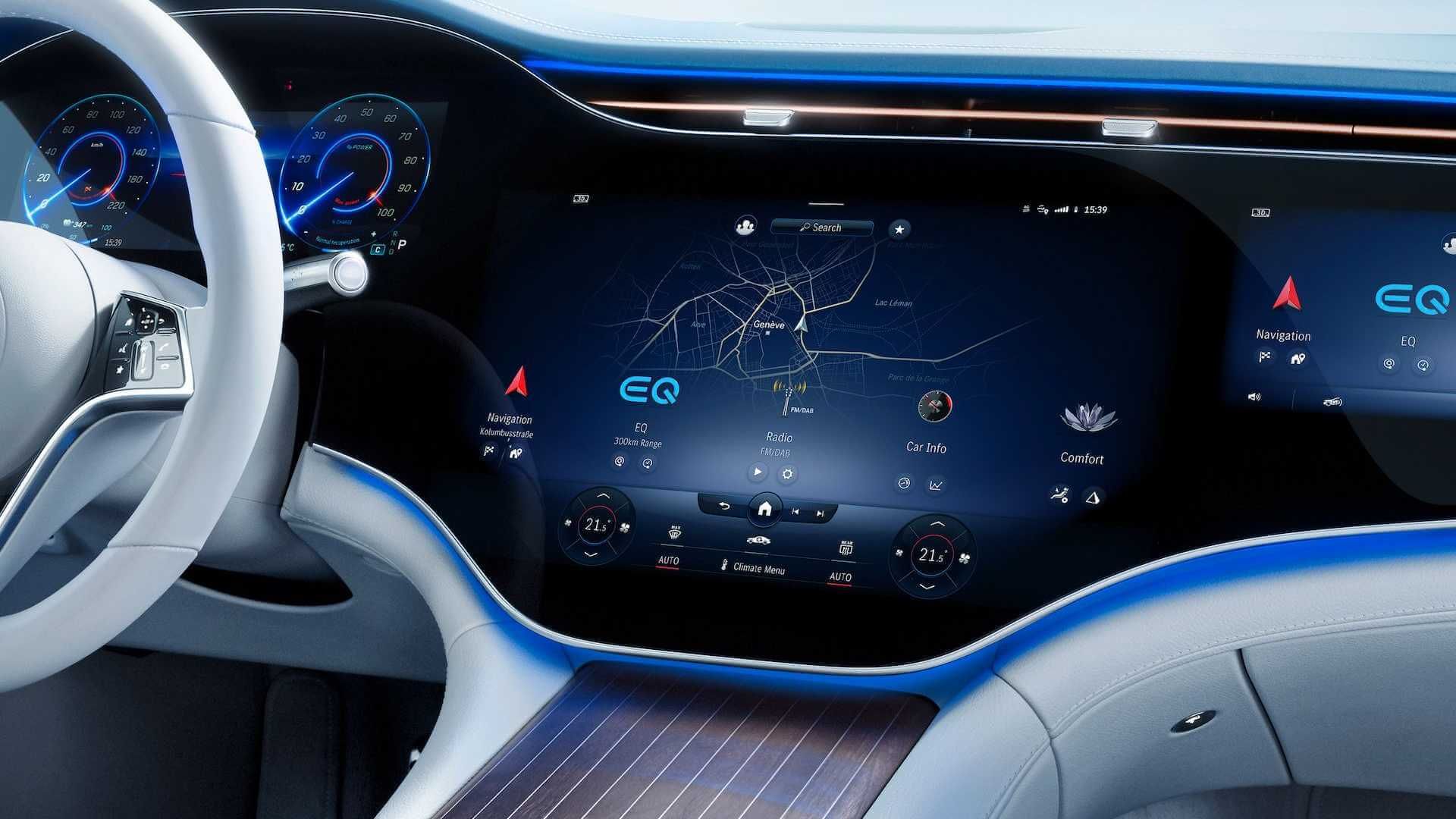 Since teasing their highly futuristic MBUX Hyperscreen, Mercedes has been under the watchful eyes of many. Now after much anticipation, the 2022 EQS interior has been revealed and we have all the details. Now, this is not the first EQ model to come out of the German manufacturers, but it is certainly the most luxurious. Of course, stealing the show will be the awaited MBUX Hyperscreen will come with three large displays under a single scratch-resistant glass that covers the entire dashboard. System will use eight CPU cores, 24 GB of RAM, and 46.4 GB per second RAM bandwidth.

Of course, technology has become the forefront for the EQS, with mood lighting becoming another key factor in the EQS cabin too. Its interior is set to be minimalistic as possible, creating a sense of modern living space. Auditory stimulation will start before the driver and passengers enter the vehicle, with greeting sounds being made as soon as they approach and enter the vehicle. Apart from the 15-speaker Burmester surround sound system, there are two soundscapes that come standard with the vehicle called Silver Waves and Vivid Flux, while driving sounds, which change depending on the driving mode and other dynamic inputs from the driver, are optional and produced by interior speakers.

Another key factor with its interior, the EQS is available with soothing sounds called Forest Glade, Sounds of the Sea, and Summer Rain that can be selected during stop-overs to promote relaxation. In other words, Mercedes wants you to recharge your body as you recharge the EQS's battery.