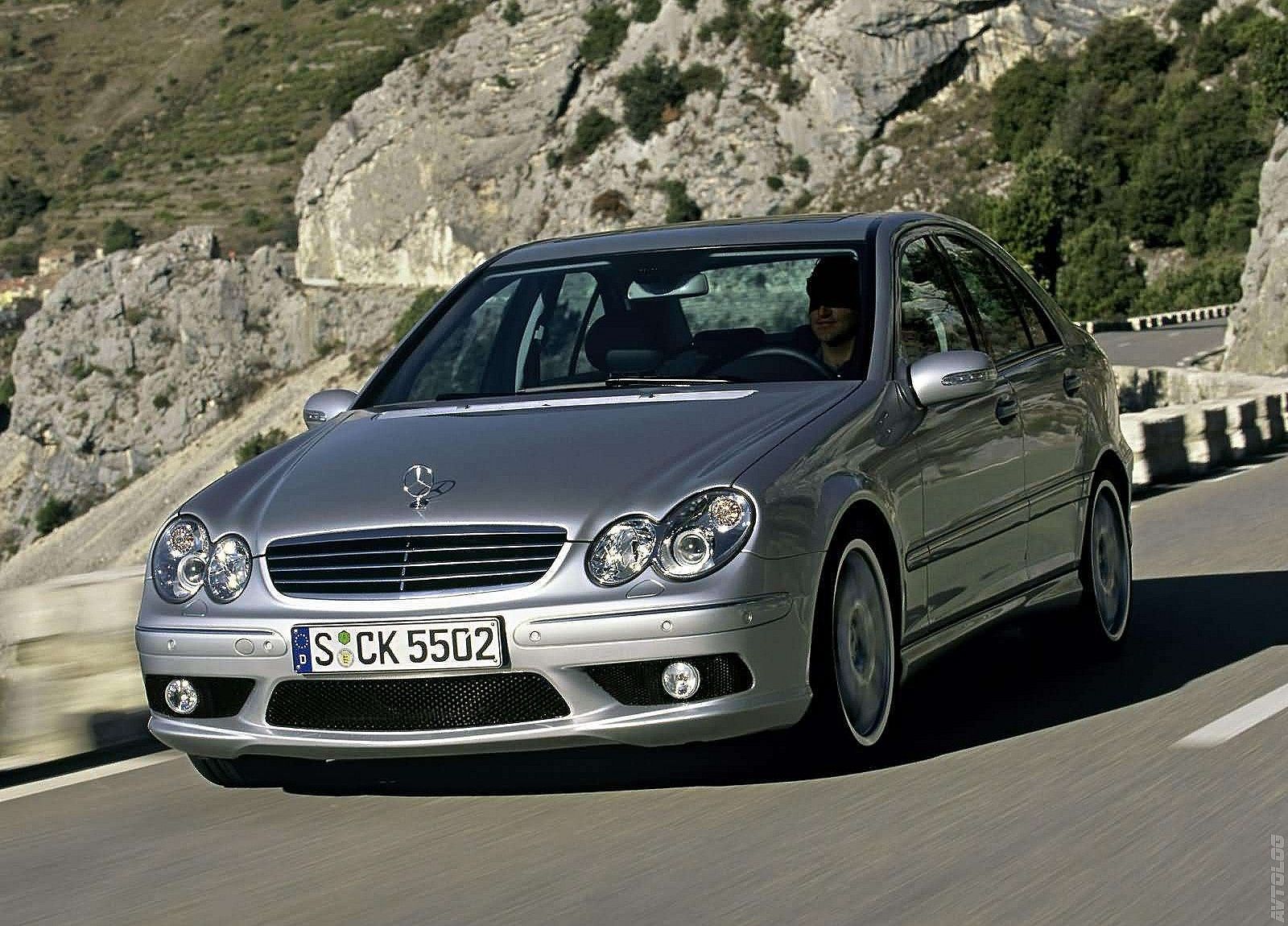 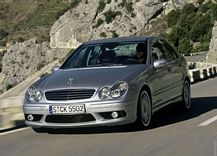 Performance car fans have known for a long time that one of the best ways to get what you want is to cram a big engine in a small vehicle. The same theory has been used in luxury cars for a while, too, and never more effectively than by Mercedes-Benz.

Shared with the CLK55 AMG, the V8 produces 270kw and 510nm – up from 260kw and 450nm in the C32 AMG. That makes it a very relaxed drive because there's oodles of torque from idle through to redline to propel the relatively lightweight C-Class body.

Of course, when the need arises, squishing the accelerator all the way to the floor will produce a huge surge of acceleration. To put some numbers to it, 0-100kph took 5.46 seconds 4.9, the standing kilometre dispatched in a sizzling 25 seconds and a top end well beyond the 250kph electronic speed limiter.

Performance over the 6-cylinder supercharged C32 was negligible, but sometimes there is no replacement for the sound of a V8. Of course, AMG did their level best to make the C55 corner its level best. Affalterbach's master tuners modified and tuned the C's multi-link suspension to create firm, flat and fair cornering.

For many enthusiasts, ESP has always been seen as something of a necessary evil. But in this case, it was very very necessary. Deactivate the traction control and the C55 becomes a tyre-shredder of note. It will comfortably ‘spin on the spot’, and smoke its Pirellis to tyre-heaven. It might not have possessed the dynamic handling of the BMW’s E46 M3, but the C55 was immense fun – whether it was barrelling through corners, or rocketing down freeways at crazy speeds.

Its ride was very firm though, however its supremely stable and well balanced chassis instilled such confidence that you could almost throw this car into any situation and know that it will come out completely in control – provided ESP was in place. Where the C32 AMG model failed to be more than noticeable to the trained eye, the C55 was more sculpted and toned.

Its exterior was clearly distinguishable from other C-Class models by its CLK-like front end, which had been extended by around 80 mm in order to accommodate the beefy V8 engine and incorporated the facelifted C-Class’s three-louvre radiator grille and elliptic twin headlamps. It had far more presence than the C32 AMG, thanks to its redesigned side skirts, 18-inch AMG rims, and quad pipes exiting the rear.