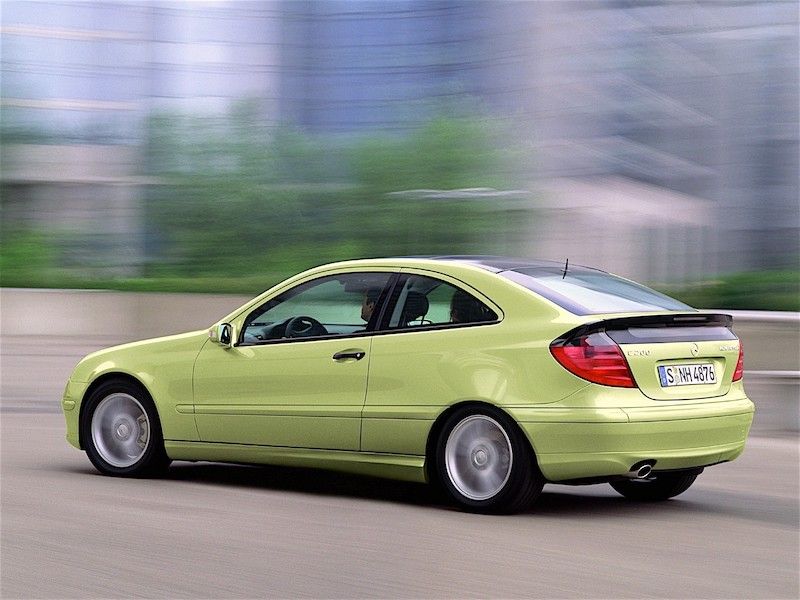 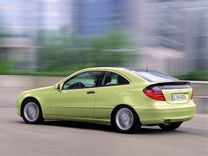 When Mercedes-Benz launched their C230 Kompressor Sports Coupe in 2001, it was unlike anything else that ‘Three Pointed Star’ had ever launched.

Sure they had their tiny W168 A-Class, but that was hardly premium, and neither was it sporty. While BMW offered a coupe variant of their E36 and E46 models, dubbed “Ti”, Mercedes was fashionably late to the party. But when they did arrive, they brought along this sexy little thing.

This was an entirely different machine to the rather pricey and grown-up CLK. It was actually ‘affordable’, and was Merc’s first attempt at targeting a younger market with a sporty, attainable offering. It was priced from R234 000, and when you consider that the comparative BMW 325Ci costed R240 000, it put the Merc’s positioning into perspective.

Mercedes went to great lengths to stress how different the Sports Coupe was from the Sedan, in that it is not just a modified sedan, instead almost all of its sheetmetal had been redesigned. It also got new headlights, a sportier apron and a three pointed star on the grill.

All SA models came with the ‘Evolution’ sports package, which brought some brushed aluminium finishes, leather in strategic places, and some choice lettering throughout. One design element that folks loved was the massive panoramic roof, which stretched from just behind the windscreen all the way to the rear spoiler.

When originally launched in SA in 2001, Mercedes-Benz SA equipped it with a supercharged 2.3-litre 4-cylinder DOHC motor that produced 145kw and 280nm. It was paired with either a clumsy 6-speed manual or a 5-speed automatic transmission. Despite tipping the scales at a somewhat hefty 1.5 tons, the C230K was very brisk, bringing up 100kph in just 8.68 seconds. What was more impressive was how hard it accelerated once it past 100kph.

If ever you had to encounter one on the open road, bear in mind that very few cars in its class would be able to match it in terms of outright acceleration. It eventually reached a maximum speed of 236kph, which was pretty impressive for a small 4 cylinder motor at the time. The 2.3-litre motor was quickly discontinued in favour of a much smaller 1.8-litre supercharged mill that produced similar outputs at 141kw and 260nm, and in 2005, Merc dropped in a 2.5-litre naturally aspirated V6 with 150kw and 245nm. This brought with it a new 7-speed automatic.

And, though the Sports Coupe felt like a boulevard cruiser on the highway, get it onto a tricky, uneven, badly surfaced road riddled with hairpin bends and it really comes into its own. This is thanks in part to the advanced multilink suspension setup that underpins the Sports Coupe. The C230 Sports Coupe is definitely a car that still stands out from the crowd, pairing just the right about of go, with show.

One version of the Sports Coupe that we didn’t get in SA was the 170kw C30 CDi AMG, which to this day, remains the only diesel-powered AMG car. The Sports Coupe eventually became the CLC in 2008 – which was still based on the aging W203 platform - and was eventually discontinued in 2011.