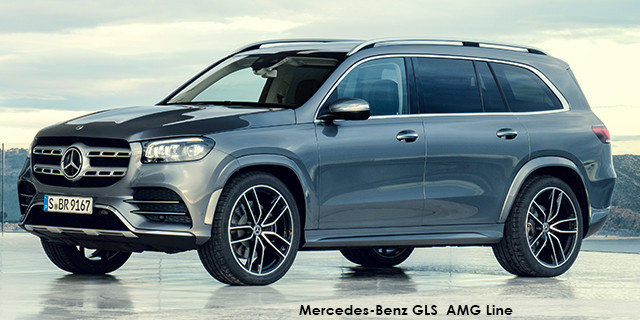 The new Mercedes-Benz GLS is said to be the S-Class of the SUV segment. The 400d offering seems to be a decent all-rounder in terms of effortless power and fuel consumption but what if you want the big-daddy, the noise, and the street cred? Then you need to look towards the GLS 580.

Let’s get the technical stuff out of the way first. The GLS 580 features a new powertrain system that includes electrification.  The V8 petrol engine features a 48-volt on-board electrical system and integrated starter-generator. It has an output of 360 kW and 700 Nm of torque, with a further 250 Nm of torque and 16 kW available via EQ Boost over short periods. The integrated starter-generator (ISG) is responsible for hybrid functions such as EQ Boost or energy recuperation while allowing fuel savings that were previously reserved for high-voltage hybrid technology.

The GLS 580 benefits from the AMG-Line body kit which makes use of sporty bumpers, larger wheels, and an overall road dominating presence. This striking appearance is emphasized by the distinctive headlamp design by day and night. The GLS has MULTIBEAM LED headlamps as standard, with a total of 112 LEDs per headlamp.

The GLS cuts an imposing figure from the rear, too. This is particularly ensured by the powerful shoulder muscle extending from the rear doors to the taillights, which enables the GLS to strike an imperious pose on the road. The two-piece tail lamps are based on LED technology, and their high-calibre, three-dimensional look conveys depth and solidity. The reflectors are relocated lower down, giving the tail lamps a flatter appearance. They are crowned by a slender, continuous chrome trim strip. The rear is strikingly rounded off with the chrome-plated underguard.

The interior of the new GLS is all about luxuriously elegant aesthetics, as evidenced straight away by the leather appointments, which come as standard. They combine the comfort of a Mercedes-Benz luxury saloon with the robustly progressive detailing of an SUV. The central element in the dashboard's design is an impressively sized screen unit embedded in distinctive dashboard support. The dashboard support flows into the door panels, and the integral trim element likewise extends to meet the doors.

The GLS is equipped with the latest generation of the infotainment system MBUX (Mercedes-Benz User Experience). Upgrades compared with the A-Class, in which the revolutionary system made its debut, including two large 12.3-inch/31.2 cm screens. The information on the instrument cluster and media display are easily legible on the large, high-resolution screens. An emotive presentation with brilliant graphics underlines the comprehensibility of the intuitive control structure.

The new GLS has a considerably longer wheelbase than its predecessor (3135 mm, an increase of 60 mm). This creates more space, especially in the second seat row, which can furthermore be adjusted fore and aft. Legroom here is increased by 87 mm when the seats are in their rearmost position, which also makes it easier to get into the vehicle.

As for the vehicles, off-road ability one might think that it is lacking due to its pursuit of on-road performance. This is not the case and the GLS does seem to offer impeccable off-road ability. Available as an option is a transfer case specially configured for superior off-road driving characteristics. In addition to the controlled multi-plate clutch with torque-on-demand function, it also features a reduction gear for off-road driving. As standard however is the brands impressive 4MATIC all-wheel-drive system as well as adaptive air suspension and a special ‘off-road’ driving mode which combines all the various elements to offer capable off-road ability 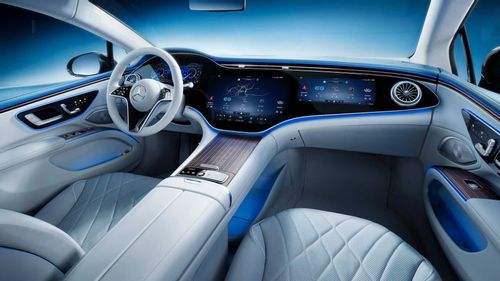 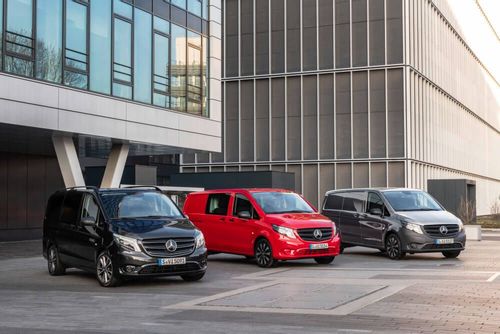