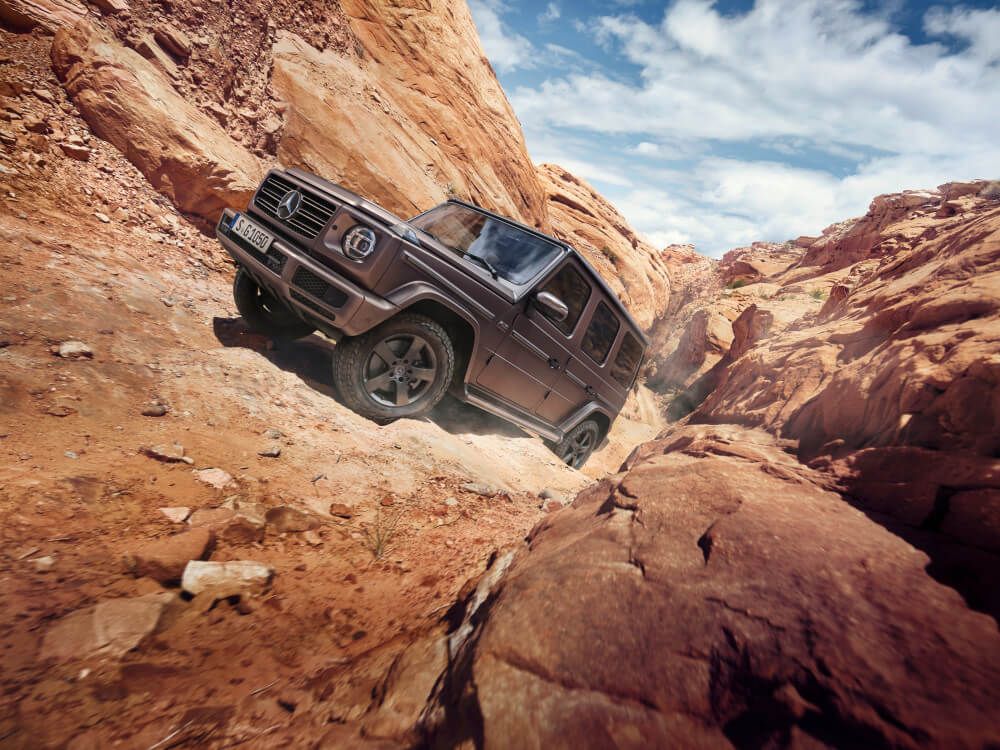 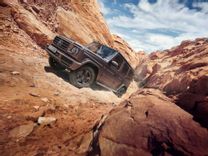 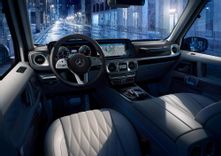 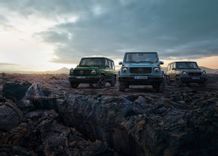 The Mercedes G-Class range has always been prestigious, it has become a nameplate that symbolizes �wealth� to many. But what a lot of people don�t know is that the G-Class didn�t get there overnight, in fact, it took over four decades to achieve this elite status. The idea of a Mercedes-Benz Gel�ndewagen (in English translates to "cross-country vehicle") first began in the early 1970s, it was set to be a collaboration between the then Daimler-Benz AG and Steyr-Daimler-Puch in the Austrian city of Graz.

The first G-Class got built and launched in the spring of 1979, it was available in four engine variants, ranging from 53 kW to 115 kW. In fact, one of the earliest orders of the G-Wagon was reported to be from the Shah of Iran for his military, but complications saw the order fall through. In November 1980, Pope John Paul II was caught being chauffeured in the 230 G model, giving the G-Wagon further exposure on its rise to the top.

In 1989, Mercedes launched their new facelifted model series. It would mark the beginning of an evolution for the off-roader. This series was a pinnacle in the G-Class series as it would set the benchmark for all G-Wagons.

2019, marked the 40th anniversary of the G-Wagon and to celebrate. Mercedes-Benz had unveiled a range of highlights for G-Class fans, starting with the special STRONGER THAN TIME model � including the exclusive G 400d, as well as the J40 Edition which offered to be the most powerful expansion stage of the efficient inline six-cylinder diesel engine.

The G-Class is by far on of the longest-standing passenger car model series built by Mercedes-Benz. It has become the standard for all off-road-vehicles to amount to. The quality and durability of G-Class vehicles is remarkable with 80 percent of all the G-Class vehicles ever produced, still in use.

Like any G-Class celebration, Mercedes celebrated their 41st Anniversary in style by giving us a little treat at their Zwartkops Advanced Driving facility. We got to sample the G 400d, a diesel engine that has an output of 243kW and an impressive maximum torque of 700 Nm. The performance on the G400d was certainly more than sufficient, this big tank will get you from 0-100km/h in 6.4seconds and is capable of being thrown into corners with ease, certainly impressive for a vehicle of this size.

The G 400d comes in AMG Line guise and features flared wheel arches over black 20- inch AMG multi-spoke light-alloy wheels, AMG design elements can be seen in the bumpers and an exterior protective strip too, while the brake calipers come with Mercedes-Benz lettering. The standard-fit Night Package will also be available and will come with the special model, it features darkened lights and outside mirrors, a spare wheel ring, and design elements in the bumpers in obsidian black and tinted rear windows.

The G-Wagon is a capable SUV both on and off-the-road, we were lucky to get access to a short obstacle course at Zwartkops to test the capability and comfort of the G-Class. The course was certainly no match for G-Wagon, conquering the little obstacles with no effort whatsoever. What really surprised me was just how comfortable this SUV can be even while you are climbing through a donga you are cushioned by soft Nappa leather and remain in total luxury.

The Mercedes-Benz Editions are available in two looks: traditionalists will be delighted by a variant whose interior is characterized by black Nappa leather with golden topstitching as well as trim elements in open-pore black ash. There are several paint and interior options available to those wanting a particularly exclusive G-Class.

After driving the G63 Edition One last year and now spending a short time with G-Class G400d Stronger Than Time Edition, the most sensible choice will certainly be the G400d. It provides all the creature comforts and luxuries one would desire from a premium SUV. In addition, the superb performance from the diesel-powered G400d combined with equally impressive fuel economy is a good balance on this derivative.

Buy a new or used Mercedes-Benz G-Class at a great price.
We put you back in control, make a single request and get up to 3 quotes from dealers nationally.
Coming soon