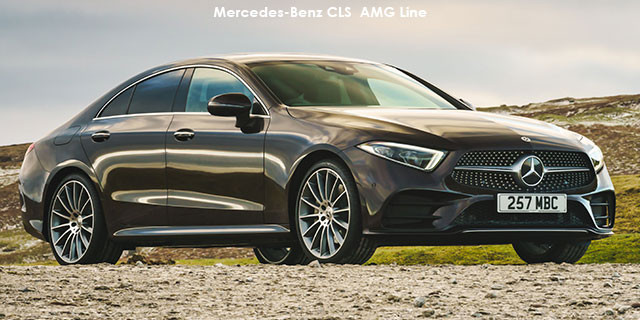 There are two major trends in the motoring world right now – electrification and SUV’s. Electrification is big but SUV’s are even bigger, and in a world where every manufacturer is allocating more and more money to develop SUV’s, the new Mercedes-Benz CLS provides a refreshing alternative to a modern day luxury SUV. We lived with one for a week to see what it was like.

The third-generation Mercedes-Benz CLS-Class was introduced to the South African market earlier this year. There are only two models available, allowing buyers to choose between the CLS 400d and the slightly more potent CLS 53 AMG-model. The avid CLS enthusiasts will notice that there is no mention of a third-generation CLS 63 and that’s because it was ‘replaced’ by the AMG-GT 63, leaving the CLS-Class in a very strange space in the Mercedes-Benz product range. It is a sedan built on the same platform as the new E-Class, which makes it a sedan version of an E-Class coupe. It’s a very confusing concept that left me with great expectations for the CLS.

Our test unit arrived and I was instantly mesmerised by the design of the massive coupe-sedan. It was low, long and extra curvy. After a few minutes of walking around and actually getting a good look at it, I could see a lot of previous Mercedes design cues that were very nicely integrated into the CLS. The new Multibeam headlights, for example, are very similar to those on the new A-Class and the AMG-GT 63. There’s an air-vent on the front bumper that also very similar to the one found on the last-generation S63 AMG. The taillights are reminiscent of those found on the new S-Class coupe, reaffirming the ‘S’ in CLS.

The styling of the CLS 400d that we had was brightened up by the AMG styling package, which included a set of classy 20-inch wheels. The side profile of the CLS 400d is my favourite thing. Its long and imposing, but in a tasteful and stylish way that a normal E-Class couldn’t really achieve as effortlessly. The roofline is low and swoops into the rear end, but that design comes at a price. The low roof makes getting into and out of the car a bit of a task for taller people, but its easily forgivable once you’re actually sitting in the sporty, low seating position.

The interior is in line with the newest Mercedes design philosophy, with your attention immediately drawn to the massive widescreen display that extends from the centre of the car all the way to the end of the driver’s side. The screen is split into two, with the centre bit handling infotainment and the driver’s side acting as a fully digital instrument cluster. The infotainment screen is controlled by a dial in the centre console, as well as two touch pads on either side of the new multifunction, flat-bottom steering wheel. Apple CarPlay is supported through USB and there’s also a wireless charger included. Our CLS 400d was also equipped with the optional high performance Burmeister sound system which is exponentially better than the standard Mercedes-Benz sound system.

Now let’s talk about the engine. The Mercedes-Benz CLS 400d is powered by a 2.9-litre straight-six turbodiesel engine. The engine is mated to a snappy 9-speed geartronic transmission that gears up and down effortlessly and smoothly. It’s also a pretty quick car, too. With 250kW of power and 700Nm on tap, the CLS 400d puts the power down properly and through the assistance of 4MATIC all-wheel drive, it’ll accelerate from 0-100km/h in 5-seconds. The benefits of having a diesel engine with all of that power is that it is very economical. In fact, the consumption figure dabbled around the 7.5-litres/100km mark for most of my time with it.

After a week with the CLS 400d, it makes sense. In fact after driving the new GLE-Class, as nice as the SUV is, I would rather buy a CLS instead. It’s not as practical, but it looks sportier, performs and handles a lot better and is very efficient when you need it to be.

Buy a new or used Mercedes-Benz CLS at a great price.
We put you back in control, make a single request and get up to 3 quotes from dealers nationally.
Coming soon