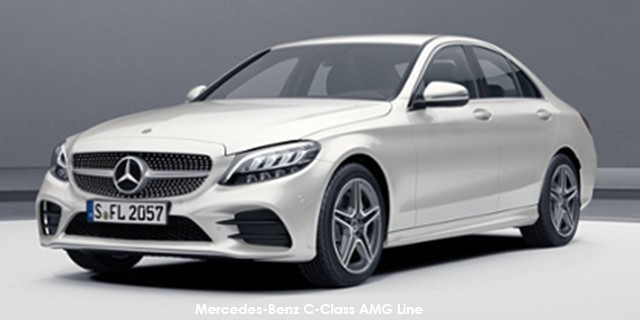 In the face of strong competition, Mercedes has refreshed its venerable C-Class, making it even better than ever

Timing is everything. And Mercedes-Benz, now the number one luxury automaker on the planet, knows a thing or two about that. It seems every time Mercedes launch a new model, it goes on to not only send shockwaves throughout its segment, but it goes on to become a sales revelation.

When Mercedes-Benz South Africa launched their high-tech new C-Class back in 2014, they did it to much fanfare, even opening up a place outside Johannesberg called ‘C-Class World. To say that the success of the C-Class was massively important to the future plans of Mercedes would have been an understatement. But the W205 hit the ground running, and pummelled its arch rival, the BMW 3 Series, into submission.

BMW needed to come back hard at its German rival, and went back to the drawing board to create an all-new 3 Series to take on the aging C-Class. Even Audi got in on it, giving their A4 compact sedan a subtle refresh. But the boffins at Mercedes knew what was coming their way, and got to work on refreshing any vulnerable areas on the C-Class.

This is the result. The updated C-Class, in C200 guise. While it might be tricky for those with an untrained eye to spot the difference, we here at Auto Advisor aim to please. Let’s start with what’s under the hood. The C200 uses a turbocharged 2.0-litre petrol motor, and outputs 135kw, and sends power to the rear wheels via a 9G-Tronic automatic gearbox. But this C200 has a little trick under its sleeve – a belt-driven generator fed by a 48-volt mild hybrid system that boosts output by an additional 10kw and 160nm of power for short bursts of acceleration, taking output to 145kw and 280nm of torque.

The exterior has also come under the knife, gaining a restyled AMG body kit that incorporates new front and rear bumpers, side skirts, wheel options and a new rear diffuser. The headlights and taillights have also been updated, gaining LED technology as standard fitment.

There are some significant updates to the Artico-upholstered interior too, with a version of Mercedes’ new MBUX system available, as well as the optional new 12.3-inch infotainment display and a 10.25-inch free-standing infotainment display. But this test car doesn’t have those unfortunately. Instead it uses the analog dials from the pre-facelift variant, and a very small infotainment screen. Suffice to say, this is as basic as the C-Class interior comes. It still retains its famous touchpad but now features haptic feedback, and also gains a steering wheel that features touchpads for controlling displays. There have also been some minor trim updates as well.

As before, safety is good, as the C200 features seven airbags, ABS and EBD, BAS and EBA, a rain sensor for its wipers, electrically-adjustable heated side mirrors, remote central locking, a tyre-pressure monitor, cruise control and a warning triangle as standard. As you imagine, there is a very long list of optional extras, with items ranging from a panoramic sunroof, to navigation to a heads-up display all on offer.

However, the C200 doesn’t represent the entry-point into C-Class ownership. That honour is reserved for the C180. That said, the C200 is available in a variety of derivatives. If you’re more into the rental car look or aspire to be a luxury Uber driver, the entry-spec C200 will likely tickle your fancy. It’s priced from R640 136, which is slightly cheaper than the entry-level BMW 330i priced at R652 416. That said, aside from being a newer model, the 190kw 330i has a far more potent motor. BMW will be releasing a 320i version to directly compete with the C200 in due course.

But comparing like-for-like with what’s available is a bit closer than we expected. While the C200 is available in three specification levels – Standard, Avantgarde and AMG Line – the 330i M Sport tops that two derivative line-up. And while the 330i M Sport is priced at R699 816, the C200 carries a price tag of R640 136, R678 436 and R694 136 respectively. And if you need a variant that is a bit more glamourous than the sedan, Mercedes has the C200 Coupe AMG Line available from R702 136. The C200 comes standard with a 2-year/unlimited kilometre warranty and a 6-year/100 000km premium maintenance plan.

Buy a new or used Mercedes-Benz C-Class at a great price.
We put you back in control, make a single request and get up to 3 quotes from dealers nationally.
Coming soon