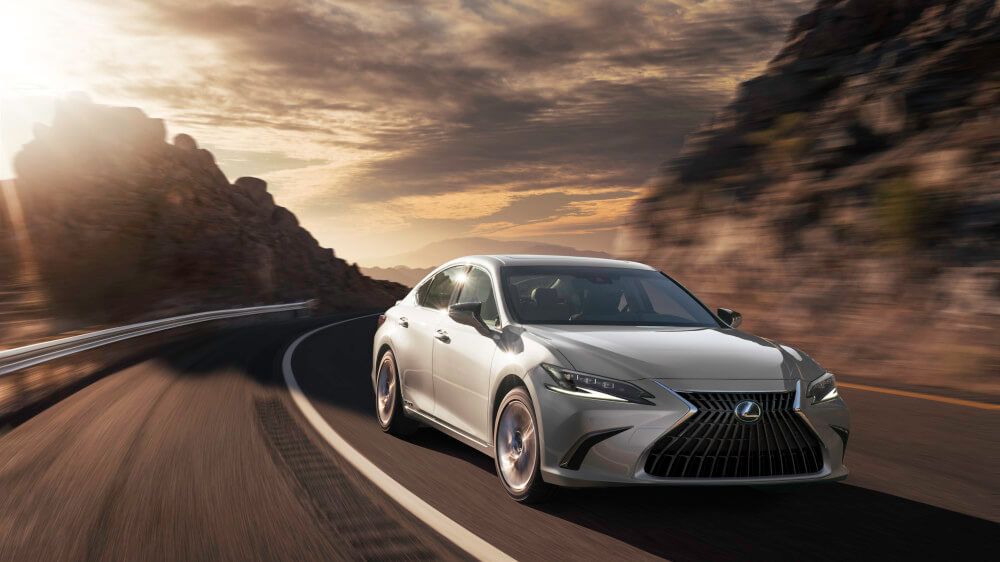 Lexus has revealed its latest ES model, meaning that its iconic ES series will live on. As many know, the Lexus ES holds a special place in the brand’s heritage and has sold over 2.65 million units in 80 countries across the world. In South Africa, the ES model has gotten a fair share of success but what can we expect from this updated version. For starters, we do know that the latest Lexus ES will be available within the last quarter of this year. Locals will get three models to choose from, with its two hybrid grades, the entry-level XE and top-spec SE, being its other options.

The technology and styling found in LS sedan will be extended to the latest ES. The ES will get design elements that will complement its sleek coupe-style silhouette. This includes the adoption of geometric square bezels within the headlamp cluster creating a more formal appearance, while still incorporating new BladeScan adaptive high-beam technology.

To distinguish Lexus latest luxury sedan will be the redesigned of the trademark-Lexus 'spindle' grille which incorporates an L-shaped mesh pattern that emphasizes lateral flow. In terms of wheels, the Lexus ES will ride on 17- and 18-inch wheels dependant on the grade chosen for its local market. To further emphasize its drive comfort and agility will be the fitting of the latest Lexus Driving Signature. Lexus has also improved the interaction with the ES by introducing its renowned Lexus hybrid-electric system and brake controllability.

Inside, the ES will get a newly applied Hazel interior colour which follows the existing availability in the flagship Lexus LS. The new interior colours will be further complemented by two new exterior colours - Sonic Iridium and Sonic Chrome. The ES will feature its Lexus Connected Services as well as the latest Lexus Safety System.

In terms of safety, the ES’s latest improved Lexus Safety System, will feature Pre-Collision Systems (PCS). The PCS was designed to detect daytime cyclists and pedestrians in low-light conditions as well at intersections. These newly adopted functions will also include Emergency Steering Assist, which will assist steering within the vehicle's lane as cued by the driver. Also featured will be a Low-Speed Acceleration Control, which supports the prevention of collisions caused by pedal misapplication at low speed. Controllability has also been improved for the Dynamic Radar Cruise Control and the lane-recognition functions of Lane Tracing Assist (LTA), which is an advanced driving support function that supports steering to keep the vehicle in the centre of the lane.

As said before this minor range is set to be launched in the fourth quarter of this year, giving Lexus enthusiasts something to look forward to this year.