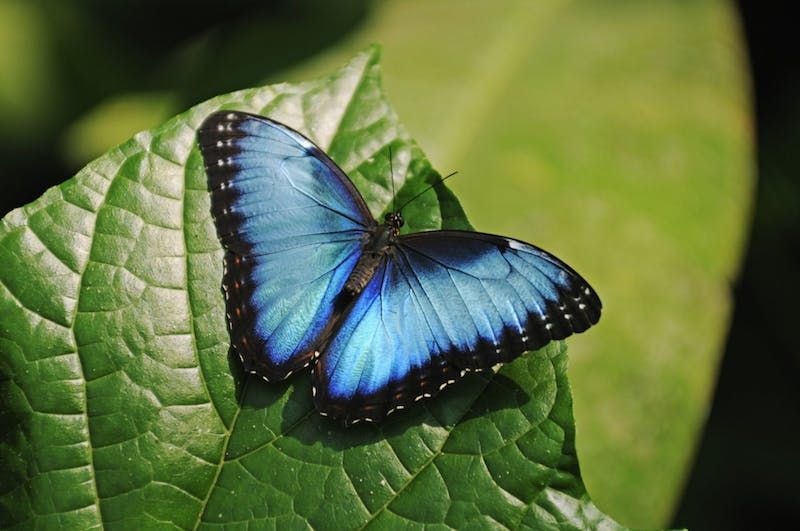 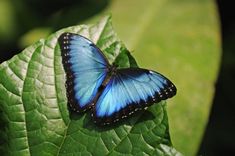 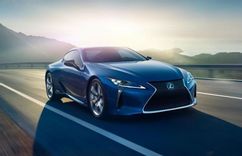 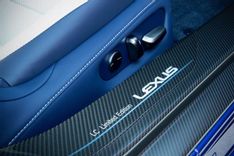 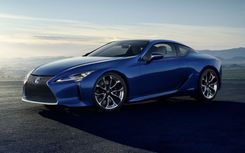 Lexus has been inspired by a butterfly's wing to produce a dazzling new paint shade that uses ground-breaking technology developed during a 15-year research project.

The Lexus research team's inspiration for the new colour - Morphic Blue came from the American Morpho butterfly, which is renowned for the deep, shimmering blue of its wings. Originally called Structural Blue, Morphic Blue is the result of painstaking research into how advanced technology can produce a finish that is deeper, more lustrous and essentially more "blue" than anything seen before.

First presented on the Lexus LC grand tourer at the 2016 Geneva motor show, it has now been developed for production, adding extra elements of exclusivity and hand-finished quality to the brand's sensuously designed LC coupe.

The exclusive, shimmering new shade will make the new LC500 luxury coupe stand out from every other car on the road. These cars will be the choice of connoisseurs who recognise and value both the application of advanced technologies and the highest standards of Lexus Takumi craftsmanship.

Due to the intricate technologies and fine quality of the process, only two Structural Blue cars can be produced in a working day at the Lexus Motomachi factory, the high-technology home of the LC. The 15-year quest to develop Morphic Blue was a collaboration between the automaker's US and Japanese technical centres and California-based VIAVI Solutions Inc., a leading provider of thin-film optical coatings and pigments.

The creation of Morphic Blue is an achievement that presented exceptional technical challenges. In their intensive search to create the new colour, the team studied the structure of the Morpho butterfly's wings to determine how a similar iridescent effect could be achieved with vehicle paint. Despite their appearance, the wings are colourless. The blue seen by the human eye is created by light interference on the microscopic lattice surface structure of the butterfly's wings.

Replicating such high luminance and colour saturation required unprecedented efforts to develop a new kind of multi-layered pigment. At first it seemed the challenge was simply too great: the desired quality could be secured only by using a pigment with 40 separate layers.

But the team persevered, constantly improving the process until the effect could be achieved with just seven layers, making it practical for use on highly exclusive vehicles. The pigment is used to produce a new paint in a production process taking eight months, including 12 production steps and 20 quality inspections.

The paint is applied to the LC's bodywork in a 15-micrometre layer between the primer and clear coats. Nano-structures - super-small flakes - in the paint generate iridescence, giving the impression of the colour constantly changing with the light.

Conventional pigment paints reflect less than 50% of incoming light as a visible blue colour, but with Morphic Blue the level is nearly 100%. In total, 300g pigment with 300 billion pigment flakes are used for one LC.

LC models in Morphic Blue will feature a cabin presented in the LC's Breezy Blue colour combination, with a mid-blue semi-aniline leather for the upper door trims, steering wheel, instrument panel and centre armrest. This contrasts with white fine-leather-accented seat upholstery and vivid orange for the shift lever surround and the draped Alcantara door panels. The headlining is also finished in Alcantara. As in the standard LC500, a naturally-aspirated 5.0-litre V8 sends 351kw and 540nm to the rear wheels via a ten-speed automatic transmission.

Lexus South Africa has confirmed that the very special LC500 will be arriving in August 2018 – in extremely limited numbers - and that pricing will be released closer to its local launch.